The history behind 60 years of Ben's Chili Bowl

Ben's Chili Bowl is a piece of D.C. history that stood tall, while everything around it crumbled. During the 1968 riots, Ben's was the only business to stay open. 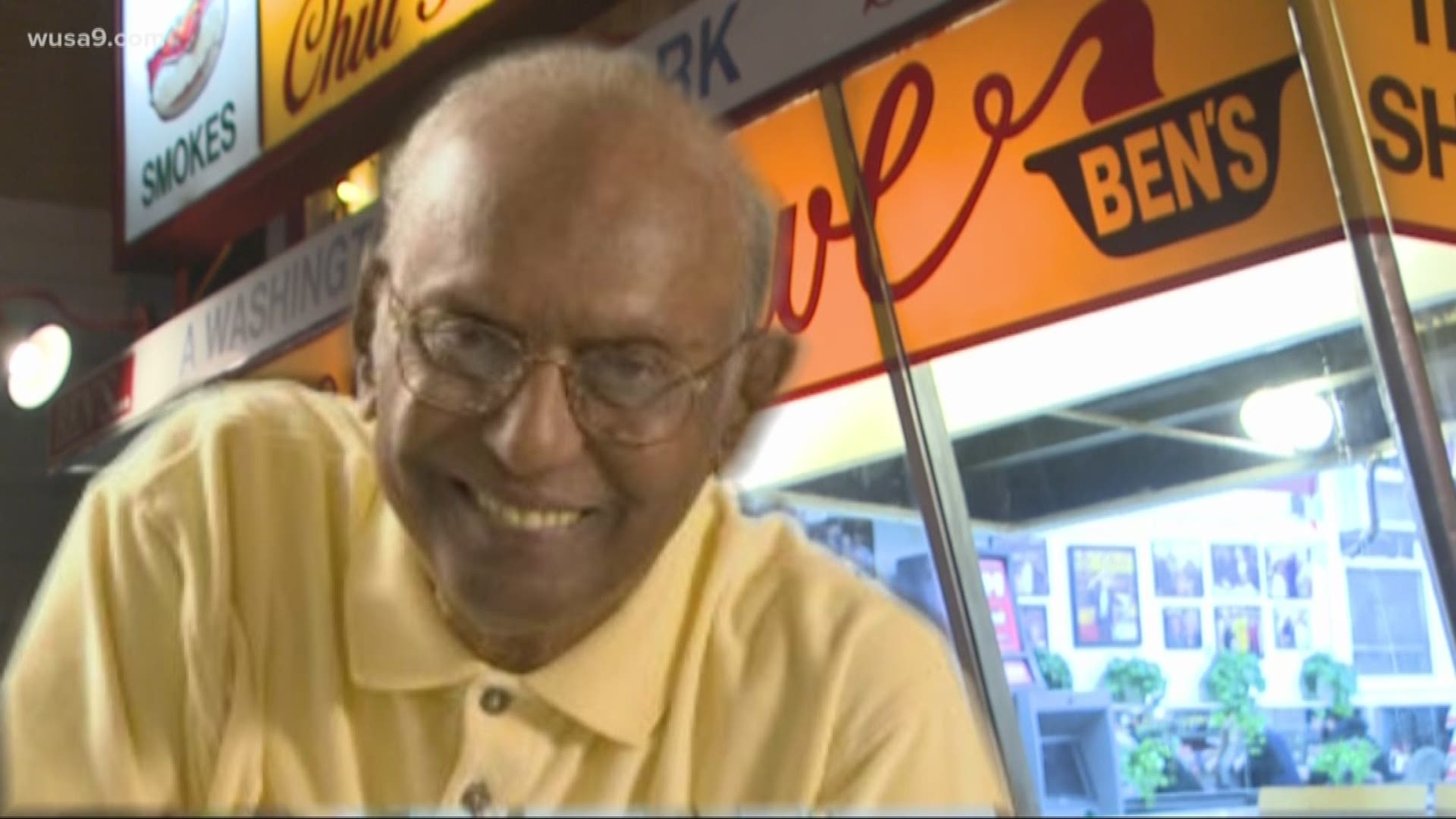 WASHINGTON -- Ben's Chili Bowl is a D.C. staple. Ben Ali, a Trinidadian born immigrant and his fiance, Virginia, opened the iconic restaurant in 1958. The two married seven weeks after the doors to the restaurant opened.

Ben's Chili Bowl is a piece of D.C. history that stood tall, while everything around it crumbled. During the 1968 riots, Ben's was the only business to stay open.

"We were the only place allowed to remain open during three nights of curfew," said co-founder Virginia Ali."

The employees fed first responders and black activists trying to keep the peace. This was all while chaos ensued outside. Ben's served as a peaceful gathering place and safe haven for all people.

"We were able to survive segregation, integration, the riots, the drugs and construction of the subway system that was debilitated and we're still here. It reinforces the fact that we are a strong people," said Ali.

The pictures on the wall in the restaurant help tell the community's story. It's a story of perseverance and determination.For years, the restaurant has been serving its famous Half Smoke sausages. Over the years the restaurant has attracted thousands of celebrities and politicians. Ben's Chili Bowl has also been seen in films like State of Play, The Pelican Brief and Talk to Me.

In 2008, Ben's Chili Bowl opened a second location. The following year, on October 7, 2009, Ben died at the age of 82. The couple's sons have since taken over daily operations.

Sixty years later, the building still stands, symbolizing the heart and soul of this city.