Surveillance video obtained by WUSA9 from a store clerk at the gas station showed the moments shots rang out. 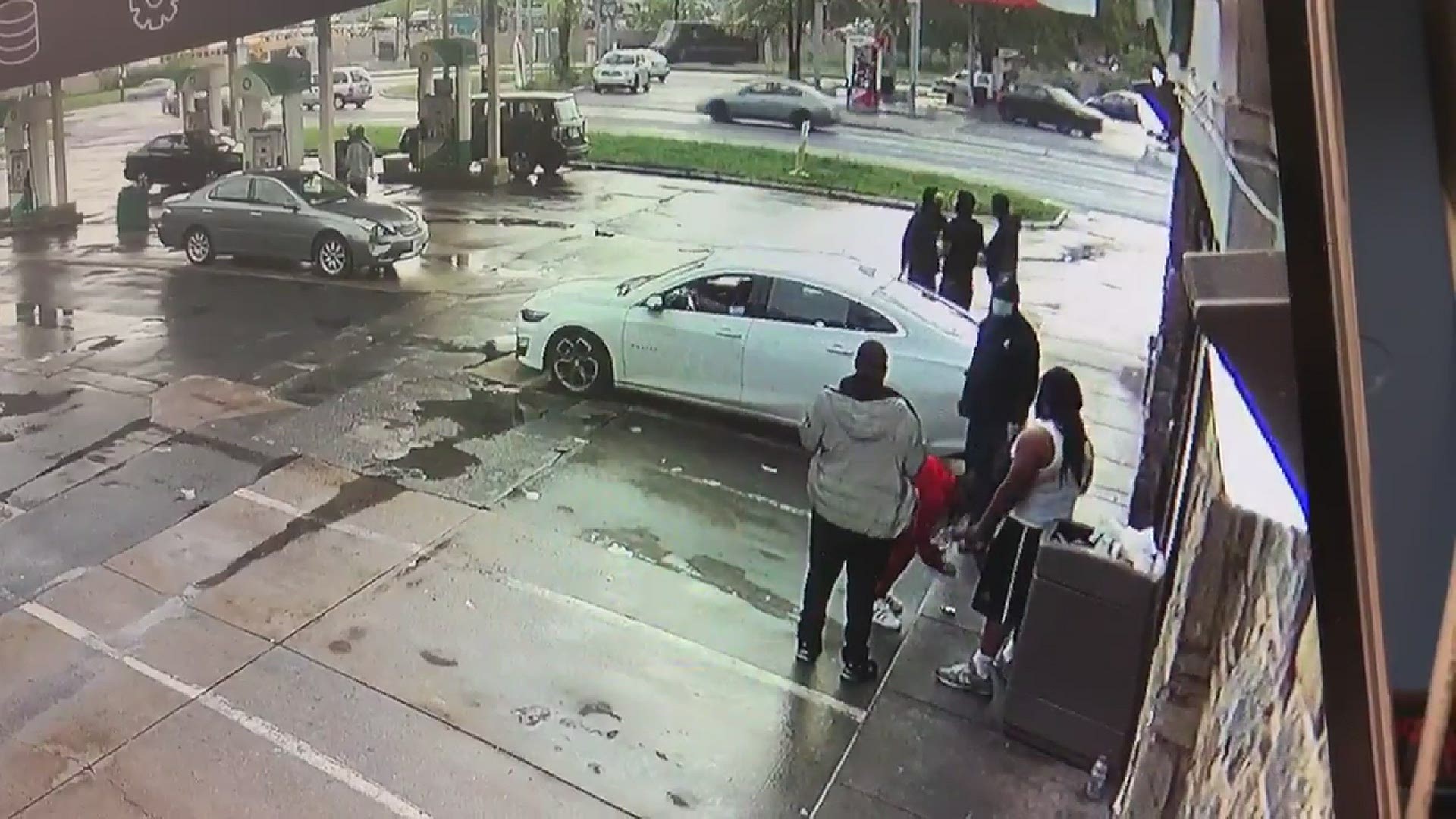 CAPITOL HEIGHTS, Md. — A woman injured during a shooting at a gas station Tuesday night in Capitol Heights has died and a teenager also shot is recovering from his injuries, according to Prince George's County Police. The shooting occurred just feet away from children.

The Prince George's County Police Department said the shooting happened around 7:15 pm on Tuesday at a BP gas station parking lot along the 6700 block of Walker Mill Road.

Surveillance video obtained by WUSA9 from a store clerk at the gas station showed the moments shots rang out.

A group of people standing outside the convenience store can be seen jumping for cover while a teenage boy falls to the ground. Seconds later, the teen who was shot begins crawling to get behind a nearby car.

#BREAKING: @PGPDNews just confirmed that the woman who was shot at the gas station on Walker Mill Road yesterday has died.

They said more information, including her identity, should be coming out shortly.

Thinking of her friends and family 🙏💔 @wusa9 https://t.co/SOPNVsDaLm

A woman who was standing near the driver's side of the car said two children were in the backseat at the time of the shooting. She said a woman sitting in the front passenger seat was shot in her side; that woman has since died of her injuries.

The teenager suffered injuries in the shooting but is expected to recover.

Both victims were taken to the hospital for treatment.

The woman who died has been identified as 23-year-old Phajia Hutchinson of Silver Spring.

2 people shot. A woman (passenger side of white car) now in critical but stable condition.

Children were in the back seat of the white car@PGPDNews searching tonight for whoever is responsible pic.twitter.com/YSsU4S65z5

Following the incident, a police department spokesman said the shooting put many people in danger.

"It’s still daylight, this is a busy area," said Officer Thomas Lester. "It’s certainly unfortunate that someone would think it’s appropriate to shoot at anyone, let alone some citizens that are here at the gas station.”

Police did not release any suspect information or lookouts.