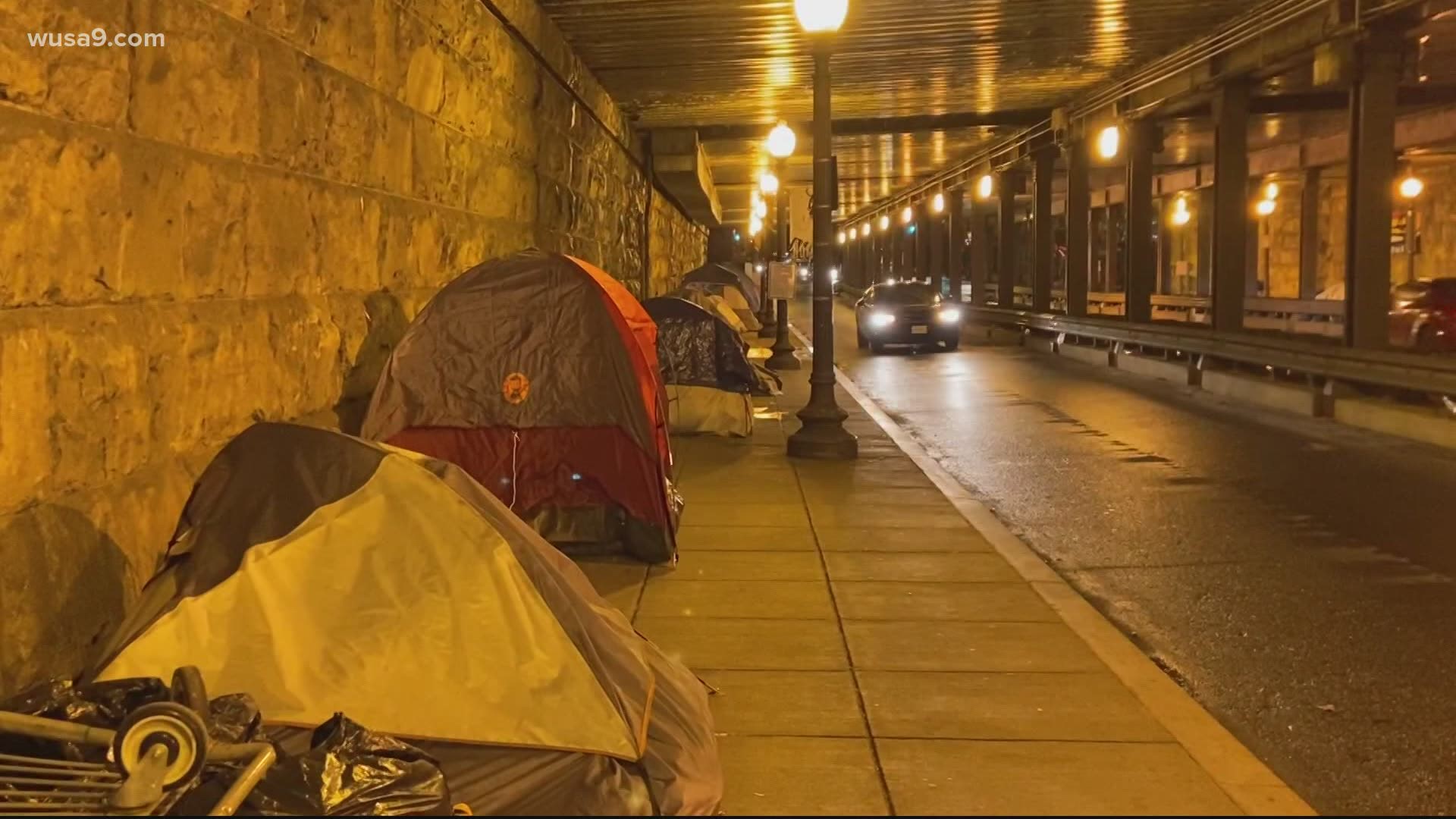 WASHINGTON — Newspaper clippings preserved by the Library of Congress unveil the long history of sex work in D.C. – dating back at least as far as the Civil War.

Today, sex workers are among the hardest hit by the coronavirus pandemic.

“The looming problem I see is homelessness,” said Tamika Spellman, a policy and advocacy associate at HIPS, a D.C. organization that serves and advocates for sex workers. A former sex worker herself, Spellman has spent decades as a voice for black and brown trans women and sex workers.

She says their oppression is not new.

Those who enter sex work often do so because they are already marginalized and feel they have no other way to pay the bills, according to Human Rights Watch. This includes trans and Black and brown people, who are more likely to face workplace discrimination, poverty and lack of opportunity.

“Everybody doesn’t fit in with the traditional environment of work,” Spellman said.

And once you’re in – once you participate in an industry that is in most places, including D.C., illegal – you can be ensnared, Spellman said.

According to Amnesty International, sex workers have lost much of their income since the beginning of the pandemic.

And yet, they’re ineligible for many of the resources helping millions of Americans get by.

Under the Code of Federal Regulations, the temporary programs created through the CARES Act exclude businesses “of a prurient sexual nature.”

So even though sex work is not illegal federally, sex workers are ineligible for economic impact payments offered through these programs.

“I don’t know that sex workers got anything related to the stimulus,” Spellman said. “There was nothing available to them.”

Now, local groups are stepping up.

HIPS and No Justice No Pride launched a fund last spring to provide assistance to sex workers impacted by the pandemic. According to their GoFundMe page, in the first month they handed out nearly $50,000 and fulfilled more than 200 requests.

But the page has been on hiatus for months due to a level of response that Spellman described as overwhelming. She says local organizations, already stretched thin, lacked the time and capacity to keep the fund alive, though they hope to bring it back by the end of the year.

Organizations globally are taking action too, demanding that governments include sex workers in their COVID-19 response.

“Sex workers have not only been seriously impacted by the COVID-19 pandemic, but also by governments’ emergency responses that, in many contexts, have been punitive, overbroad, and/or discriminatory,” Amnesty International wrote in a public statement on July 28.

Spellman agrees. Not only are sex workers more likely to catch COVID-19 because of the nature of their work, she says, but they are also often more vulnerable in the first place if they lack access to healthcare or housing.

That's where HIPS comes in: though the pandemic has interfered with many of their services, they are still offering clinical services and clothing to those who need it. And Spellman is a house monitor in one of their free housing facilities.

Our Services
Our Drop-In Center is open Monday 10:30AM-4:00PM, Tuesday-Thursday 10:00AM-4:00PM and Friday 1:00-4:00PM. The HIPS Drop-In Center is a safe, non-judgmental space for people to stop by, receive services, or just rest. Our center is a judgement free safe space welcome to all. We aim to enhance community, health, and individual wellness in this shared space.

As D.C. nonprofits work to meet people's needs, Spellman says the high demand for these services indicates that government assistance never reached those who need it most.

“We deserve just as much of a fair and balanced approach to helping us to survive,” Spellman said. “You can give millions and millions to businesses that are thriving, why can’t you help the poorest of the residents here in the city?”

RELATED: 'Nobody should feel hate when they're in a healthcare setting' | Proposed Montgomery Co. bill aims to protect LGBTQ+ seniors