Sisters use art as activism, give back to Black and Brown communities

A group of artists called 5ive Creatives set up an affordable virtual art show, with proceeds going to organizations that help Black and Brown people. 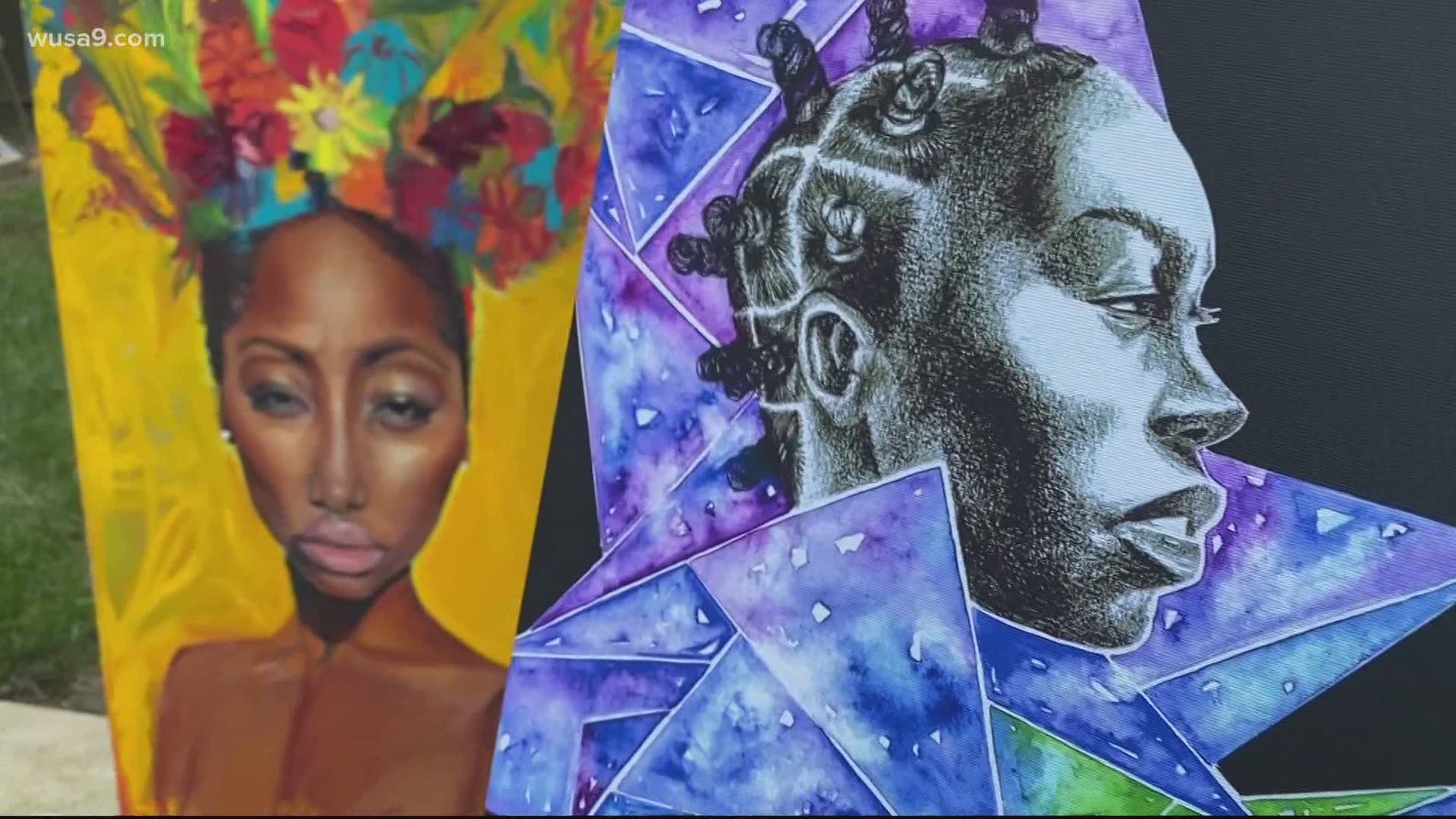 GLENN DALE, Md. — After joining the MoeChella protest in D.C., two Maryland sisters, both creatives, decided to use their art as activism.

With family ties to Minneapolis, George Floyd's death and the resulting protests hit home for them.

“It was very empowering," Kalyne Bruce said. "It had a big impact on us.”

Kalyne, a videographer, and her younger sister Olivia Bruce, an artist, were moved by the protests and felt compelled to act.

“One quote that came to mind, especially after leaving the protest was something that Nina Simone said is that 'the artist’s duty is to reflect the times,' and I just knew then we have to do something," Olivia said.

The sisters partnered with other artists to form the group 5ive Creatives and set up an affordable virtual art show. It features prints of artists' pieces from across the country, ranging in price from $30 to $100.

All of the proceeds go to organizations supporting the Black and Brown communities in the DMV and Minneapolis, particularly those affected by the pandemic or protests.

“Our goal is to showcase that beauty that we have within ourselves as Black and Brown people that isn’t often shown in media," Olivia said. "When I draw, I tap into those memories from when we’re at the protest and those memories of myself growing up or how I see myself or my sister…I just see the beauty within them all and the greatness within them, and I think when you look at this work, you feel that.”

She said originally, they had planned to feature only artists from the DMV, but it quickly expanded once artists across the country got word of the initiative.

“That’s why it was so important to reach out to different artists, because we all have different experiences," Kalyne said.

They're still looking for more artists to lend their voices and paintbrushes, so if anyone wants to donate a piece, you can email the team at 5ivecreatives@gmail.com.

The Bruce sisters said they are hoping to hold a similar virtual art show biannually.