Go-go music has been heard through the streets of the District during protests that have now spanned 10 days, sparked by the killing of George Floyd. 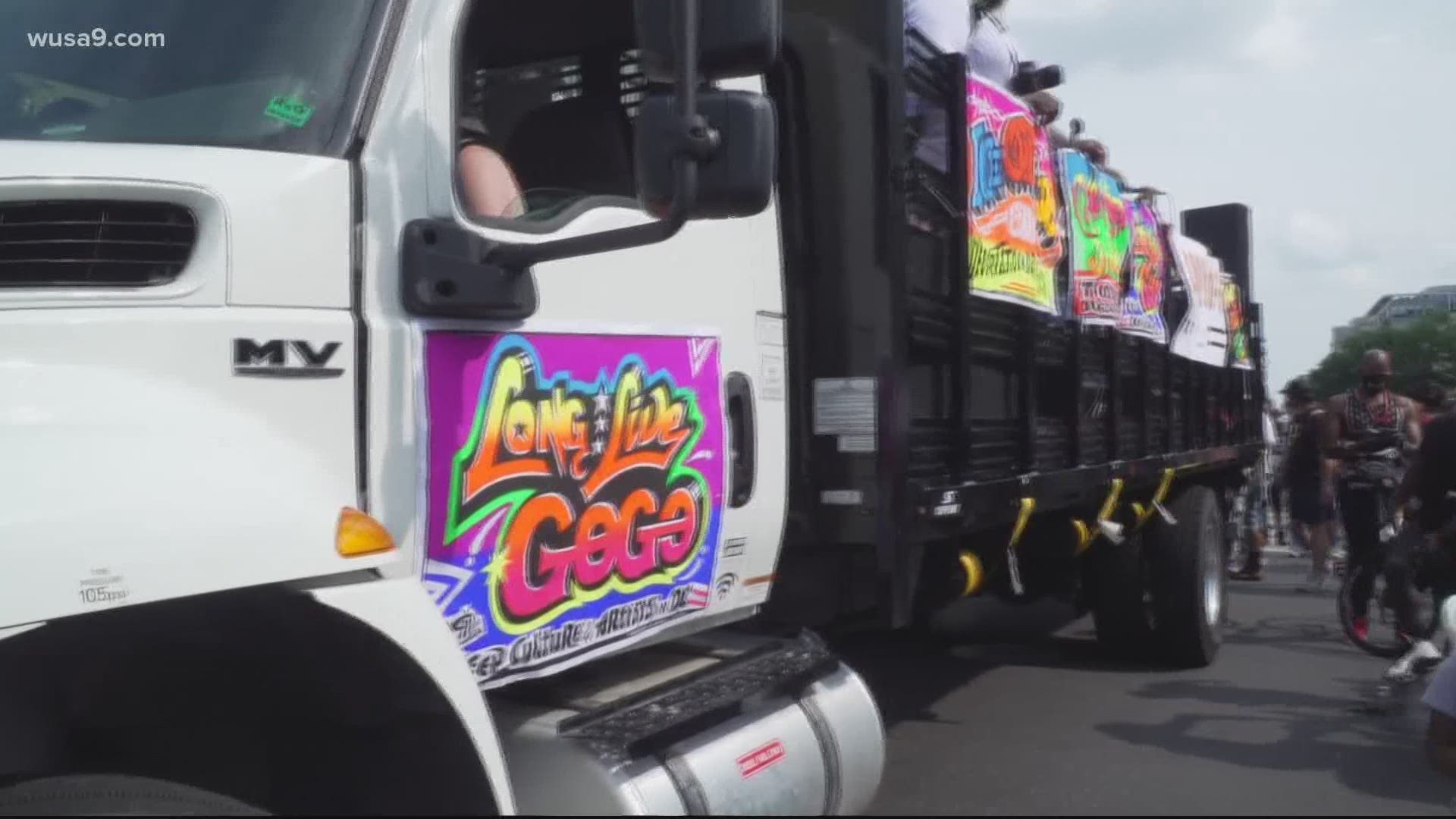 WASHINGTON — Protests and Washington D.C. go hand in hand at times due to it being the Nation's Capital, but recent protests over police brutality and social injustice have seen something uniquely D.C. take center stage.

Go-go music has been heard through the streets of the District during protests that have now spanned 10 days in response to the killing of George Floyd in May.

A staple of D.C.'s music scene, Go-go music this weekend drove a grandmother to dance in the streets, has been the beat to marches through downtown and is keeping the pulse of this city going as hard conversations are being had about race.

What usually is used to mention certain parts of the District -- the "call and response" aspect that is known in Go-go music -- helped start chants for social equality near U Street on Saturday. The music was even part of a march that went through the Scott Circle Tunnel.

"As a black man who grew up right here in this city. Today was emotional, powerful and unforgettable. Go-go music is the soundtrack of our lives, we use it in the good times and in the bad," said WUSA9's Michael Quander when covering protesters. 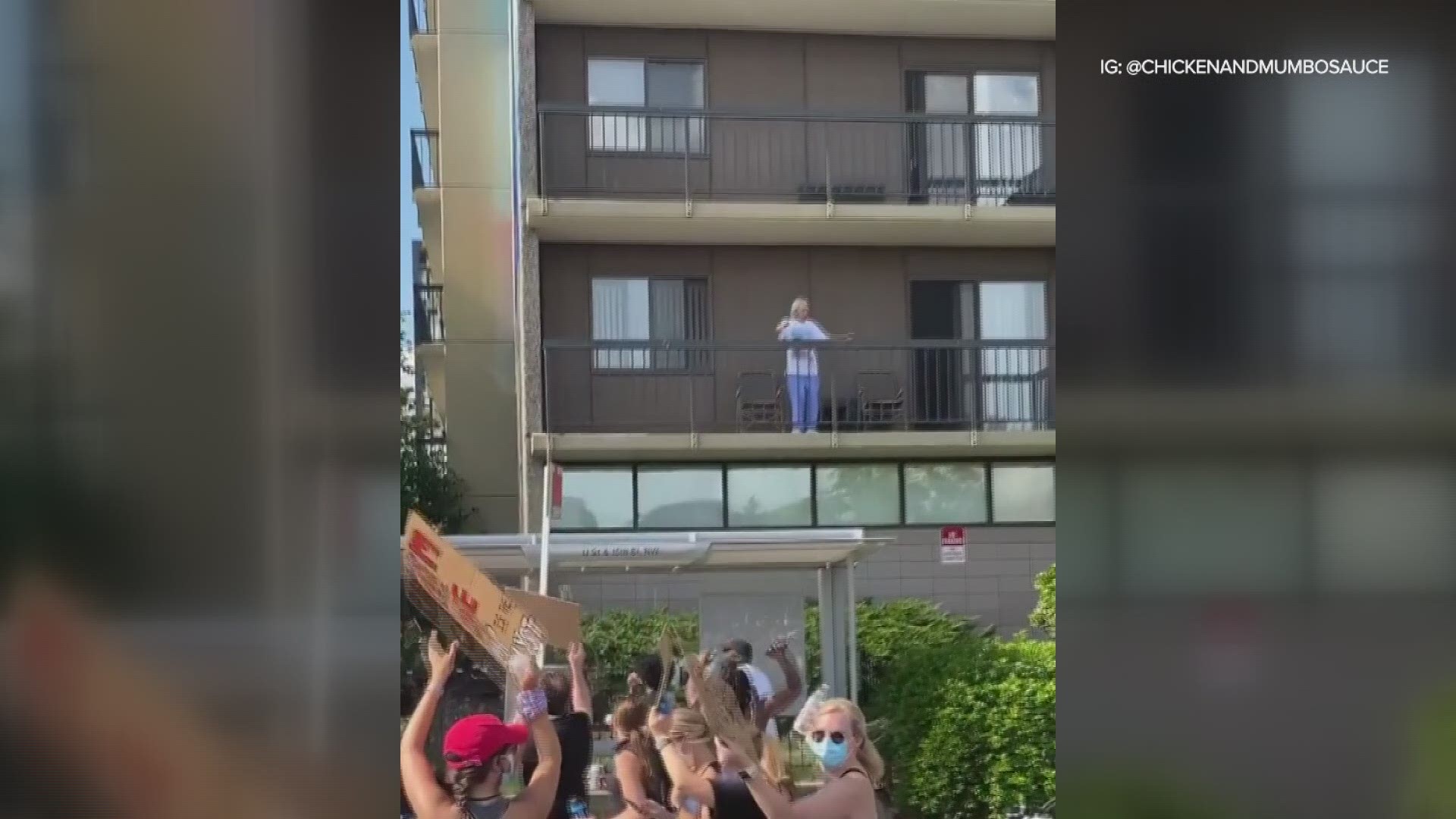 Go-go music has been a part of the District since it was introduced in the 1970s by musician Chuck Brown who laid the foundation for the funky, percussive sound that has stuck with the city for decades.

The demonstrations in the Nation's Capital come as hundreds of protests have been seen across the U.S. in response to Floyd's death.

Floyd died when Minneapolis police officer Derek Chauvin held his knee on his neck for nine minutes. Three other officers in the city have been charged in connection with Floyd's death.

All four officers were fired by Mayor Jacob Frey and Police Chief Medaria Arradondo the day after the video of the fatal encounter surfaced on social media.