Many protesters who were originally charged with felony rioting said MPD dropped the charges against them Friday. 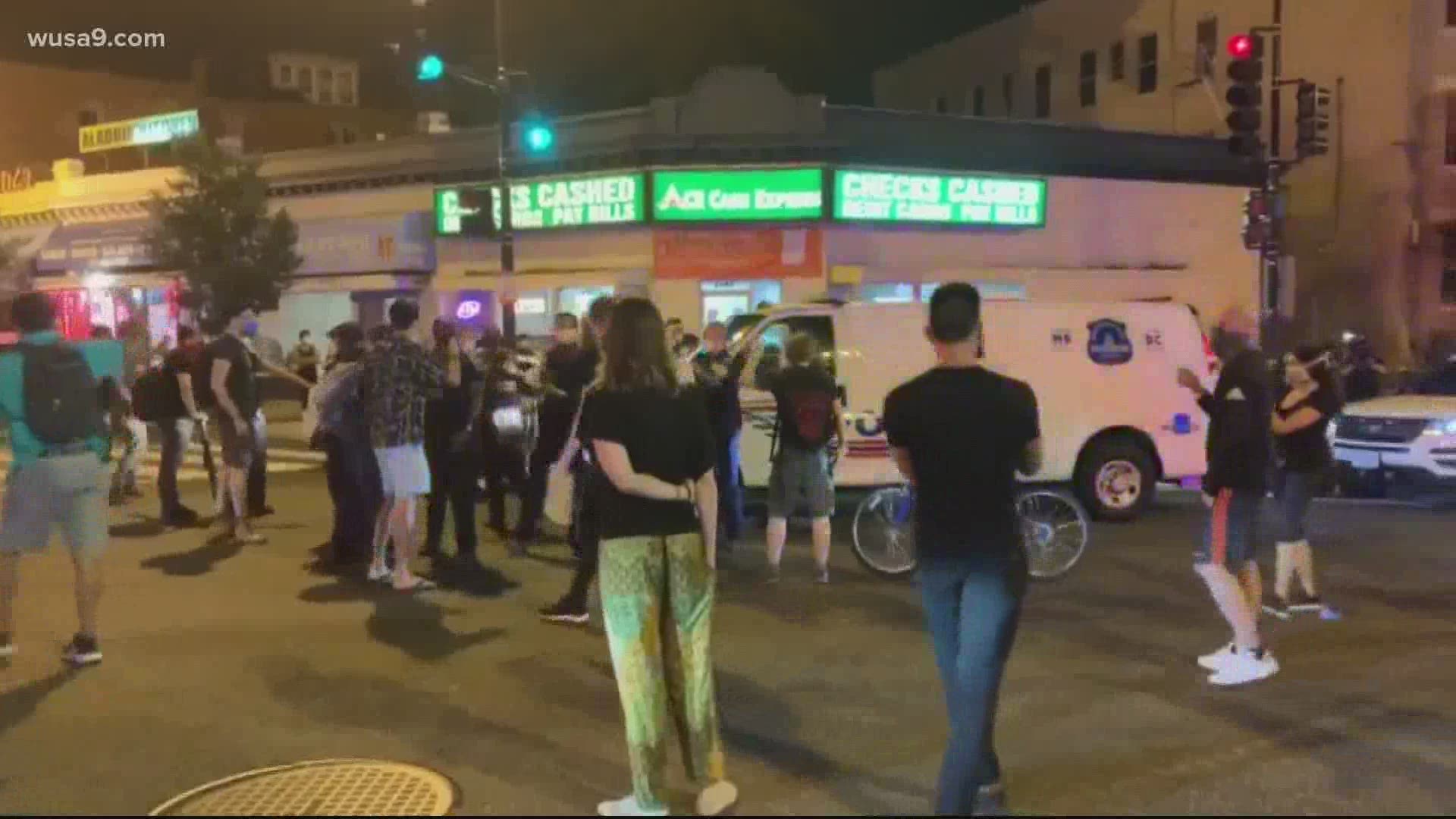 WASHINGTON — Many of the people who were detained during overnight protests in D.C.’s Adams Morgan neighborhood have been released by the Metropolitan Police Department.

A crowd had previously gathered for a protest at MPD’s Third District station to bring attention to the issue of police brutality before it ultimately headed west to the heart of Adams Morgan.

Officers then surrounded the protesters on Florida Avenue and Willard Street to the north and south.

"They kettled the people who were left stuck in on a street that was full of storefronts instead of houses that would have let them in,” protester Kristina Caine said.

Police then proceeded to arrest the people in the crowd.

But, some people in the crowd contend that MPD was the aggressor during the incident.

Kelley-Chung said he was taken in to custody and charged with felony rioting after telling a police officer he was only trying to document the incident.

Kelley-Chung added he had previously seen many of the officers at the incident while covering past protests.

“I’ve been here for months,” Kelley-Chung said he told an officer. “I’ve seen you with the camera. You’ve seen my work.”

Jasiura was not taken into custody, but he claimed many people who were detained were not protesters.

RELATED: Fencing around historic St. John's church to come down by end of August

"I just got back from 7th District with eight medics, a lawyer, and a journalist that all had to get their stuff taken and none of them have their phones back yet,” he said.

Dozens of people were let out of custody, with their charges dropped, Friday afternoon at MPD headquarters, according to protesters at the site.

Kelley-Chung said the charges placed against him were dropped too.

WUSA9 reached out to MPD to ask why so many people were charged with felony rioting early Friday evening. It has yet to receive a response.