'It is a new day' | Fencing removed from around historic St. John's Church after 8 months

D.C. officials originally put up the fencing during the start of the Black Lives Matter and George Floyd protests last June as tensions continued to escalate. 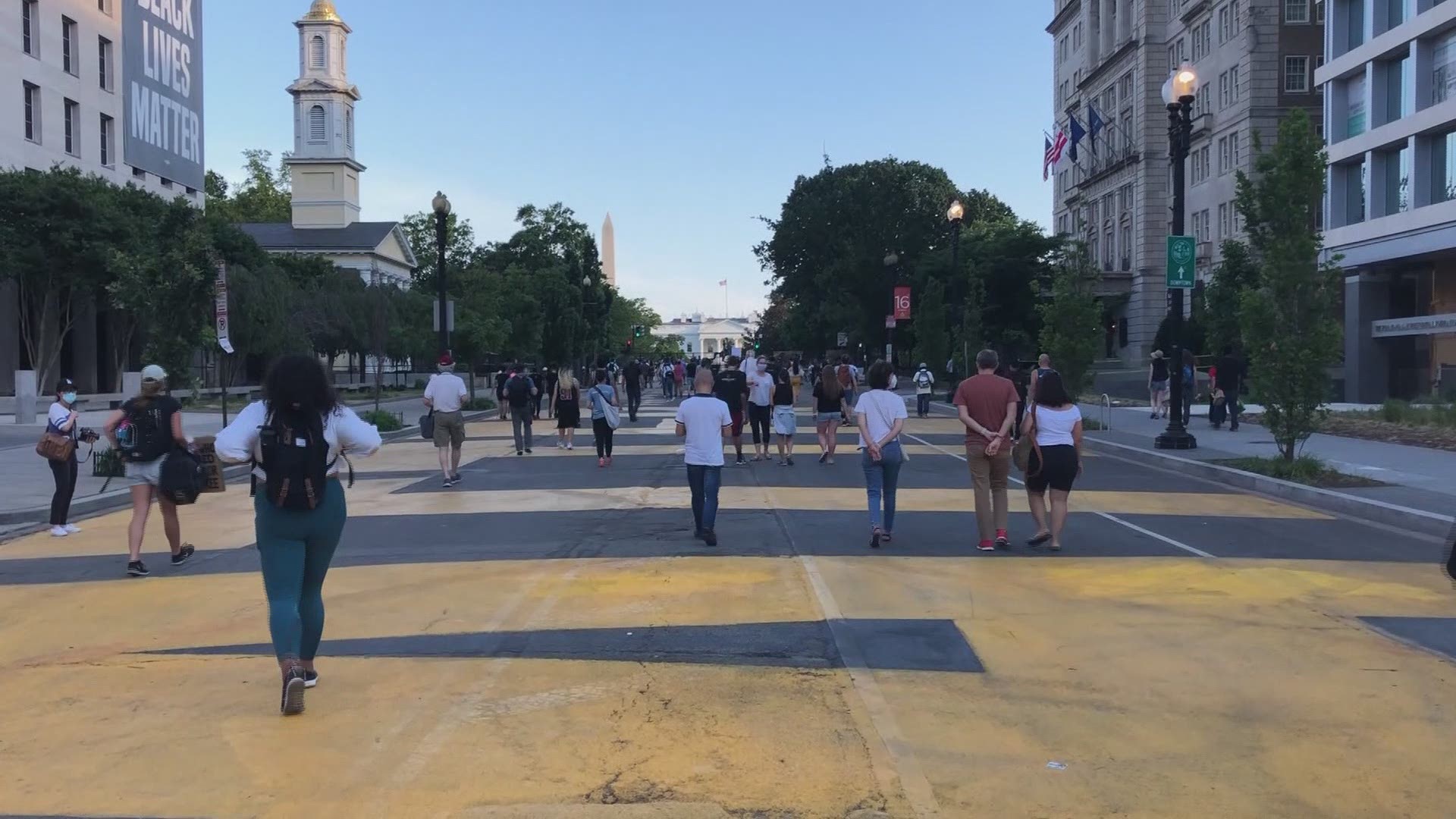 WASHINGTON — Fencing around St. John's Episcopal Church —  the historic church that drew dozens of protesters during Black Lives Matter demonstrations near the White House — has finally been taken down, according to the Downtown Cluster of Congregations (DCC).

"It is a new day, and a better one," Terry Lynch, executive director of DCC said. "The fencing was a symbol of the divides that tore apart so much of the country last year. Hopefully, more of these security fences that have come to be so visible and synonymous with our Capitol City can also be removed."

D.C. officials originally put up the fencing around the 200-year-old parish known as "the church of the presidents" during the start of the Black Lives Matter and George Floyd protests last June as tensions continued to escalate.

The church, which sits at the corner of 16th and H streets NW across from Lafayette Square, drew crowds of protesters who stood on the steps pushing for the end of police brutality for weeks.

A fire was set in the nursery at the church during the first weekend of protests. The fire did not spread beyond the nursery, and there was no damage t the sanctuary.  The church rector told WUSA9's Matt Gregory at the time that he was most concerned that his church continue to be a beacon for anti-racism and good in the world.

Rev. Fisher explained in a letter back on June 25, 2020 to parishioners that church leadership was contacted by D.C. officials about putting up the protective fencing in light of continued protests, which the church agreed to  "after thorough discussion and reluctantly."

The church denounced the fencing put up by D.C. officials but said in the letter they understood the need for extra safety around the building.

RELATED: Fencing around historic St. John's church to come down by end of August

On June 22,  D.C. started to remove housing encampments around the historic church. By June 23, the area in front of the church on 16th Street was cleared of protesters altogether, a move that church officials said they had "no part of."

In the June 25 letter, Rev. Fischer said the church was never given the opportunity to finish executing a plan to safely remove the protesters before police cleared H Street.

"We have a great country, that's my thoughts, the greatest country in the world," Trump said while posing for photos with a Bible. "We will make it even greater, it won't take long. "It's coming back strong, and it will be greater than ever before."

To prepare for the president's surprise visit, a group of peaceful protesters in a nearby park were cleared out using tear gas, the bursts of which could be heard during Trump's address.

RELATED: 'We finally got a wall' | Protesters use White House fence for healing