Defense intel analyst resigns over US military involvement in protests

“I resigned from the U.S. government after my own leaders began to act like the autocrats I analyzed," former DIA analyst Kyle Murphy said. 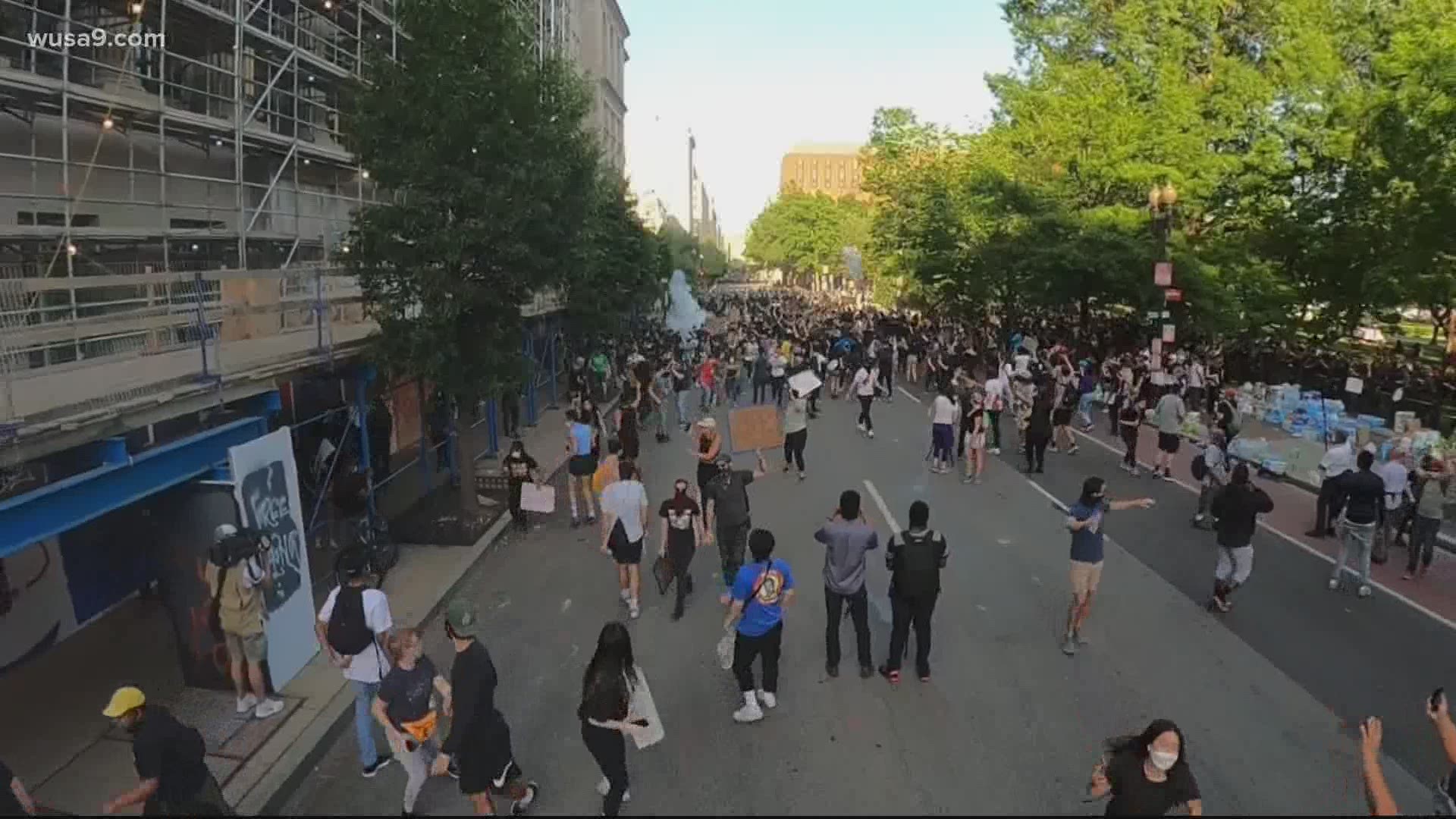 WASHINGTON — When U.S. Park Police launched teargas at protesters in D.C.'s Lafayette Square Park, it was an all-too-familiar scene. But not one from the U.S., Murphy says – rather, one from the authoritarian countries he analyzed for the Department of Defense.

"It looked much more like contexts in which authoritarian leaders were cracking down on dissent that I had watched for over a decade as an analyst in the U.S. government," Murphy said.

Murphy, a former analyst with the Defense Intelligence Agency, is an expert on authoritarian governments. As part of his job, he witnessed West African political uprisings in Burkina Faso and the Gambia, where military forces regularly involve themselves in politics. In both the previous and current administrations, Murphy was tasked with briefing the president on conditions in those countries.

"Whether President [Barack] Obama or President [Donald] Trump at the beginning of his term, whether they were going to reach out to foreign leaders, foreign heads of state and make phone calls, or have other engagements, sometimes in-person meetings, that would be my role to prepare the talking points for those engagements, to prepare them in advance."

Believing that this country had seen too many deaths at the hands of police, Murphy and friends joined the peaceful Black Lives Matter protest near Lafayette Park Square on June 1.

As Trump walked from the White House to St. John’s Episcopal Church, Murphy was alarmed when he later discovered who was walking alongside the President.

"When I saw the leaders, the most senior leaders of the Department of Defense and the Secretary of Defense, and the Chairman of the Joint Chiefs of Staff join the president in this highly political act that I thought was unconstitutional, frankly, to clear protesters who were demonstrating non-violently using the force of the U.S. military and the tools of the Department of Defense against civilians, including me, that to me was something that I couldn't stand with any longer," Murphy said.

Murphy handed in his resignation letter to the Defense Intelligence Agency days after the protest. He also wrote an essay for “Just Security,” a website run by the New York University School of Law, titled, “I resigned from the U.S. Government After My Own Leaders Began To Act Like the Autocrats I Analyzed.”

But the U.S. Park Police chief leading the teargassing push against protesters said their actions were simply to clear the area to install a higher fence around the park to protect officers from objects thrown at them by some protesters.

In testimony before Congress on July 28, Gregory Monahan, acting chief of the U.S. Park Police, said, "There was 100 percent, zero correlation between our operation and the President’s visit to the church."

While the Chairman of the Joint Chiefs of Staff later apologized for appearing to take part in a political event, the entire incident still concerned Murphy about the health of American democracy.

"As the forces were clearing that area before the curfew had even begun, to allow for the President and others, including the Secretary of Defense and the Chairman of Joint Chiefs of Staff to have a photo opportunity in front of the church there at the corner across from Lafayette Square and the smells, the sights, the sounds, the lack of clear communication. It was not like something that I would expect and that any of us should expect in the nation's capital or anywhere in our country," said Murphy.

Murphy, now a senior associate at D.C.'s Center for Strategic and International Studies, says he thinks other government employees are struggling with the choice he had to make.

"I think others will need to make similar personal choices, I think, to the extent possible, remaining in place and protecting our civil service from further erosion and politicization is vital," he said.