Pamela A. Smith says she will institute a body cam program within the first 90 days of her tenure 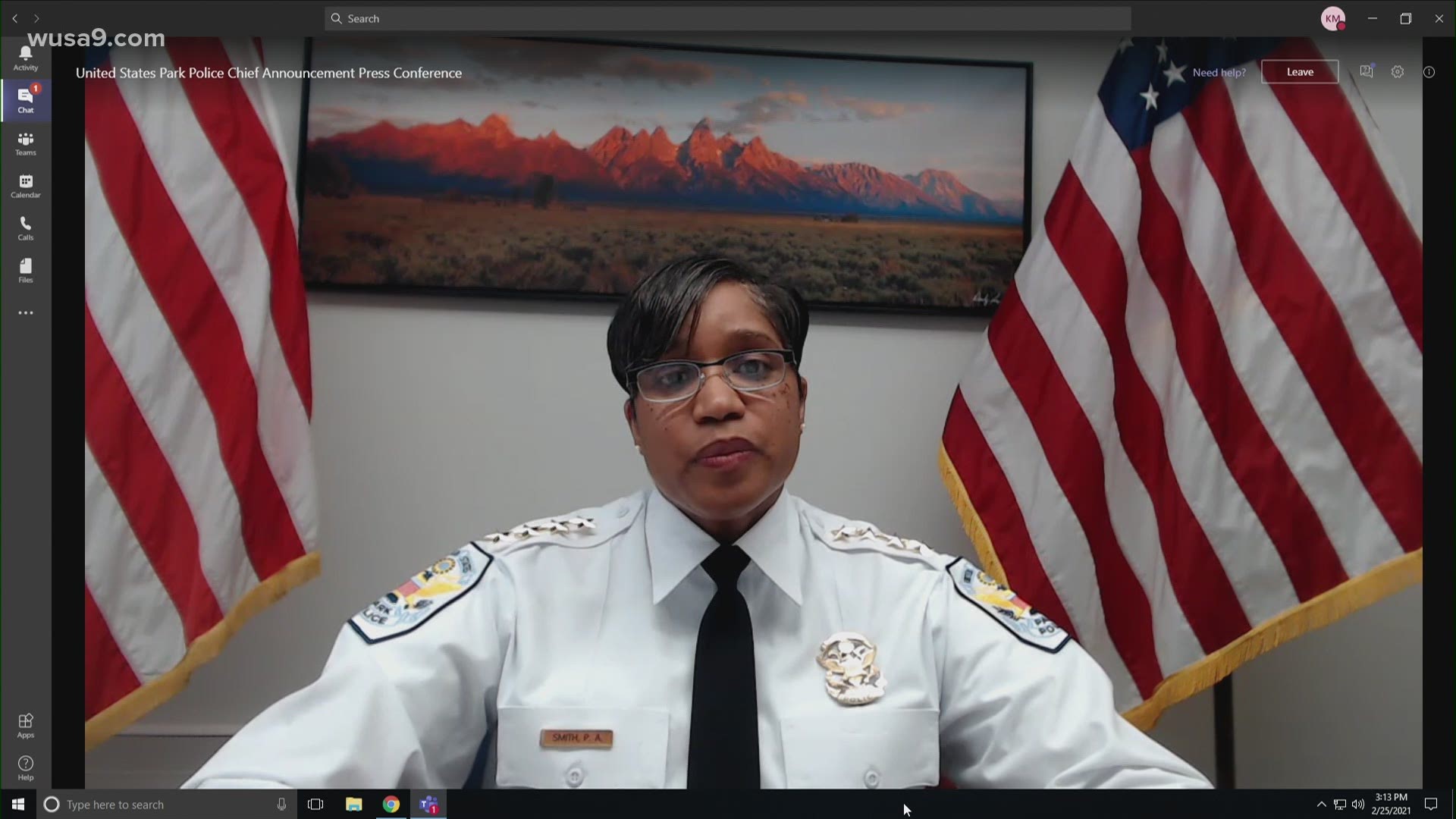 WASHINGTON, D.C., USA — The National Park Service has named Pamela A. Smith as the new Chief of the United States Park Police, the agency announced on Feb. 25. Smith will become the first African American woman to lead the 230-year-old agency.

Smith is a 23-year veteran of the USPP, a full-service police force with jurisdiction in all federal parks.

“Chief Smith’s commitment to policing as public service and her willingness to listen and collaborate make her the right person to lead the U.S. Park Police at this pivotal moment in our country,” Shawn Benge, deputy director exercising the delegated authority of the NPS director, said.

Benge said the agency will work with Smith to bring change to the organization. “Over the coming months, leadership of the National Park Service will explore opportunities with Chief Smith designed to strengthen our organization’s commitment to transparency," Benge said. "Her personal and professional experience make her acutely aware of and ready to meet the challenges and responsibilities that face U.S. Park Police and law enforcement agencies across the nation.”

“I have dedicated my career to the professionalism of law enforcement, and it is my highest honor and privilege to serve as Chief of Police,” said Smith. “Today’s officers face many challenges, and I firmly believe challenges present opportunities. I look forward to leading this exemplary team as we carry out our mission with honesty and integrity.”

Smith has announced she will establish a body-worn camera program for the USPP within her first 90 days, according to the NPS, which says it plans to pilot the program in San Francisco and implement it across the country by the end of 2021.

“Body-worn cameras are good for the public and good for our officers, which is why I am prioritizing implementing a body-worn camera program within my first 90 days,” said Chief Smith. “This is one of the many steps we must take to continue to build trust and credibility with the public we have been entrusted to serve.”

It's a historic move coming more than three years after the killing of Bijan Ghaisar, an unarmed Virginia man. Ghaisar died after being shot multiple times by Park Police officers Lucas Vinyard and Alejandro Amaya on Nov. 17, 2017.

Over her 23 years of service at the NPS Smith has held a range of positions, NPS said, including serving at the Federal Law Enforcement Training Center and as executive lieutenant to the chief of police. She was also assistant commander of the San Francisco Field Office, commander of the New York Field Office (the first woman to do so, according to NPS) and has served as acting deputy chief of the Homeland Security Division and deputy chief for the Field Operations Division, NPS said.

Smith earned a bachelor’s degree in Education from the University of Arkansas at Pine Bluff, according to NPS. She is a graduate of the FBI National Academy and a member of the National Organization of Black Law Enforcement Executives and the International Association of Chiefs of Police, the agency said.

The @NatlParkService announces Pamela A. Smith as the new Chief of Police for the USPP. Smith begins her assignment next week leading the nation’s oldest federal law enforcement agency. Learn more at https://t.co/873Pws5jtS pic.twitter.com/V8xBo15GDh