Metro puts 22 bus lines up for 'elimination.' Will your route be cut?

Metrobus riders say proposed cuts will impact entire neighborhoods such as Glover Park: "It's a neighborhood that needs its buses." 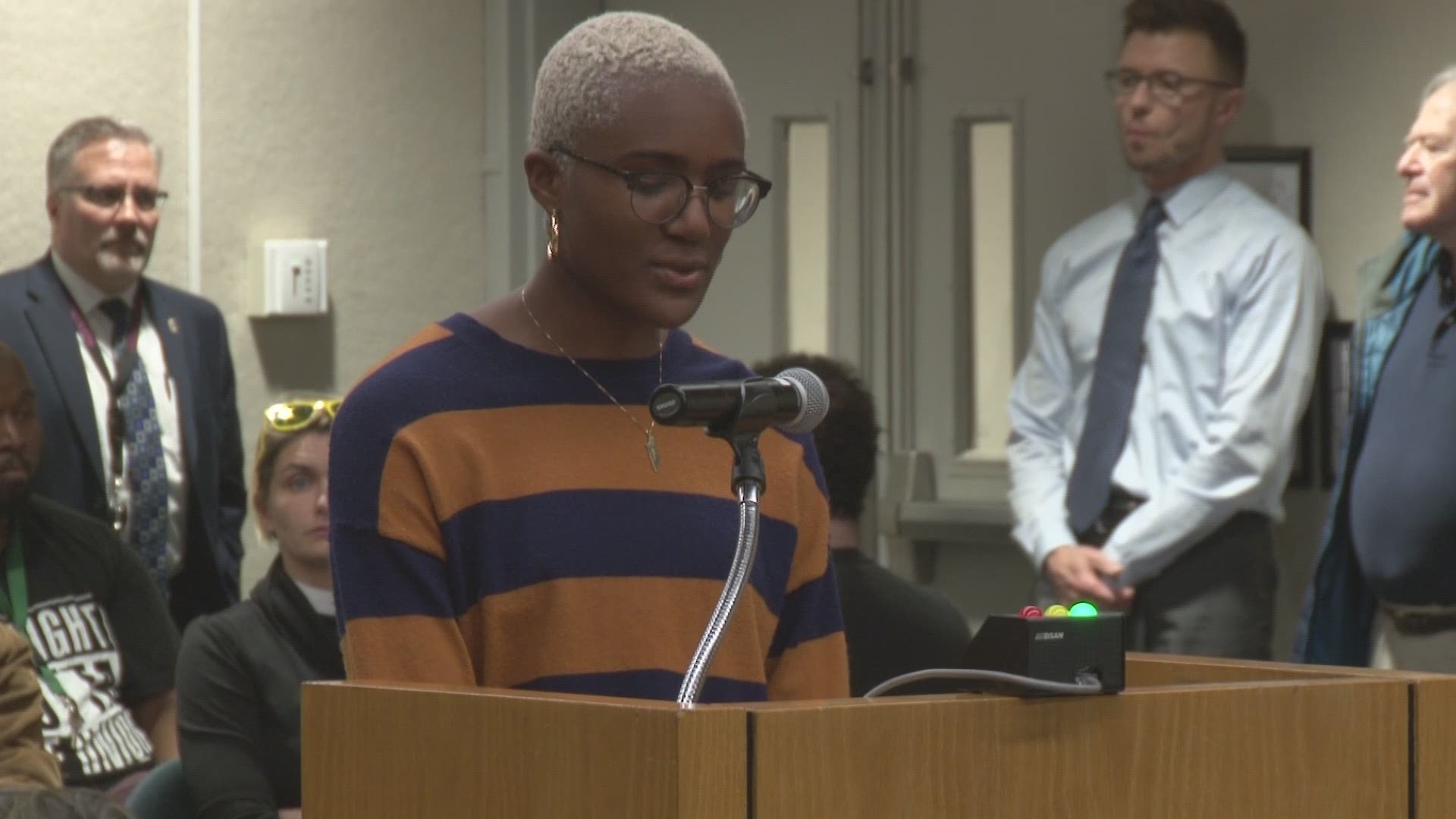 WASHINGTON — Metrobus riders are telling the transit agency not to cut or change dozens of bus lines in D.C., Maryland, and Virginia by this summer. But WMATA says it needs to save money by getting rid of routes it calls inefficient.

“Eliminating the bus routes will have a significant negative impact on our school community,” Sydney Forrester Wilson said, senior class president at Duke Ellington School for the Arts. On Thursday, she went to Metro’s monthly board meeting to school them on the bus.

“We have to ask -- do you know that we exist and we are dependent on these buses?” Forrester Wilson said.

Nestled in Glover Park in Northwest D.C., she called the D1, D2, and D6 buses vital. They connect the neighborhood to DuPont Circle and other Metro stations.

Forrester Wilson said says some students commute all the way from Anacostia.

“There’s no alternative but to take the bus,” she said.

She is not alone in her fight. Dozens living in Glover Park showed up on behalf of routes like the 30N and 30S.

In all, Metro wants to eliminate 22 lines for efficiency or redundancy. The agency is grappling with balancing a new annual budget.

Use the map below to see which lines are being targeted for elimination:

"The current constructds that we have -- the financial constructs -- we have to work within that," Metro general manager Paul Wiedefeld said Thursday.

“It’s very troubling and we’re hearing a lot of concern from bus riders in the community -- whether urban or suburban -- that it’s going in the wrong direction,”  Stewart Schwartz of the Coalition for Smarter Growth said.

Metro has not said exactly how many ride routes it calls inefficient. You can still get involved. There will be public hearings for some of the routes on the chopping block.