Metro could make some bus trips cheaper. Here's how the new proposal would work

Metro wants to give a $2 discount for riders who take both bus and rail in one trip. 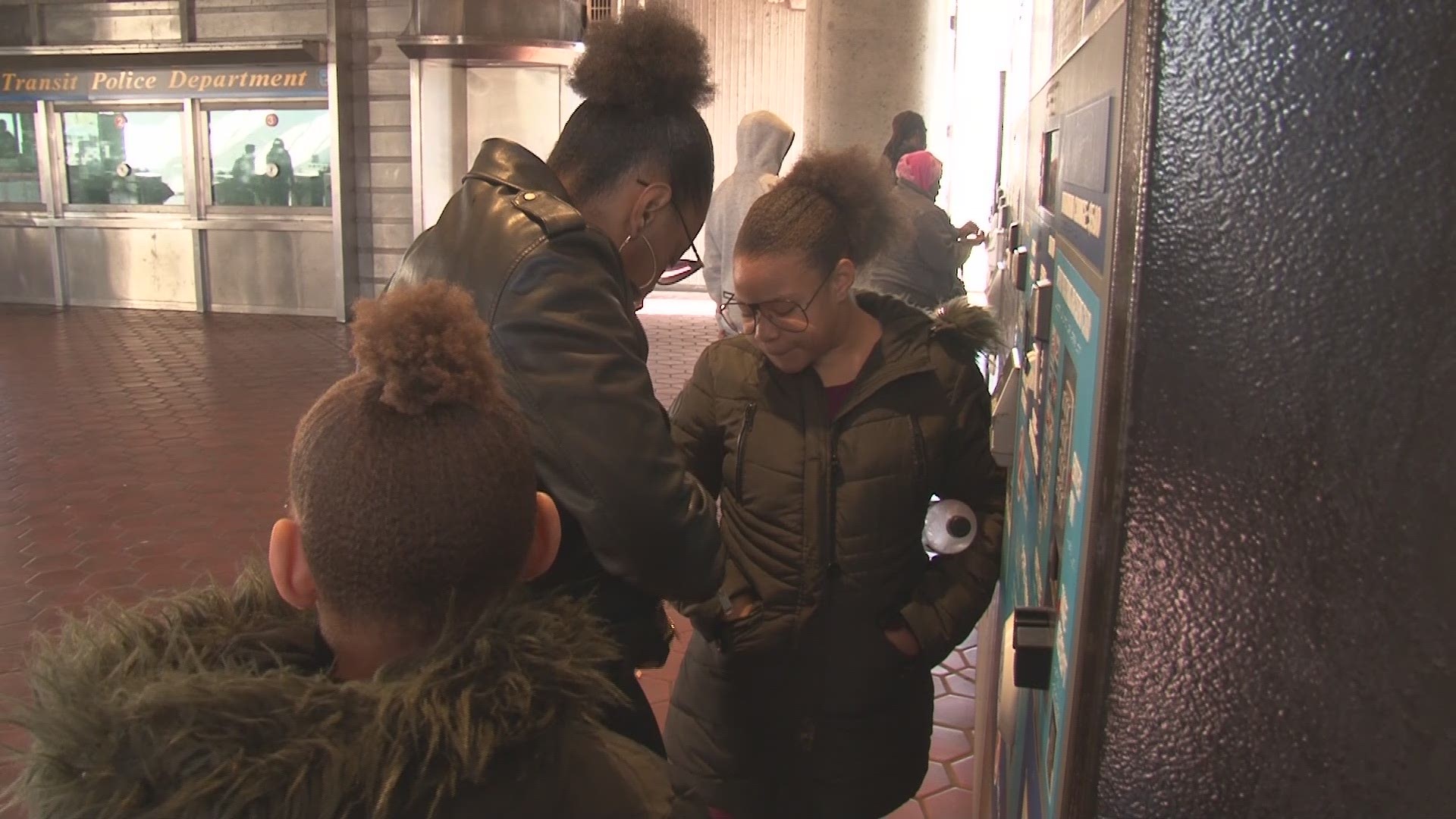 WASHINGTON — Asialon Brown takes the Metro every day with her daughters Jasmine and Maya. But sometimes she wonders if paying three fares is worth it.

"You have to make sure you have the money to get on the bus and get on the train," Brown said. "It becomes expensive after a while."

They are among the thousands of riders who take both Metrobus and Metrorail each day. Right now, riders who transfer from bus to train or vice versa get a 50-cent discount on their entire trip. But, in Metro’s new budget proposal, the transit agency wants to make transfers free. Riders would get the full $2 bus fare discounted from their entire trip.

"I wouldn’t mind if they did that," Brown said. "It would help out a lot on expenses because this is like another bill."

Metro said it sees the most riders taking take a bus to a train at Anacostia Metro. In all, the transit agency says this would impact about 64,000 riders every day. A significant impact as Metro considers upping rail fare for the first time in years.

RELATED: Prepare to pay more on Metro. Fare hikes weighed for the first time in years

"It makes it a lot of easier for your commuters," Brown said. "I don’t think they would have so much pushback when they are ready to raise prices for the train."

Transfers are already free on transit systems in New York and Atlanta. Brown says it’s time for Metro in the DMV to do the same.

"It would help out a great deal," Brown said.

Any change to Metro’s fare structure would need the approval of its board of directors by the end of the year. Changes could go into effect next July.