Maryland’s moratorium on evictions is set to end on July 25. 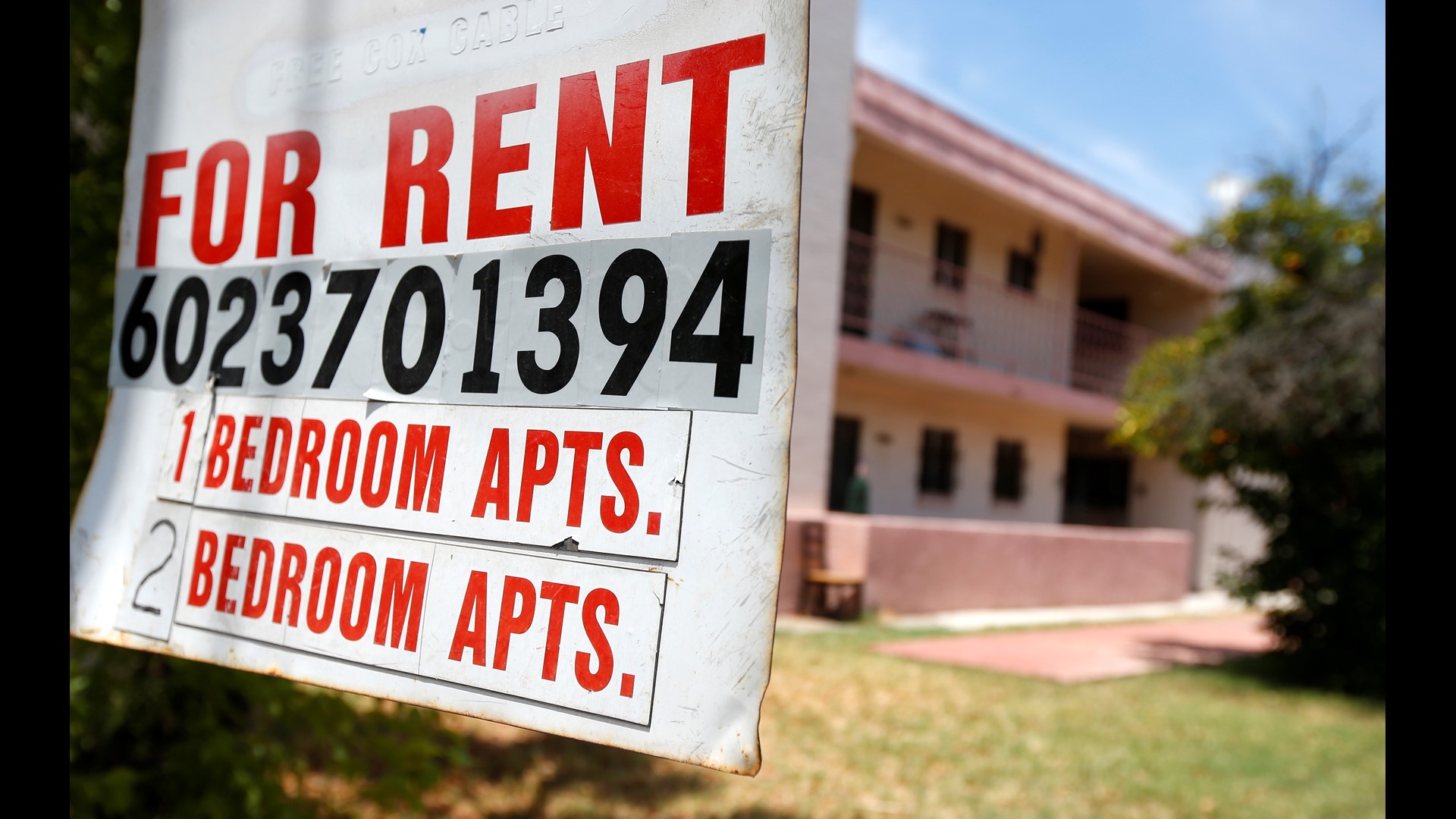 PRINCE GEORGE'S COUNTY, Md. — Maryland’s moratorium on evictions comes to an end on July 25 when the federal “Cares Act” comes to an end. During the moratorium, landlords and agents were prohibited from filing a Failure to Pay Rent action.

With the expiration of the moratorium, one Prince George’s family said they are in need of help and are calling on Gov. Larry Hogan to extend the moratorium.

“We don't know where we would go,” Ana Diaz said through a translator. “We have no idea what we would do next and we have no idea how we're going to be able to get the money back for all of the months that we owe.”

Diaz said she and her husband both had COVID-19 at the beginning of the pandemic and said they both have been out of work and unable to pay rent on their Langley Park apartment for five months.

Credit: WUSA
Leading up to the end of the moratorium on evictions Ana Diaz said she's nervous and doesn't know what she's going to go.

Despite being in debt, Diaz said the letters to pay rent continue to come. Because of the moratorium on evictions she, her husband and three young children have been able to stay in their home, but she said she’s worried about what will happen when the moratorium ends on July 25.

“We don't know where we would go,” Diaz said. “We have no idea what we would do next and we have no idea how we're going to be able to get the money back for all of the months that we owe.”

“It's not something that is a permanent solution, but at least throughout this pandemic we should be ensuring that people aren't losing their homes and that they're not put into homelessness,” Ivey said. “By the end of the year over 300,000 Marylanders are at risk of losing their home, whether that be through eviction or foreclosure. Regardless of how they lose their homes, this is the absolute wrong thing for us to be allowing here in the state of Maryland.”

“Too many Marylanders have faced undue financial hardships during this unprecedented crisis, including the inability to pay their rent,” Hogan said in June. “While our eviction moratorium has helped families remain in safe and stable housing through the pandemic, we are also maximizing federal resources to help as many renters as possible.”

Ivey said the amount of money needed to assist this issue goes beyond the $30 million and added there needs to be a moratorium on foreclosures and evictions in effect throughout the pandemic. 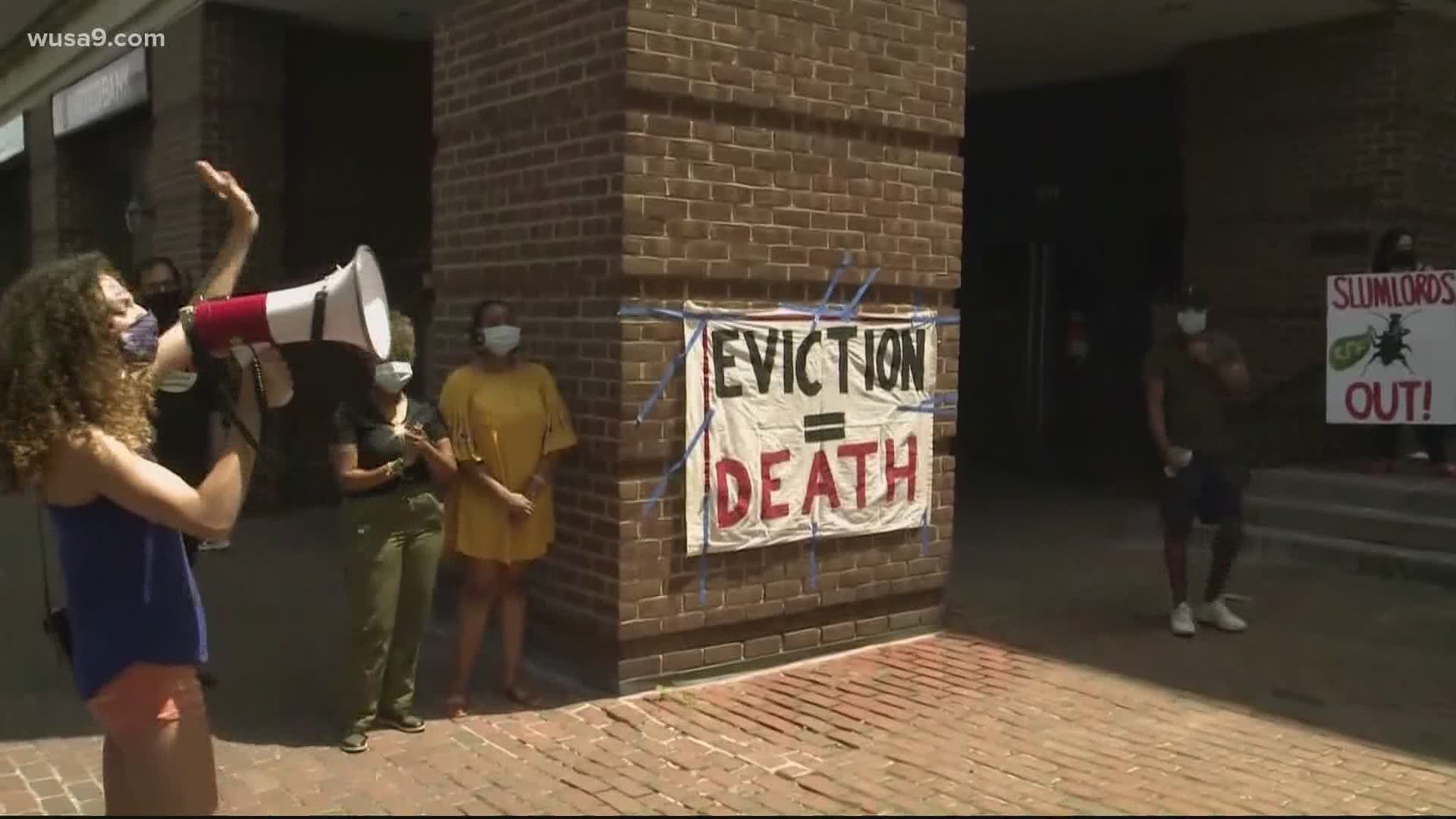 “Many of us in Prince George's haven't recovered from the 2009 housing crash and now we're being faced with another opportunity to be devastated again, but this time we can prevent it,” Ivey said.

“It’s a huge problem that has cause for a big solution,” Trent Leon-Lierman, a CASA organizer for Prince George’s and Howard counties, said. “We're talking about community members here that weren't eligible for any government assistance, potentially no unemployment, didn't get the checks from the federal government, many of them are still going to work but only a few hours a week. So we see the only action is extending the moratorium on evictions because as Ana is alluding to, more time.”

That’s the hope Diaz has, that she and her husband will be able to return to work before having to come up with rent money.

“We're not asking for too much, but with not having work we're asking to be able to have the opportunity to get back to work before we pay back the rent,” Diaz said. “We need to have time to be able to pay it back.”