A water utility warned last month that an overwhelmed sewage system sent more than 25,000 gallons of waste into a Potomac River tributary. 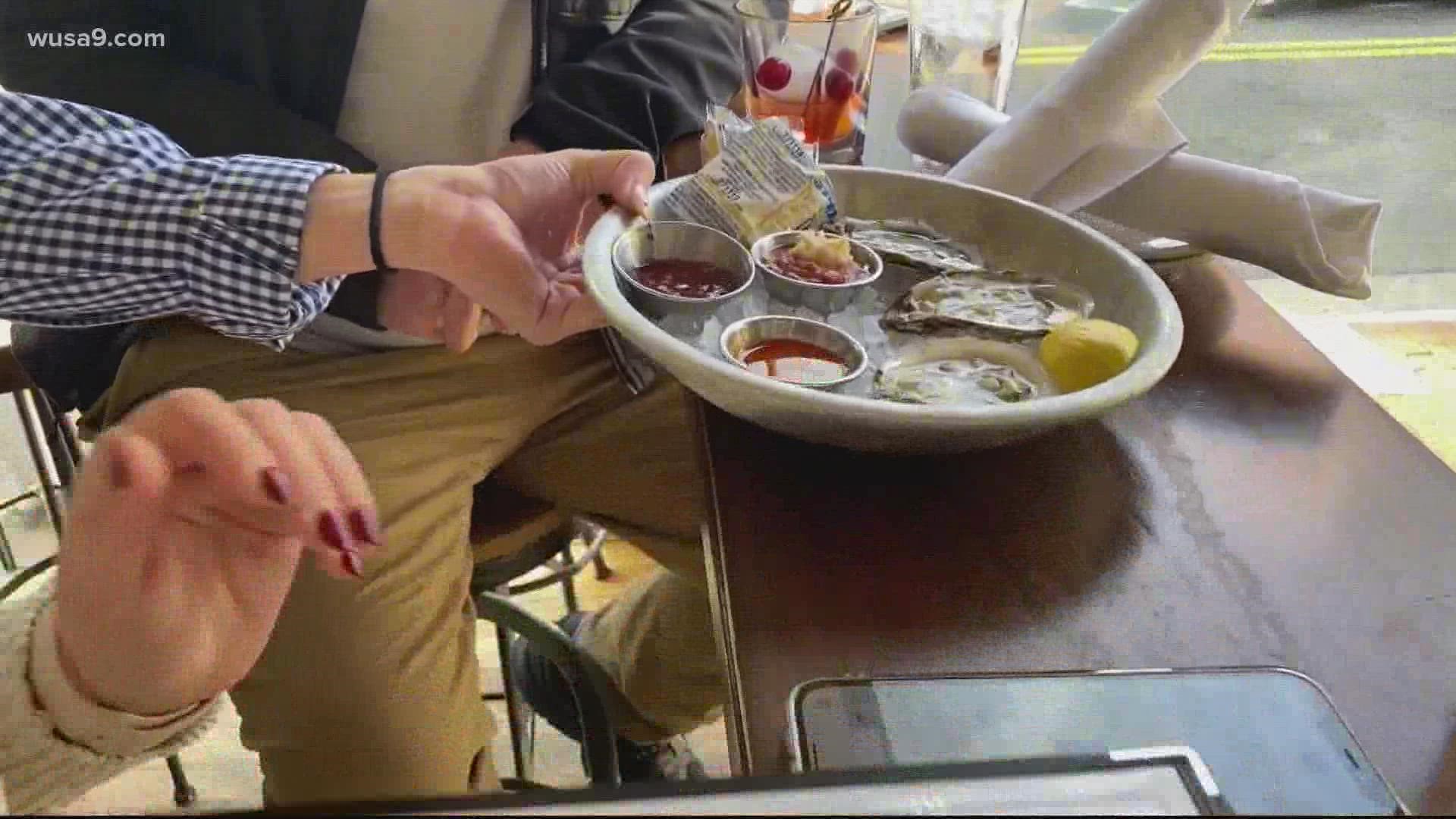 CALIFORNIA, Md. — A water utility warned last month that an overwhelmed sewage system sent more than 25,000 gallons of waste into a Potomac River tributary. But the Maryland Department of the Environment said it wasn’t until Virginia officials investigating a foodborne illness outbreak reached out two weeks later that officials closed an affected part of the St. Mary’s River, The Baltimore Sun reported.

The illnesses were linked to Nomini Bay Oyster Ranch LLC, a temporary food establishment licensed in Loudoun County and operating and vending at several breweries and wineries in Loudoun and Fauquier Counties, according to the Loudoun County Health Department.

The department said 27 cases of gastrointestinal illness were linked to Dirt Farm Brewery and Vanish Brew Pub in Loudoun County and Barrel Oak Winery in Fauquier County. The majority of individuals are non-Loudoun residents.

Usually, officials alert the public before shellfish are harvested or eaten. It's not clear how it managed to occur, department spokesman Jay Apperson said, but the department is building redundancies into its process to keep it from happening again.

The St. Mary’s County Metropolitan Commission contacted county and state officials when the overflow began on Oct. 28, according to George Erichsen, the commission’s executive director. But that information wasn’t passed to the state office that would close nearby shellfish harvesting areas, Apperson said. The department didn't learn of that lapse until they heard from Virginia officials investigating a foodborne illness that sickened more than 20 people, he said.

Potomac Riverkeeper Dean Naujoks called the lapse “inexcusable” and alarming since the state reported its lowest level of environmental enforcement activity in 20 years.