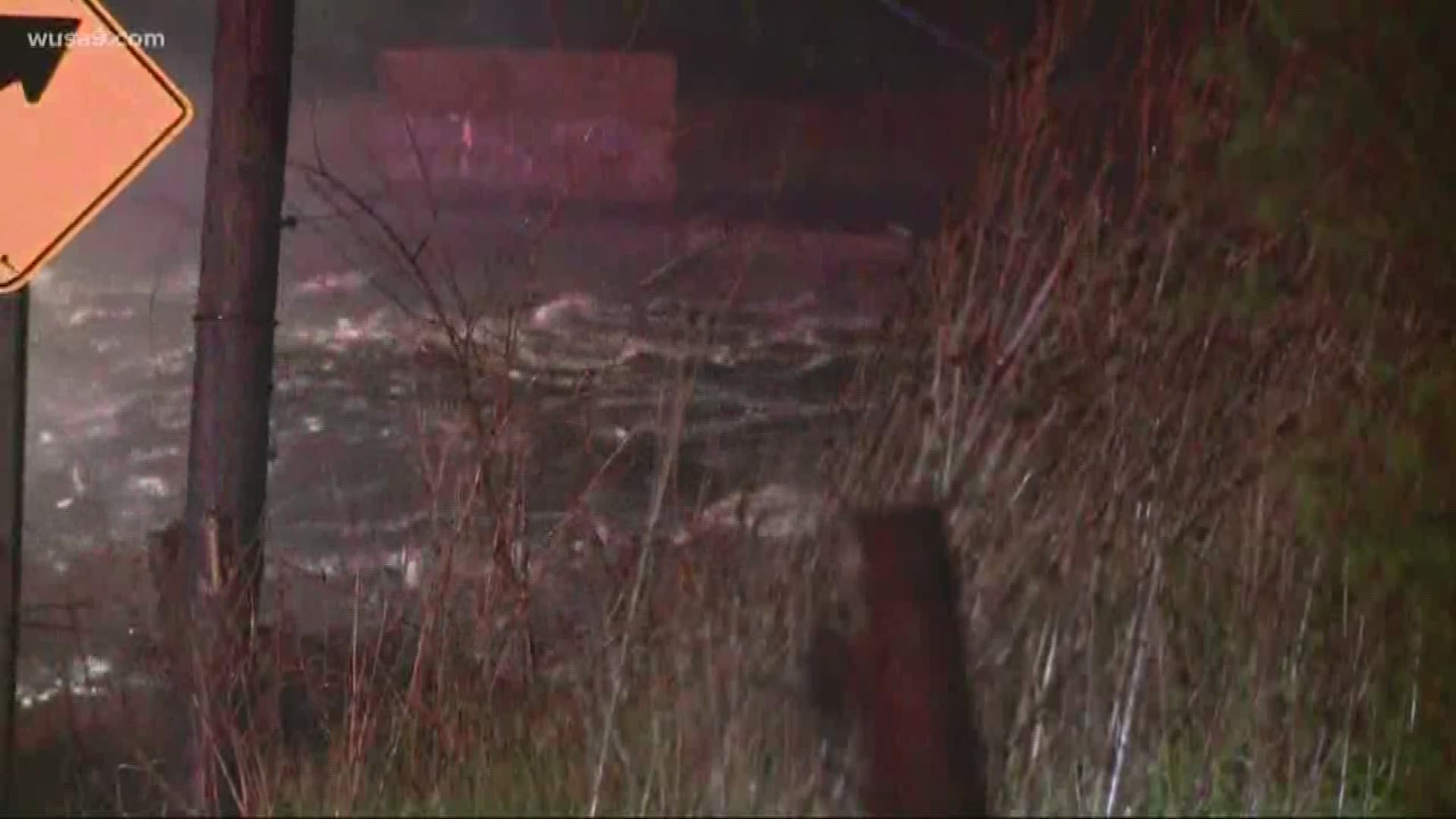 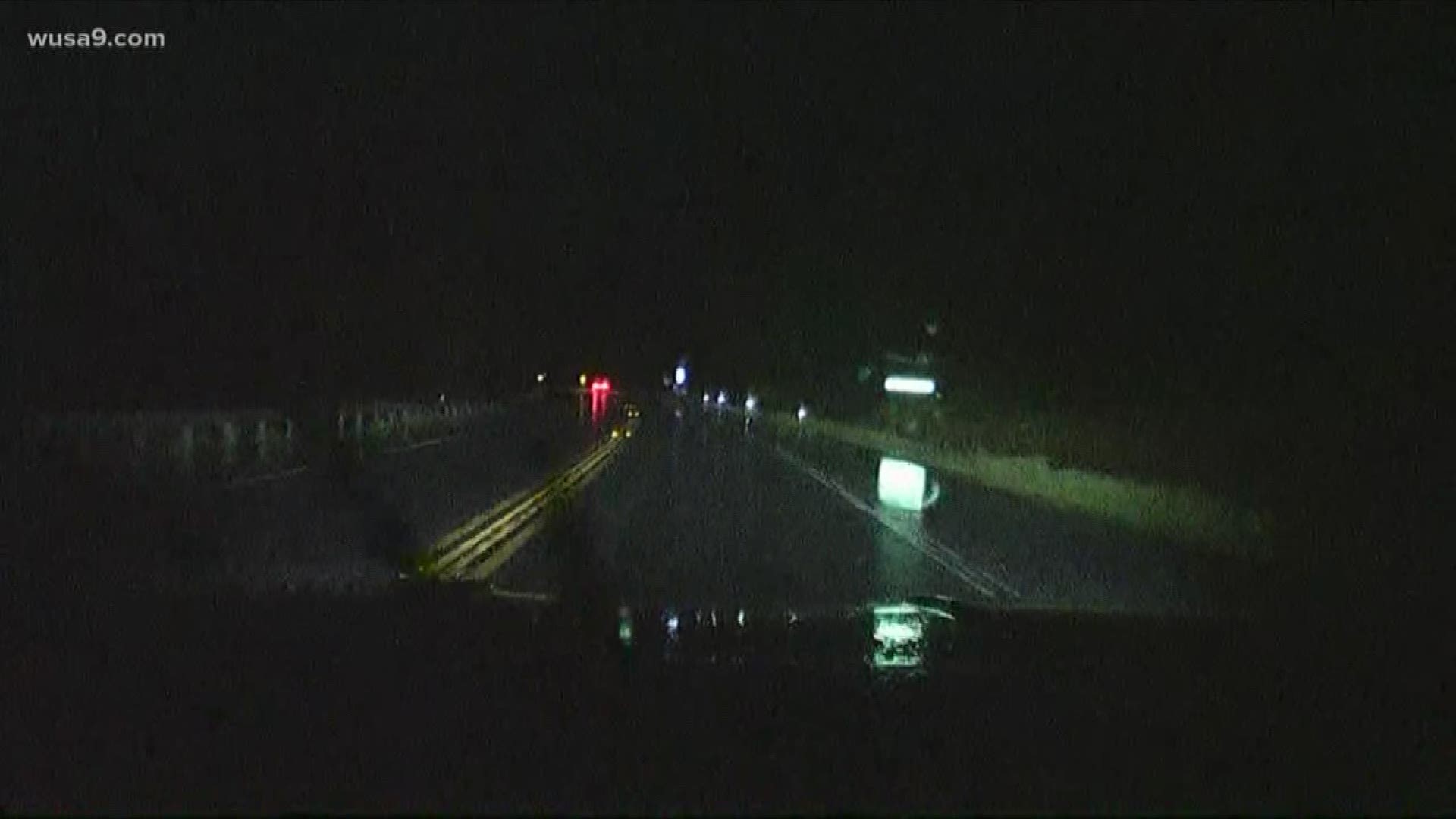 Slow-moving severe thunderstorms dropped, in some cases, up to six inches of rain Tuesday evening in Frederick, according to the National Weather Service.

In Knoxville, Md., a man was swept away in his car into Little Catoctin Creek. His car floated down the swollen creek for several hundred yards. 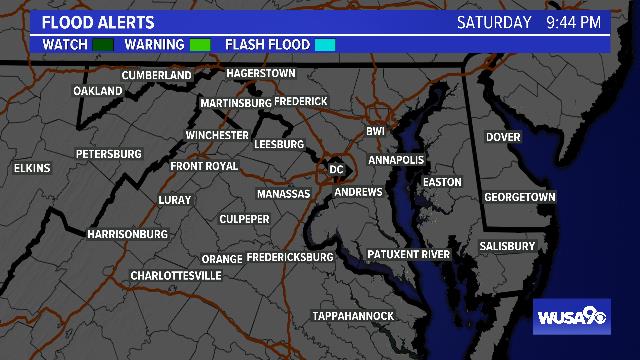 Luckily, he was able to get out of his vehicle and get onto a little island until rescue crews could find him and get him out of the water. Once on dry land, he was able to call his wife and go home. He didn't need to go to the hospital. 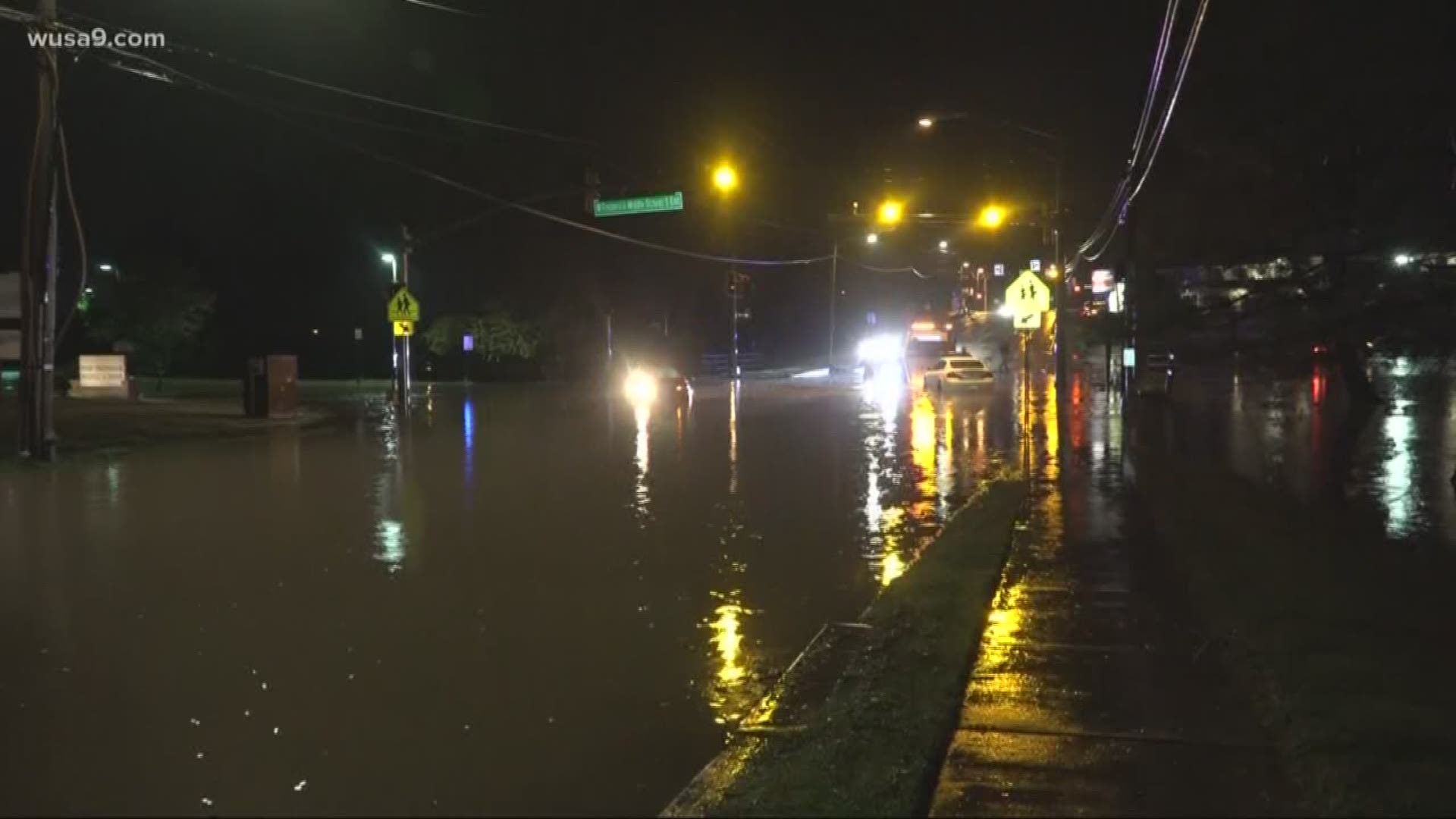 The banks of Carroll Creek, which runs through downtown Frederick, were actually overrun with water.

"The sidewalk, it felt like you were at the beach," he said.

Eddy Urbina shot this video of flooding along Market St. in downtown Frederick this evening. You can see... there was a lot of water. (@wusa9) #WUSA9Weather pic.twitter.com/fs4MIKEmxG

Along other parts of North Market, houses actually flooded. One woman told WUSA9 this was the second time her Frederick house had flooded in two years due to heavy rain.

PHOTOS: Up to 6 inches of rain floods parts of Frederick Co. 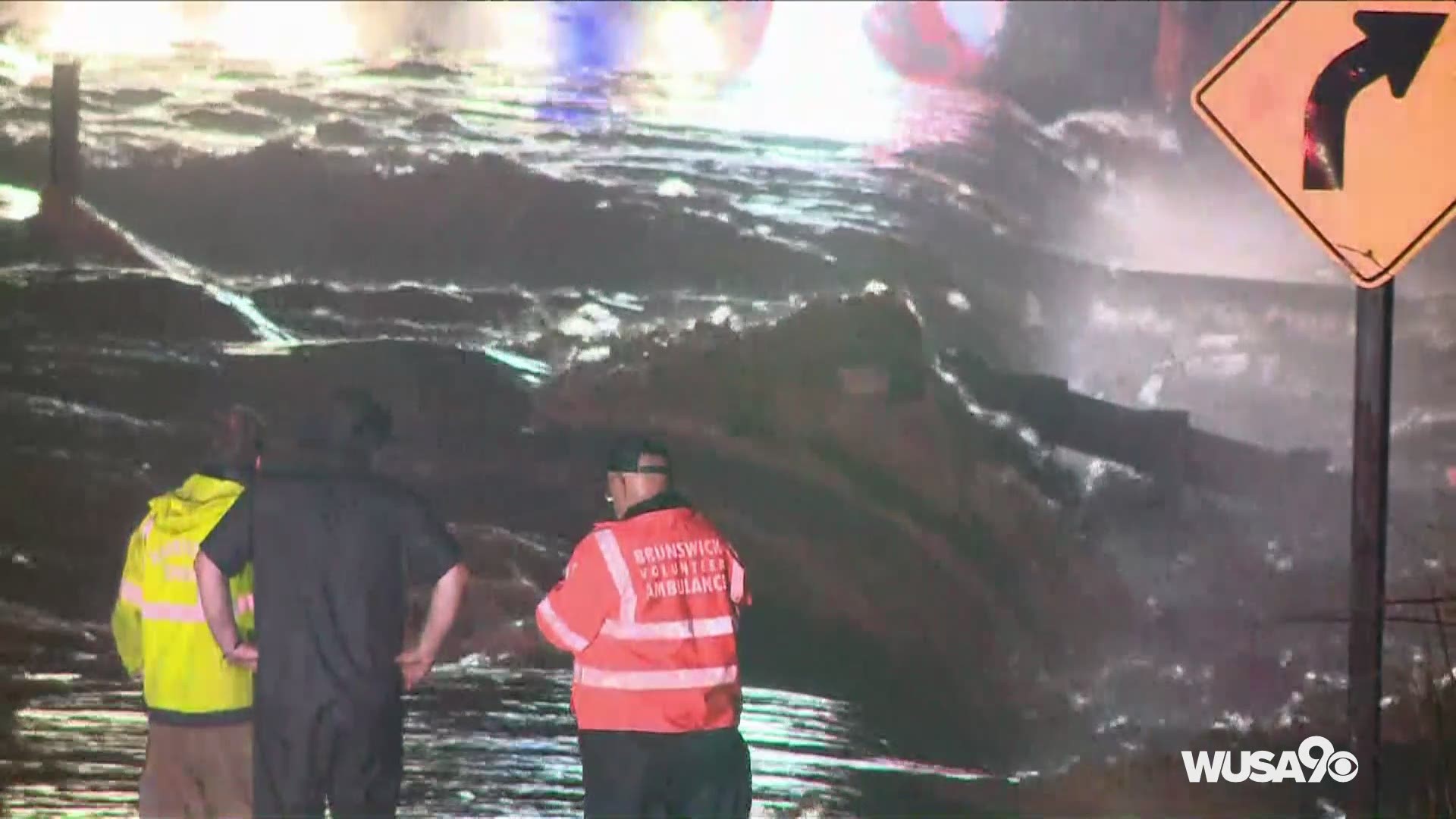 The Brunswick area was also been hard hit with flooding. Route 340 in Knoxville, Md. was underwater.