Melkin Daniel Cedillo drowned in the flooding. Cedillo's uncle says that losing his nephew has destroyed their family. 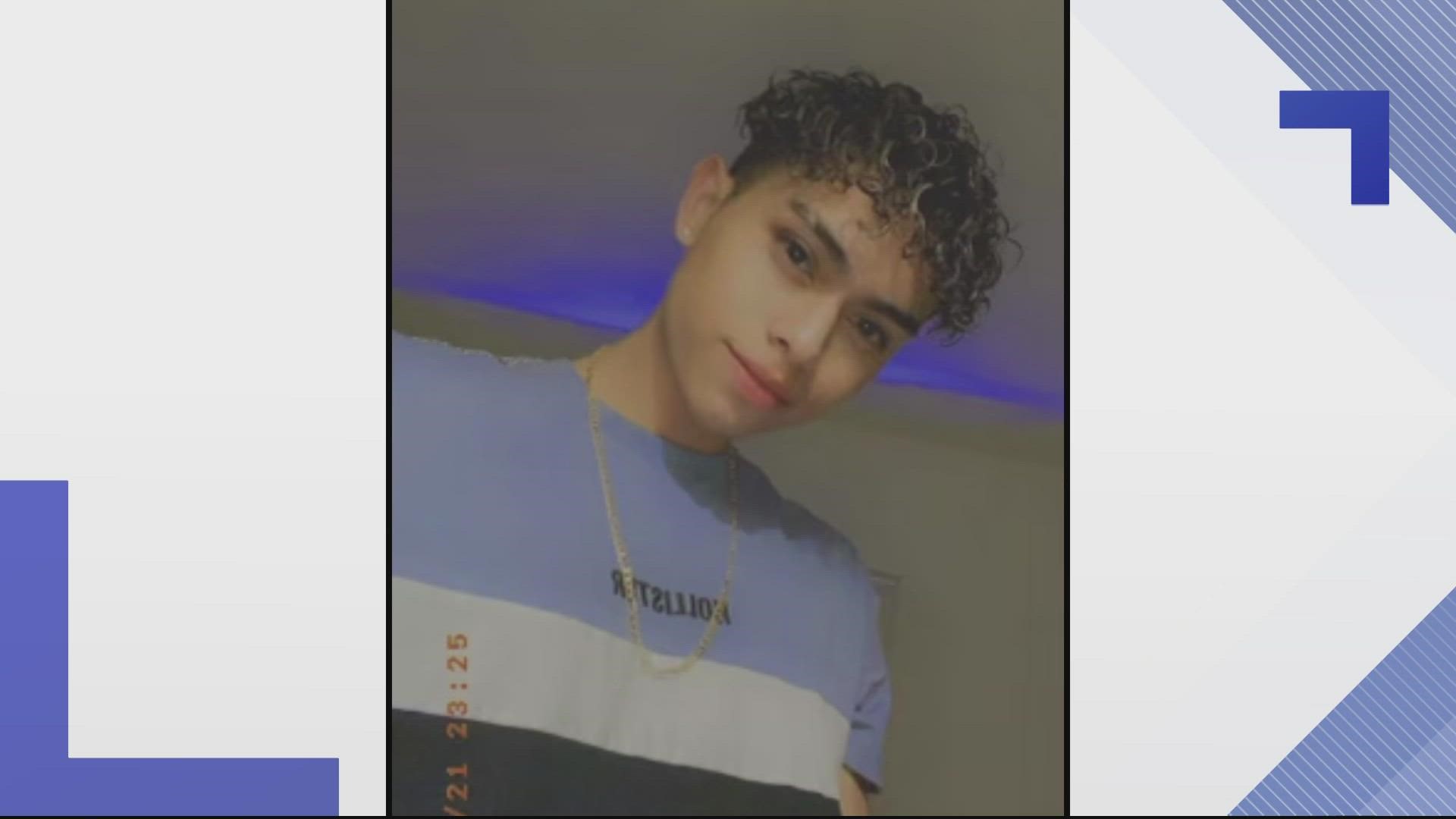 ROCKVILLE, Md. — A 19-year-old man was found dead after several residents were forced to evacuate their homes at two apartment complexes in Rockville early Wednesday morning due to flooding caused by strong storms, according to a Montgomery County Public Information Officer.

The person who died was at Rock Creek Woods Apartments, officials said. There was an additional resident that was unaccounted for Wednesday but they have been located safe and unharmed. Officials said the resident was out of state and communicated with Montgomery County Police.

Rock Creek Woods Apartments was one of two that flooded Wednesday morning.

WUSA9's Megan Rivers said the area was a somber scene as tears and cries of residents were heard while they processed the devastating news of the death of a neighbor.

Family told WUSA9 that 19-year-old Melkin Daniel Cedillo drowned in the flooding at Rock Creek Woods Apartments. Cedillo's uncle said that losing his nephew has destroyed their family, with Cedillo's mother recovering in the hospital.

A GoFundMe was started to help Cedillo's family. It has already raised thousands of dollars.

Officials said 50 apartments at Rock Creek Woods apartment complex in the 13200 block of Twinbrook Parkway were damaged due to flooding. Montgomery County fire officials said four buildings were impacted at this complex and about 150 residents are displaced.

Gas was turned off in the building and so was electricity on the terrace level. Red Cross officials responded to the scene to help displaced residents.

Three people were transported to area hospitals for non-life-threatening injuries. One firefighter was also transported with minor injuries, officials said.

On Thursday, Melissa Walters and her family returned to the apartments to retrieve some personal belongings. They gathered muddy and wet clothes, computers and keepsakes. Walters said she and her family clung to their beds as the rushing waters rose to nearly 6 feet. They prayed while waiting for rescue crews to arrive.

"Going in there and seeing everything I’m thankful we made it out because it’s a disaster," Walters said.

The family has set up a GoFundMe to help rebuild their lives.

County leaders said 50 people stayed overnight at a Red Cross Emergency Shelter staged at Mid-County Community Recreation Center in Silver Spring.  Diaper and clothes donations are being arranged for residents.  A spokesperson with the Department of Health and Human Services said financial, physical and emotional support will be available to the residents for the long haul.  All monetary and clothing donations are being coordinated through Interfaith Works and encourage people who would like to help donate through the non-profit and identify your contribution is for the Rock Creek Woods families.

Just two miles away, at the Congressional Towers Apartments, residents were woken up in the middle of the night to flooding in multiple basement apartments. Montgomery County Fire Department crews conducted several water rescues to get residents who were stuck out of the building. Crews had to break apartment windows and doors to rescue several residents.

Neighbors said water came rushing from the creek and country club near the building. About 11 cars and a dumpster were pushed by the severe weather on the grounds of the apartment complex. Cars were also left scattered with one car crashed into another. Several car alarms were left going off as well.

WUSA9 spoke to a woman who lived on the corner above the flooding. She told us she lived in the area for 11 years and has never experienced something like this before. She said she looked out the window from her balcony and saw the flooding.

"I woke up to voices and I woke up to a sound like a car crash it seemed," said the resident.

Some neighbors told us they no longer have working cars. But were left hopeful following the damage to their homes and property.

Another neighbor shared this video of water entering his apartment:

Take a look at this! A man shared this video with me of the water rushing into his terrace level apartment. @wusa9 @DCAllisontv @AnnieYuTV @TonyPerkinsFMTV pic.twitter.com/ZvbIRPLRNl

The severe weather also caused flooded roads and power outages nearby, according to Montgomery County officials.

Melissa talks to me about being rescued by fire fighters. She says her mom, who is only 5ft tall, could barely breathe and they had only about 4-5 inches of space. Their terrace level apartment was completely flooded. @wusa9 pic.twitter.com/JEyT8YG8mA