One parent told WUSA9 no school bus came to pick up her son at his bus stop Wednesday. 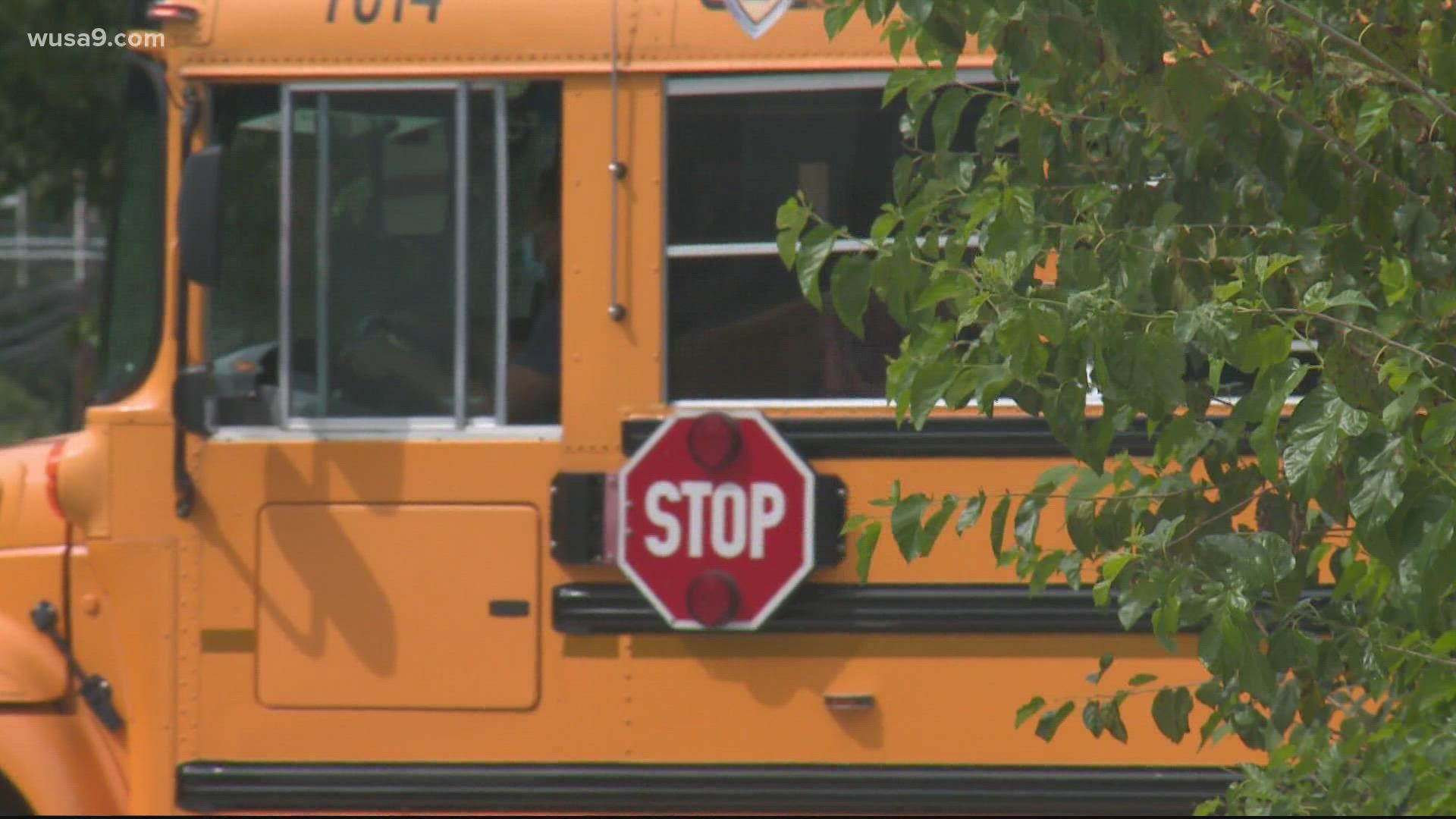 Parents across the Maryland county have been reporting delays in buses coming to pick up their children from school.

In Greenbelt, WUSA9 also saw buses picking up students at an elementary school more than an hour-and-a-half after school ended for the day.

Another Prince George’s County parent named Karen Barnett said her son’s school miscategorized him as a “walker” and have not allowed him to take the bus.

"Wheeler Road and St. Barnabas Road is filled with a lot of traffic all day long and it's just an accident waiting to happen,” she said.

The statement added a bus driver shortage is to blame for the issue.

“Prince George’s County Public Schools (PGCPS) is continuing to work through bus driver shortages and recruitment challenges along with the problems that tend to accompany the first few weeks of school,” the statement reads.

Talked to a lot of angry parents in Prince George's County today about school bus delays. One Clinton parent told me buses haven't even been coming to pick up her son. PGCPS, like other districts locally, is blaming a school bus driver shortage. Their statement is below. (@wusa9) pic.twitter.com/sVnhASdnmA

Both Fairfax County and Stafford County Public Schools said they have shortages too.

Either way, Barnett believes her school district should change its recruitment strategy to attract new drivers.

“I’m not sure what’s going on with the bus system,” she said. “If they’re not paying enough, if they’re trying to do all these background checks, but they need to jump on that fast.”