"Imagine going to pick your child up and they're nowhere to be found," Parent said after son was mistakenly put on a school bus. 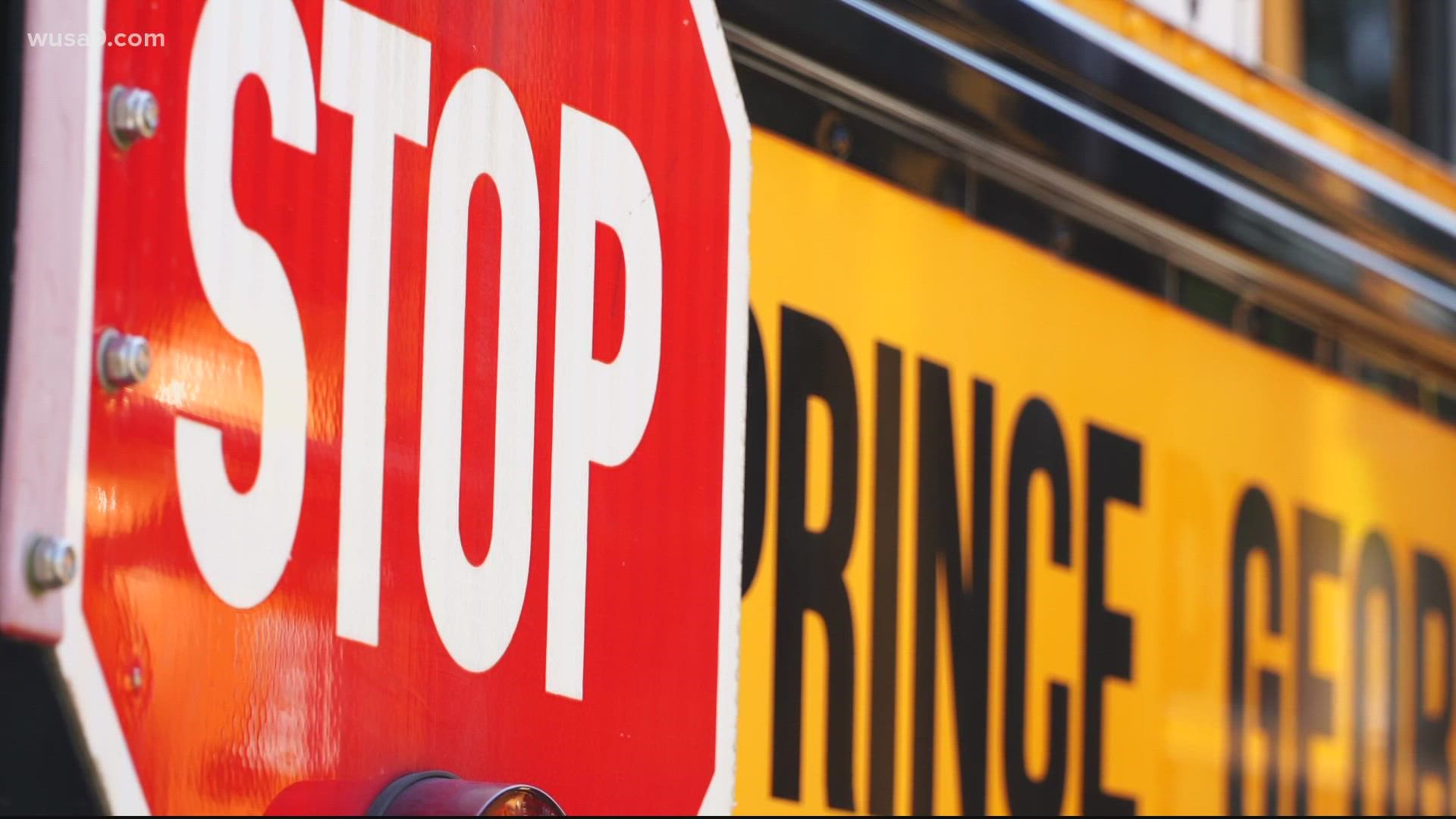 PRINCE GEORGE'S COUNTY, Md. — It’s a parent’s worst nightmare, going to pick your child up from school and they’re not there. It’s what one set of parents said happened Wednesday in Prince George's County.

Wednesday was the first day of school for the second-largest school district in the state of Maryland. WUSA9 spoke with the parents, who did not want to be identified, about what happened when they went to pick their first-grader up from Accokeek Academy.

The parents tell WUSA9 they were hysterical and worried.

"God forbid he was on the school bus and he just got off," the father said.

The family is relatively new to the region. They've spent the last year and a half in quarantine.

"He's in first grade. So, he started school in Pre-K, but he was only able to go half the school year because of COVID and last year for kindergarten, he was virtual," the mother said.

She said because of the ongoing bus driver shortage nationwide, and in Prince George's County, she and her husband decided they would take their son to and from school.

"We do drop-offs and pickups, and I only wanted to do that because I don't want him to be on the bus for too long," the mother added.

The mother said the car line was extremely long and getting to the front of the line was a slow process.

"After the hour and a half of me waiting, I get there and give them his name and they said, 'Oh, he rode the bus home.' I said, well, he shouldn't have gotten on the bus because he's not a bus rider. And we don't have any information on the bus, we don't know where the bus stop is, and I signed paperwork twice for him to be picked up," the mother added.

#Developing: Parents who have students who attend Accokeek Academy tell me their children never made it home from their first day of school. @wusa9

The parents said they filled out paperwork as recently as Tuesday stating their child would be picked up and dropped off daily. The mother added that she and her neighbor agreed to carpool with each other and there are only certain people allowed to pick her son up from school.

The mother said it was more than two hours before she was able to see her son.

"Someone told me just to go home and wait for him, for the bus to get there. And when I finally came home, the bus came about 10 to 15 minutes after I got back well after 5 p.m., and he wasn't on that bus. My husband was out there waiting for the bus and the bus driver was telling him that he wasn't with us. So we just raced [back] to the school," the mother added.

The mother said a number of teachers and administrators waited for students to return to the school from the buses they were accidentally placed on.

"They didn't want to leave until they made sure the kids were found, especially with his teacher. She didn't leave until he was found," the mother said.

The parents said their son just turned six. This is his first time ever attending school full-time.

"When he got off the bus, he was in a good mood. He was cheerful. He was excited to see us. Which I was glad he didn't cry. I just knew he would have a fit, but he didn't really," the mother added.

We asked the parents if they feel comfortable sending their son back to school again.

"To be honest, no I don't and I'm a very like hands-on, naturally nervous whenever my child is not in my care. So, whenever he is in someone else's care, I automatically really just get apprehensive and a worry rat, but I know he has to go to school and I know he needs to be socialized and out of the house instead of doing virtual school, so I'm going to give them another chance to right their wrongs. So hopefully, we don't have this problem again, as well as other families," the mother said.

WUSA9 reached out to Prince George's County Public Schools after speaking with the parents. They said they have received our request and are investigating the situation.

In an earlier interview Wednesday with CEO Dr. Monica Goldson, she said their opportunities are not forgotten.

RELATED: Students head back to class in Prince George's County. Here are the safety measures put in place

RELATED: Help Wanted! Teachers are desperately needed in the DMV