Rescue personnel said one person was taken to the hospital with critical injuries. 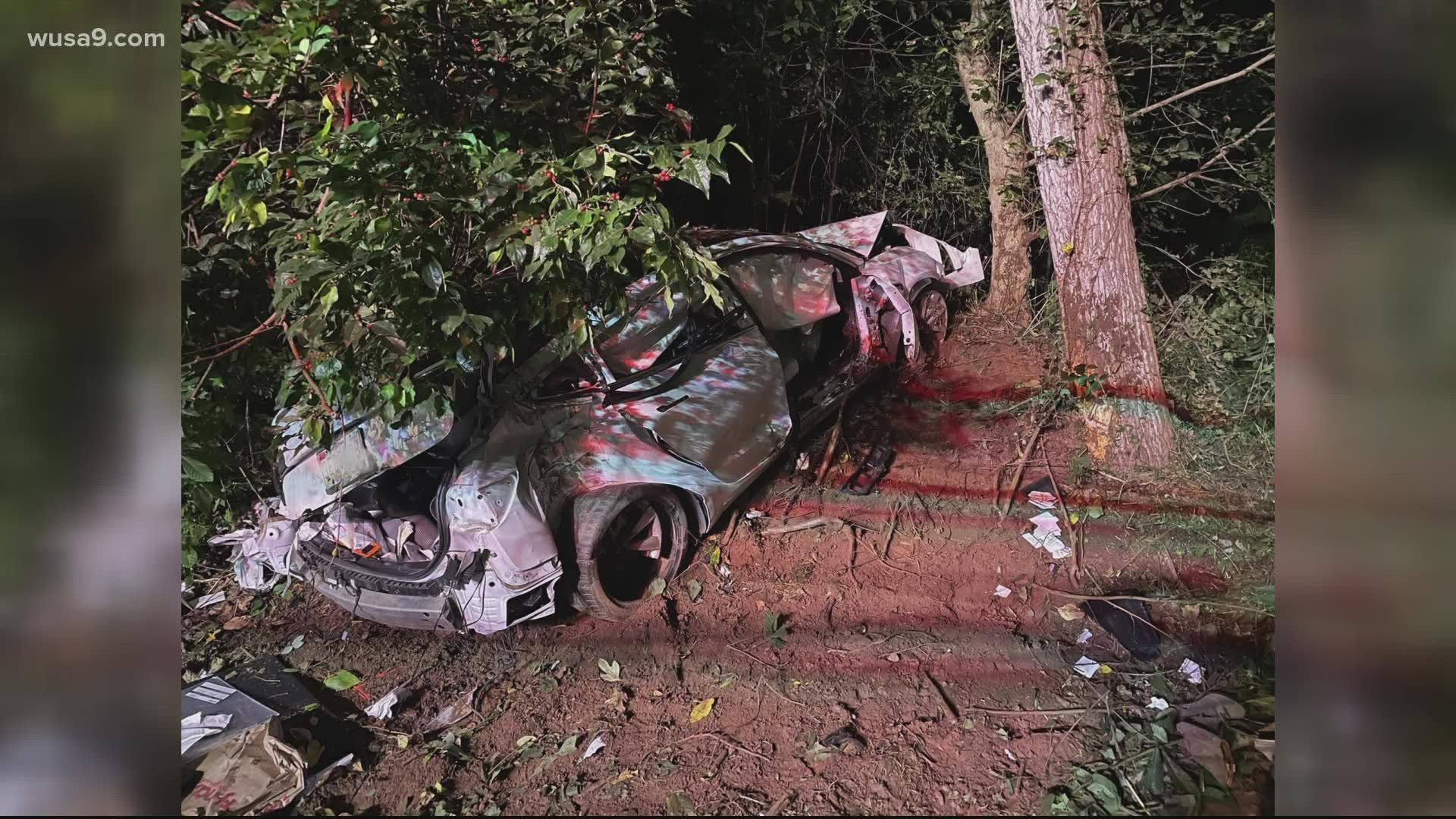 POTOMAC, Md. — Two people were hurt in a single-vehicle crash in Montgomery County, according to rescue personnel.

The electric vehicle went off the road and struck a power pole, bringing wires down around the vehicle, and trapping one person inside the car, Piringer said. Rescue crews were able to get the person out of the car, and they were taken to the hospital for treatment.

Piringer said one person had critical injuries and the other person, who did not have to be rescued by firefighters, was taken to the hospital with non-life-threatening injuries.

River Road near Spur Wheel Lane was closed for about three hours for the crash investigation and while Pepco worked to remove and replace the damaged power pole. The road has since reopened.

The cause of the crash remains under investigation. Investigators have not yet released the names of the people involved.

RELATED: Pedestrian dead after being hit by a car in Oakton, Fairfax County Police say