The President of Calvert County's Board of Commissioners says he's in favor of exploring ways to restrict pit bull dog ownership in after an 8-month-old child was killed by her family's dog Thursday. 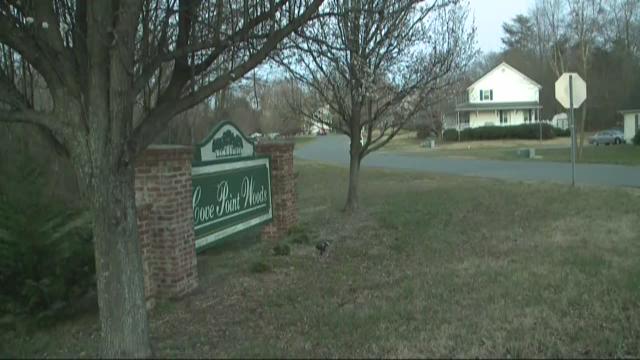 The President of Calvert County’s Board of Commissioners says he’s in favor of exploring ways to restrict pit bull dog ownership in after an 8-month-old child was killed by her family’s dog Thursday.

“They knew immediately the only way to stop that attack was to shoot that dog,” said Calvert County Sheriff Mike Evans as he discussed the response of two deputies called to a home on Prancer Court.

Deputies said the child was being watched by a neighbor when the family dog attacked the baby without provocation. They said the babysitter was injured when she tried to stop the attack.

Sheriff Evans described the dog as a 65-pound “pit bull type” dog which had been brought into the family’s home as a puppy six years ago.

It’s the second fatal dog attack in Calvert County since 2006. Previously a 78-year old Lusby man was mauled to death by his own pit bull pets.

Calvert County Board of Commissioners President Tom Hejl said Friday he would be in favor of state legislators exploring Pit Bull restrictions “because of the nature of the animal and what history has told us about the animal.”

There were 31 fatal US dog attacks in 2016, according to DogsBite.org which tracks incidents nationally. Seventy-onee percent of the fatal attacks were linked to pit bulls even though the breed represents only six percent of the dogs in the US, the organization reported.

The issue is so contentious, Maryland legislators were forced to pass a law in 2014 clarifying the liability of dog owners and removing any breed specific enhancements. The law was passed after Maryland’s Court of Special Appeals ruled that pit bulls are “inherently dangerous”, a designation that made owners and landlords more liable for any incidents. Pit Bull advocacy groups reported a flood of dogs being abandoned to shelters after landlords began restricting pit bulls from their properties.