Now, her parents are asking the owners to come forward and provide medical information about their dog so Charlie can avoid further treatments. 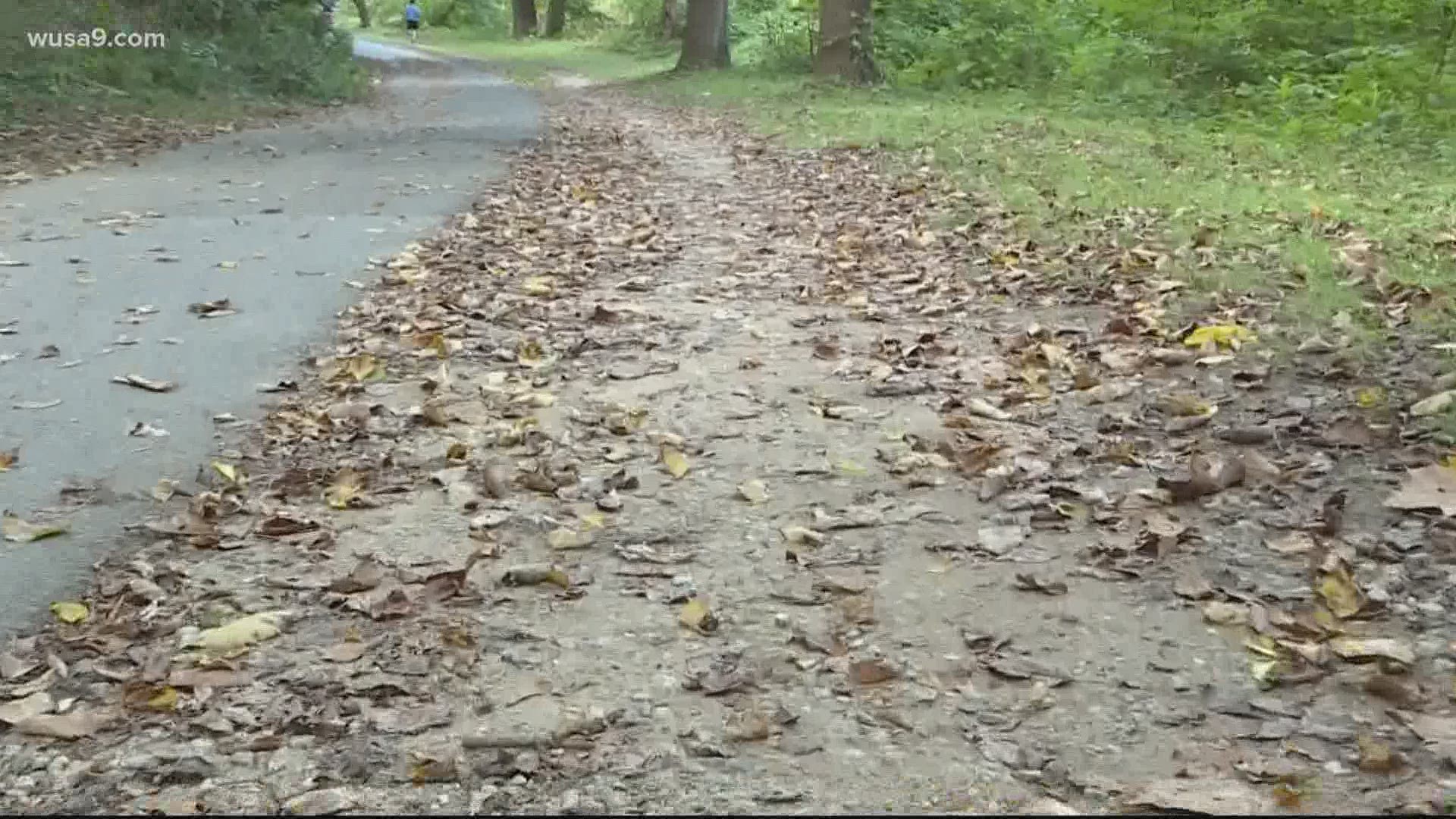 THURMONT, Md. — Six-year-old Charlie is nursing a nasty wound on her arm after her mom said a gray pit bull bit her while they were finishing up a family hike at Catoctin Mountain Park Friday.

"It’s a horrible feeling to watch your child be in pain and to know that there’s nothing immediately you can do about it," Charlie's mom, Joy Kurtz, said.

Kurtz said she had taken Charlie and her 4-year-old brother camping at Catoctin, which they frequently do as a family. She said her children had just been sworn in as junior park rangers, and they were finishing up a hike along the Yellow Trail from Blue Ridge Summit Vista.

Before they reached their car at the Hog Rock Parking area, Kurtz said they passed by a man and woman walking two dogs.

"We moved off the trail to let them go by and the kids were standing with me when the couple proceeded to pass us on the trail," Kurtz said. "The man informed us that his dog was not friendly, and seconds after that the dog lunged and ripped into my daughter’s arm. There was just no chance for us to react to that information.”

Kurtz describes the owners as a white man and woman in their 40s or 50s. She said the man was walking the gray pit bull, and the woman was walking a white spaniel-type dog with burnt orange and brown spots. She said both dogs were leashed.

"My daughter just started screaming, " Kurtz said. "I grabbed my son’s jacket and made a tourniquet around the wound… grabbed the kids and we ran to the car.”

Kurtz said she looked around for the owners after buckling her kids into the car -- and they were nowhere to be found. She rushed to the hospital, and Charlie received stitches and two rabies shots.

“[It] was pretty obvious …that she was in a pretty painful situation," Kurtz said.

She said her daughter had to get another shot Monday and has at least two more rounds ahead of her if they cannot track down the owners to get the dog's medical history.

Frederick County Animal Control said they're working with the National Park Service and the county health department to investigate.

Sgt. David Luckenbaugh with Animal Control said the dog is required to quarantine for 10 days after biting someone to monitor whether or not it had rabies when it attacked. He said symptoms will present in the animal during that time span if so.

He said per state law, they're also required to report all animal bites, including recording who the animal is and the owner.

Sgt. Luckenbaugh said this is the first instance he can recall of a dog biting someone like this in a public hiking area in the county.

When it comes to deeming a dog "dangerous" or not, the sergeant said they focus more on circumstances than the number of incidents the animal was involved in. The focus is on provocation -- did the victim do anything to provoke the dog bite?

Kurtz said her daughter definitely did not.

Six-year-old Charlie was bitten by a grey Pitt bull while she was hiking with her mom and brother at @CatoctinNPS Friday.

Now, they’re looking for the dog’s owners in the hopes of saving Charlie from having to get more painful Rabies shots.

Hear from mom on @wusa9 at 11. pic.twitter.com/rRLyeJBFDF

Charlie is not alone. An early 2000s report from the Centers for Disease Control and Prevention says that 4.5 million people suffer dog bites each year in the United States, and 19% require medical attention.

That amounts to one out of every 73 people in the country experiencing a dog bite.

For local context, the Insurance Information Institute has an interactive map showing the number of liability claims for dog-related injuries per state. The III's data shows that in 2019, Maryland reported 290 claims, Virginia had 363, and D.C. had 27 claims. Those numbers do not include bites where a claim was not filed.

“She’ll heal from the physical," Kurtz said. "It’s the mental, emotional that I’m worried about."

She is pleading for the owners to come forward and spare her daughter a little pain.

“I hope this never happens to anyone else again," she said.

If you have any information about the dogs or incident, please contact the National Park Service at (866) 677-6677.