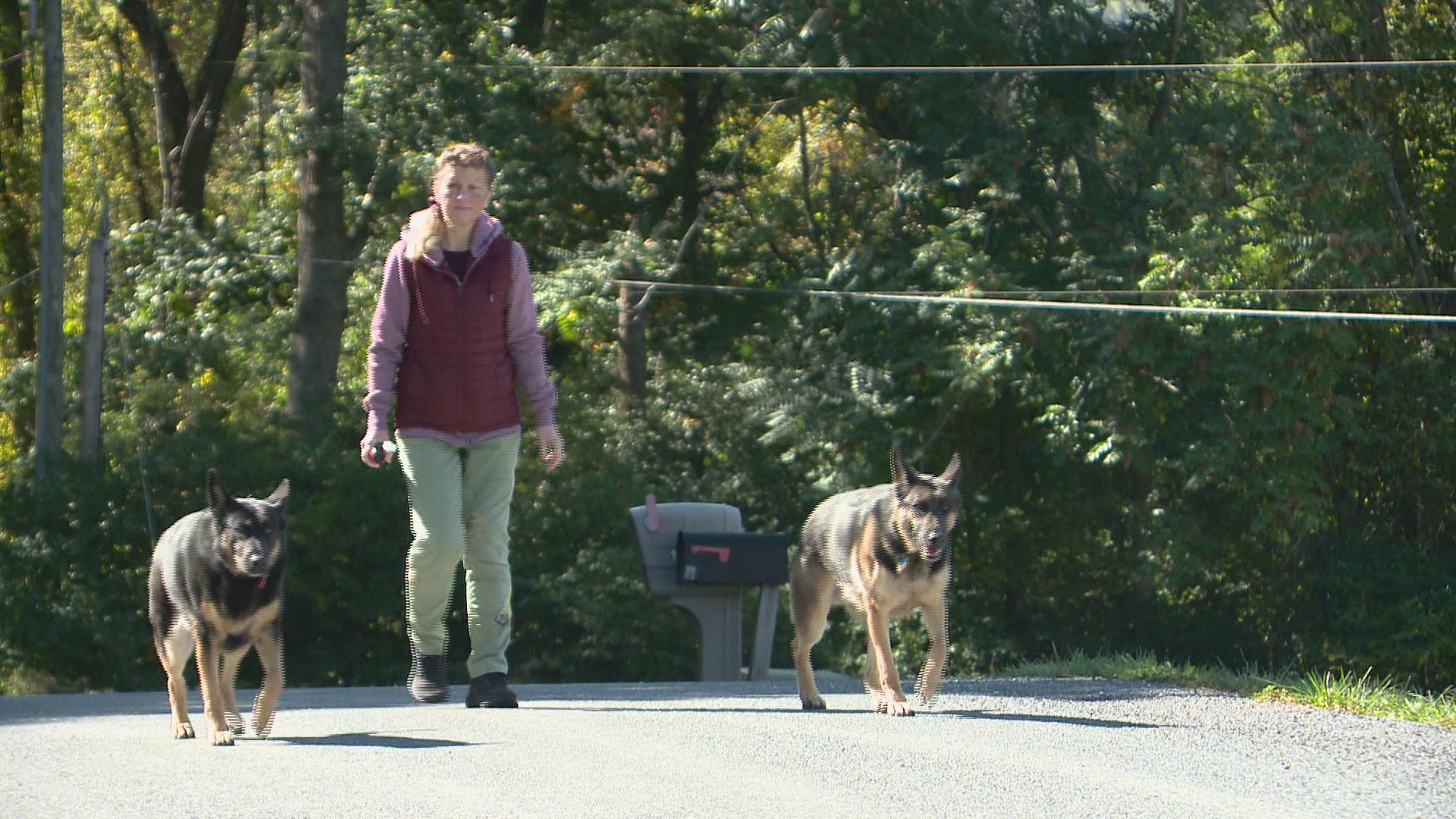 MYERSVILLE, Md. — *GRAPHIC IMAGE WARNING: Some photos in this story may be disturbing for viewers*

Renee Levow walked her two dogs near her home on Rum Springs Road in Myersville Maryland on Sept. 21.

"My female dog noticed something," Levow recalled. "She went to look. A black bear and her met. The black bear swiped at her twice and then he turned his attentions on me."

What Levow and her dogs encountered was a black bear estimated to be 150 pounds.

"He was super fast, and he was my height when he stood up in front of me," she said. "It was terrifying because all I saw was claws, nose, and eyes. I got two sharp bites in my left leg, above my knee. I felt like a rag doll because then I was in another direction."

Levow finally wrestled the bear off her, played dead while bleeding for ten terrifyingly silent minutes, before she was finally able to call 911. But she suffered two bites to the head.

"He bit me once on this side and he came across on top to here," she said pointing at her scalp."He sniffed me, gruffed or grumbled a little, and then I didn’t hear him anymore."

The Maryland Department of Natural Resources (MDNR) is warning anyone that is walking in the woods, bears are spreading into more communities than they typically do, because a spring cold snap was bad for acorns this year. Hungry bears could be coming to a neighborhood near you.

"This summer, there’s just way too many bears," Levow said.

MDNR tracked the bear for a while, but lost it. Levow lives along a migratory bear route.

MDNR believes the bear that attacked her has since left the area. Levow now holds bear pepper spray, which the state highly recommends for people to carry when walking in heavily wooded areas.

Credit: James Hash
Bear attack victim Renee Levow and her dogs on the road she was attacked

"I just need people to know they need to be safe when they’re out in a wooded area," Levow said. "Clearly make more noise when you’re walking."

Levow’s medical expenses have been high following the attack, and her family is fundraising to help cover them. 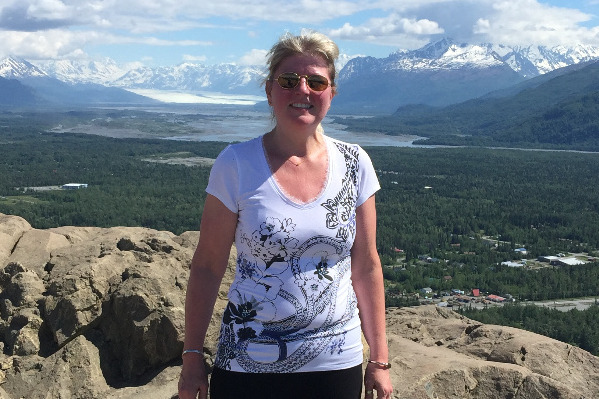 Renee's Recovery, organized by Jennifer Scire Reckley
September 21st 2020 was like any other day for our sister, Renee Levow. She left for her walk around 2:30 in the afternoon. She walks her 2 German Shepherds several times a day about 2 miles up Rum Springs Rd.