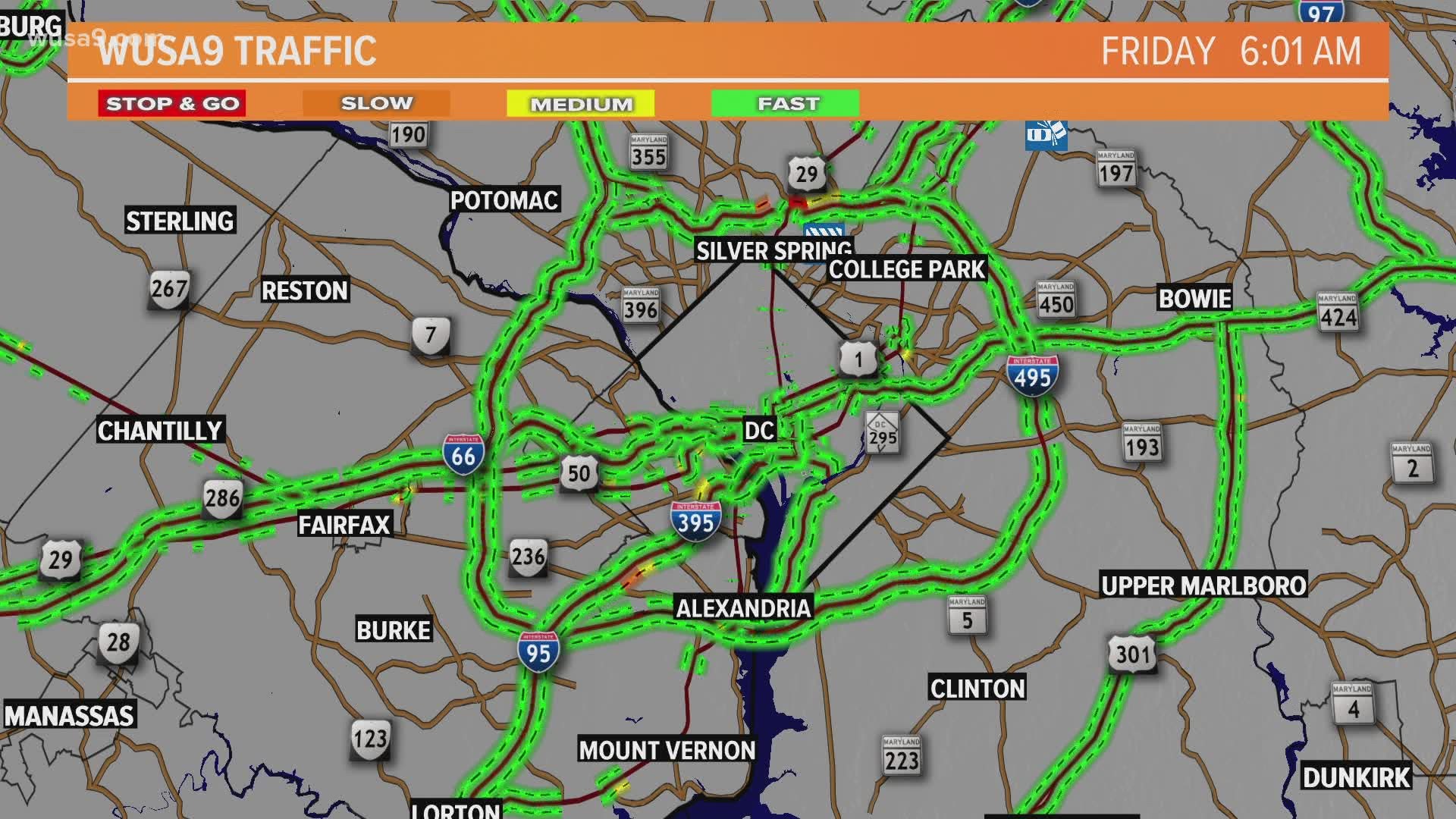 LAUREL, Md. — One person is dead after a vehicle crossed the median on Baltimore Washington Parkway Friday morning, according to United States Park Police.

Officials said the accident occurred between Routes 197 and 198 in Laurel around 4 a.m.

The first crashed occurred when the vehicle crossed into the median for unknown reasons before being struck by another vehicle, according to USPP Public Information Officer Sgt. Delgado.

According to officials, one person was declared dead at the scene. Police did not identify the age or gender of the victim and it is unclear if the deceased is the passenger or driver of the vehicle.

A Medevac was requested to the scene for a transport, but due to fog, the helicopter was grounded in the median and unable to leave the scene until the fog cleared.

Park Police said a another vehicle attempted to drive through the median to exit the initial traffic backup on the parkway before also being struck. There were no deaths in that accident.

Officials were unable to identify how many passengers or the ages of those in either accident.

All lanes on 295 northbound and southbound are closed while officials reconstruct the accident scene.

In 2018, a toddler died while her father and another man were taken to area hospitals for critical injuries after a late night BW Parkway crash.