Under Gov. Hogan's executive order, indoor dining is allowed in Maryland restaurants at 50% capacity. Some localities, though, have banned it altogether. 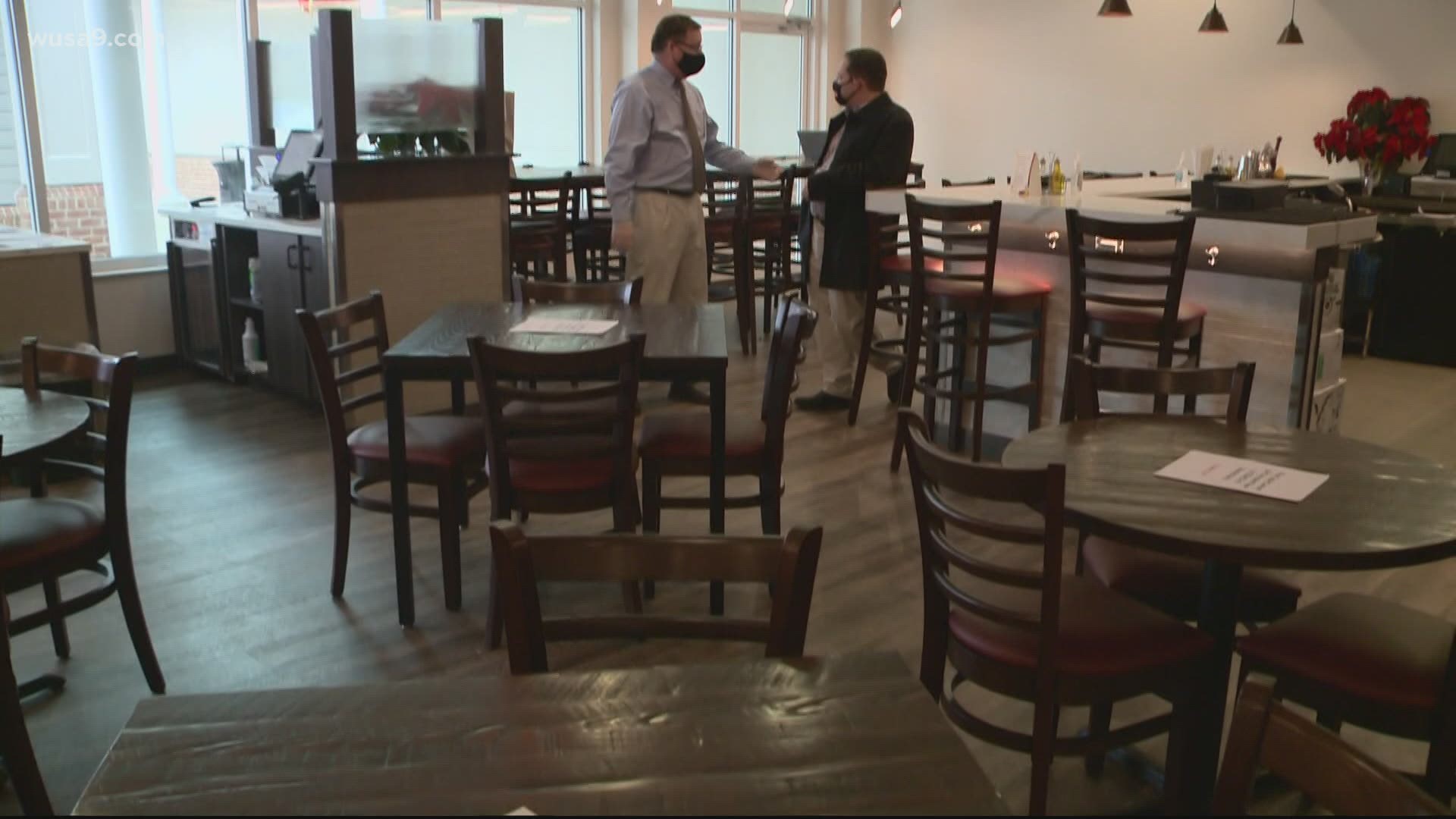 COLUMBIA, Md. — The Restaurant Association of Maryland announced Friday that it has filed for temporary restraining orders and injunctions to reopen indoor dining in Montgomery and Prince George's counties as well as Baltimore City. All three jurisdictions restricted indoor dining in December.

Joe Zauner, an attorney for the restaurant association, said they are asking Maryland's courts to "rule in favor of restaurants and their employees" and to restore indoor dining to capacities allowed under state rules. Gov. Larry Hogan's latest executive order restricts indoor dining in Maryland to 50% capacity and allows only seated customers to be served.

"Gov. Hogan has indicated there is no data or evidence that warrants closing of indoor dining," Marshall Weston Jr., president of the Restaurant Association of Maryland, said. "If indeed restaurants were a source of COVID we would have seen significant increases while restaurants were open at 75% capacity, yet that did not happen."

Prince George's County officials acknowledged the heavy burden restaurants have faced during the pandemic, but reiterated that the county is working with health officials at every turn to make updated decisions based in science.

"We have made efforts to provide financial assistance, dispersing $7.6 million to our restaurants alone through the Restaurant Resiliency Fund, and that does not include those who applied for and received funding from the $20 million Business Recovery Initiative," Gina Ford, a spokeswoman for Prince George's County Executive Angela Alsobrooks, said. "All of our efforts throughout this challenging time have been, not only to sustain restaurants, but to ensure they recover after COVID-19 leaves our community."

Weston said that Maryland's dining industry has lost approximately $1.4 billion in sales and laid off or furloughed more than 100,000 employees over the course of the pandemic.

"Restaurants are the backbone of every community and neighborhood," Weston said. "And we cannot stand by and allow for this to happen. Rather than having gatherings and parties in our homes, restaurants provide a safe and regulated space to meet and gather with friends safely."

According to a survey from the National Restaurant Association, 45% of Maryland restaurant operators said they will close permanently in the next 6 months unless they receive a significant financial relief package from the government.

“We own restaurants, but we are mothers and fathers, husbands and wives," the owner of Duck Duck Goose in Bethesda, Ashish Alfred, said. "We pay college tuition and rent. We are valuable parts of the fabric that make up the communities in which we do business. We are scared. We are confused. We are 70,000 people that without due cause have been left jobless and incomeless a few days before Christmas."

Zauner said he expects to hear from the courts on whether the injunctions are granted within a few days, allowing restaurants to operate indoor dining through the holidays. He noted the request was for a temporary injunction, which he said would likely last around 15 days, and then the association and courts would have to discuss further changes.

"For the first time in 35 years, I can’t tell my employees that everything will be OK," Lynn Martins, owner of Seibel's Restaurant in Burtonsville, said. "It is emotional. Until now, I've always been able to do what my father told me to do – take care of the people who take care of you." 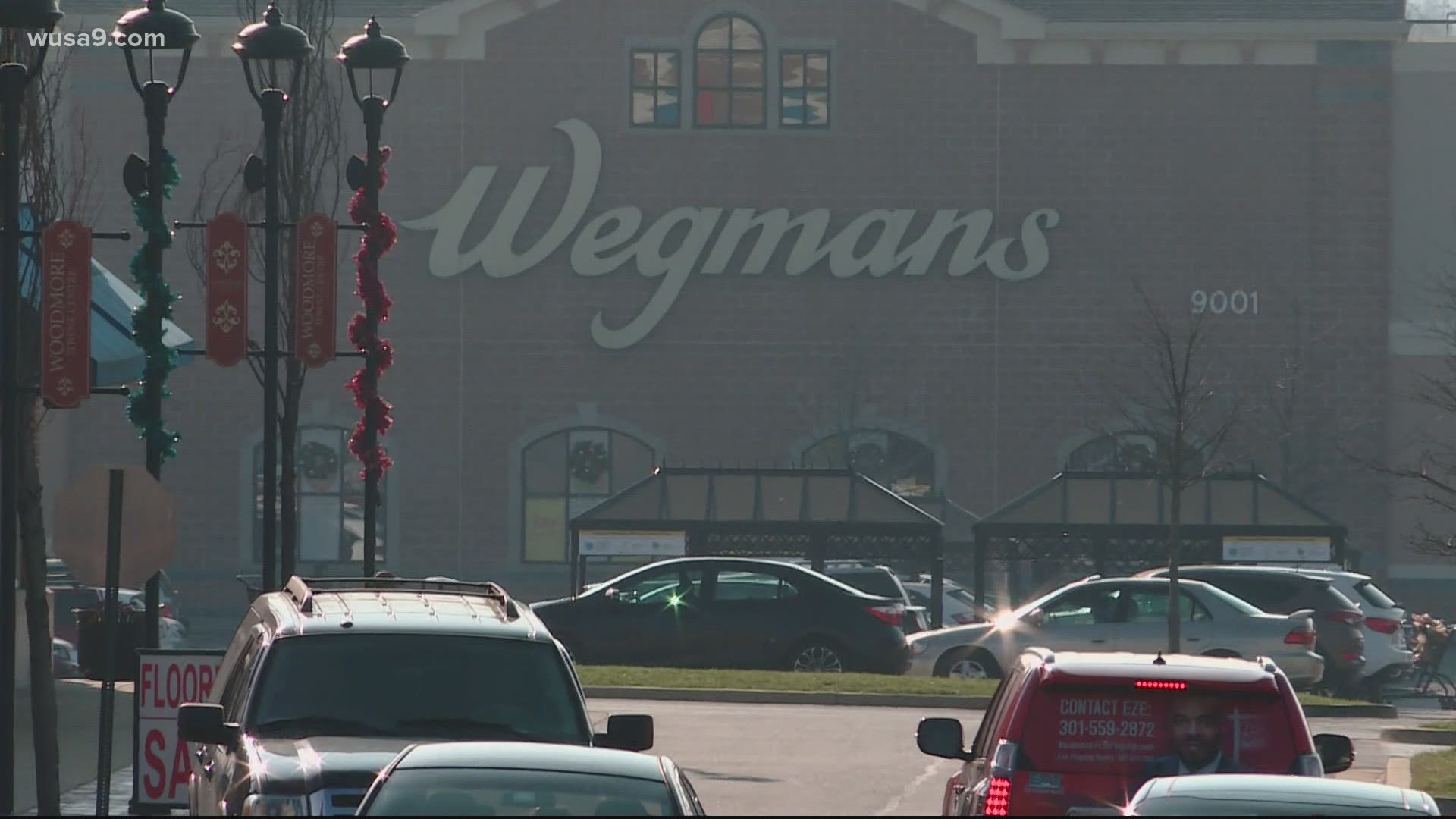