A Ring door camera captured the person who dropped the letter in front of the home, according to the affidavit. 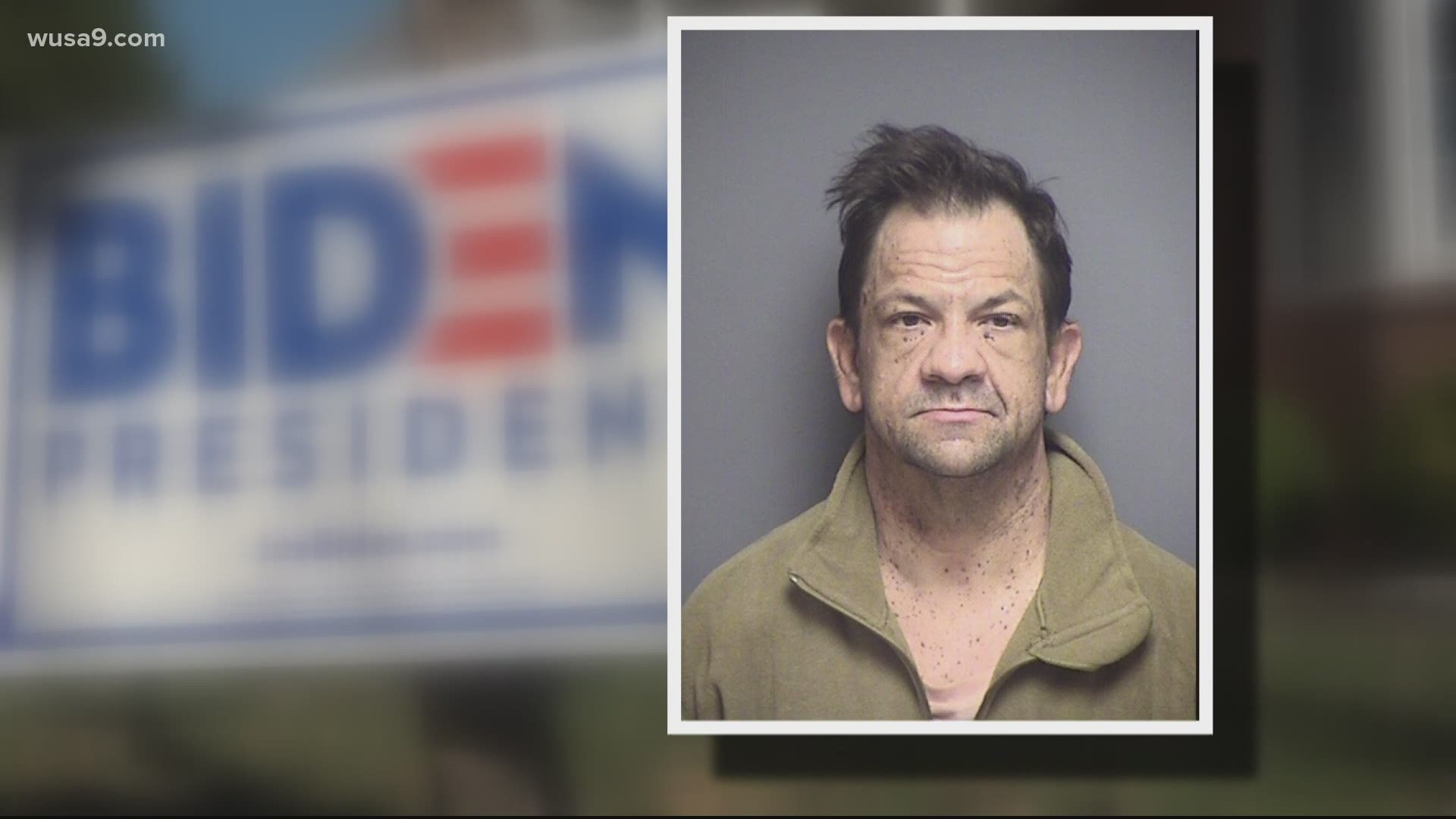 FREDERICK, Md. — A Frederick County man has been charged and arrested after he was allegedly caught on camera leaving a threatening letter at the front door of a house that had several signs in their yard supporting Biden/Harris, according to federal court documents released Wednesday.

On the morning of Oct. 4, 42-year-old James Dale Reed left a threatening letter at the doorstep of a home in Frederick, according to the affidavit filed. The letter started with, "This is a warning to anyone reading this letter if you are a Biden/Harris supporter you will be targeted."

Officials said the letter also threatened 2020 candidates former Vice President Joe Biden and Senator Kamala Harris stating, "When We capture Grandpa Biden We will all severely beat him to the point of death as for Mrs. Harris she will be bent over and Anally raped by my rifle barrel."

A Ring door camera captured the person who dropped the letter in front of the home, the affidavit said. The resident of the home, Mark Postuma, told officials that they didn't know the person. Postuma said he was scared, but never considered taking down his yard signs.

"I think it's just kind of a sign of the times right now," Postuma said. "It's disturbing, especially since what happened with the governor in Michigan. My wife and I have discussed the situation and both of us are adamant that the signs will stay up. It's not going to change our vote in anyways.

Investigators worked to identify the person caught on camera and were tipped off that the person was Reed. They said a person who knew Reed saw the door camera footage and confirmed to police that it was him. 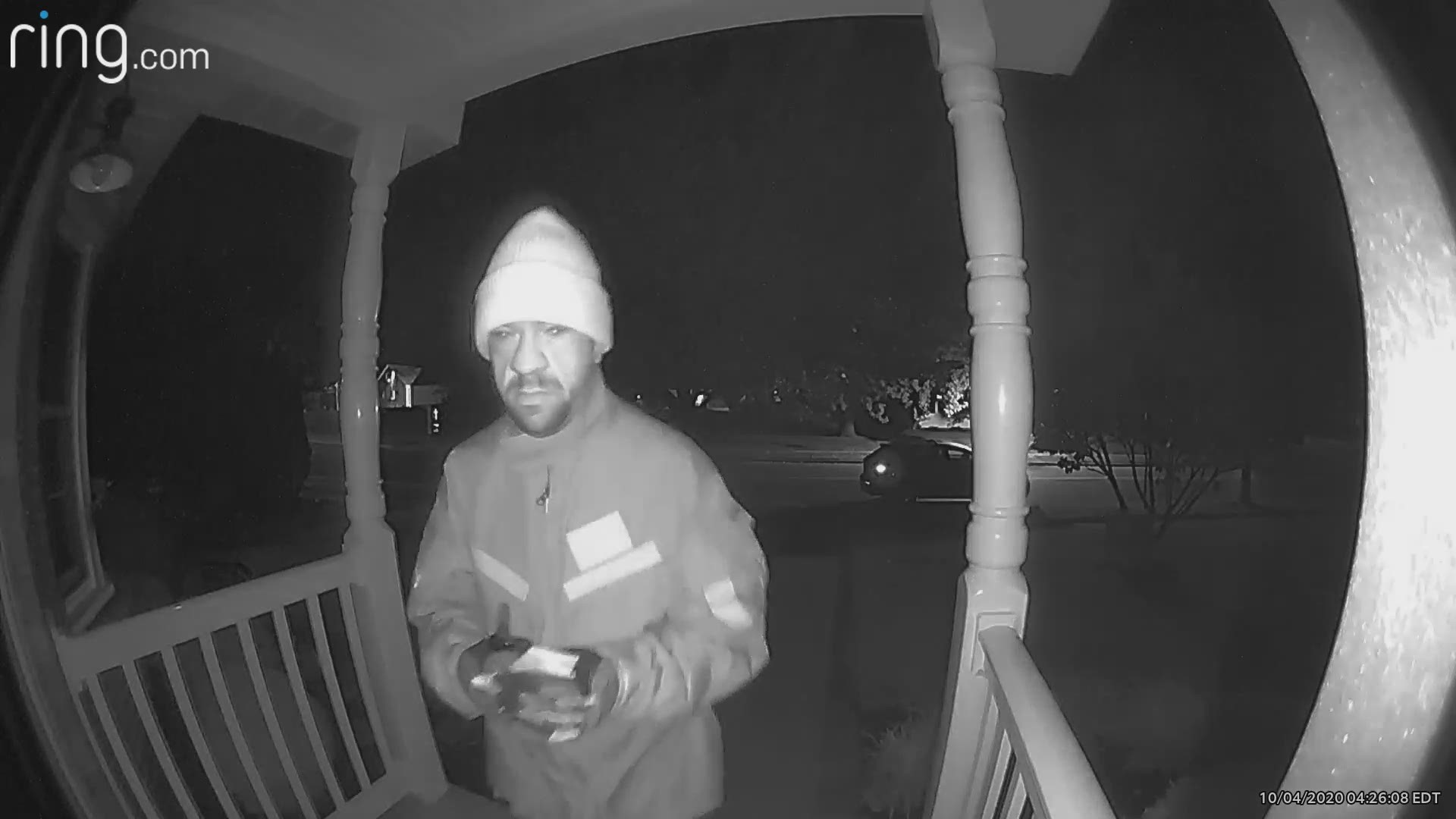 Police interviewed Reed following the tip and he originally told investigators that he was not the person that left the threatening letter at the front door. A couple of days later, Reed admitted to writing and delivering the letter and was arrested.

Neighbors Sonia Bell and her son David described the search and arrest, noting that they saw investigators taking guns from the house, but said they were stunned it was Reed.

"I've known him from when he was in elementary school with my kids, and it's just shocking," Sonia Bell said. "We're all shocked because Jimmy is a good person. We would not have thought this about him."

Sonia Bell added that typically the neighborhood, Reed included, had taken a "agree to disagree stance."

"It's just sad that you can't be a Democrat or a Republican nowadays," David Bell said. "People are arguing, but we're all Americans, and that's what people are forgetting." 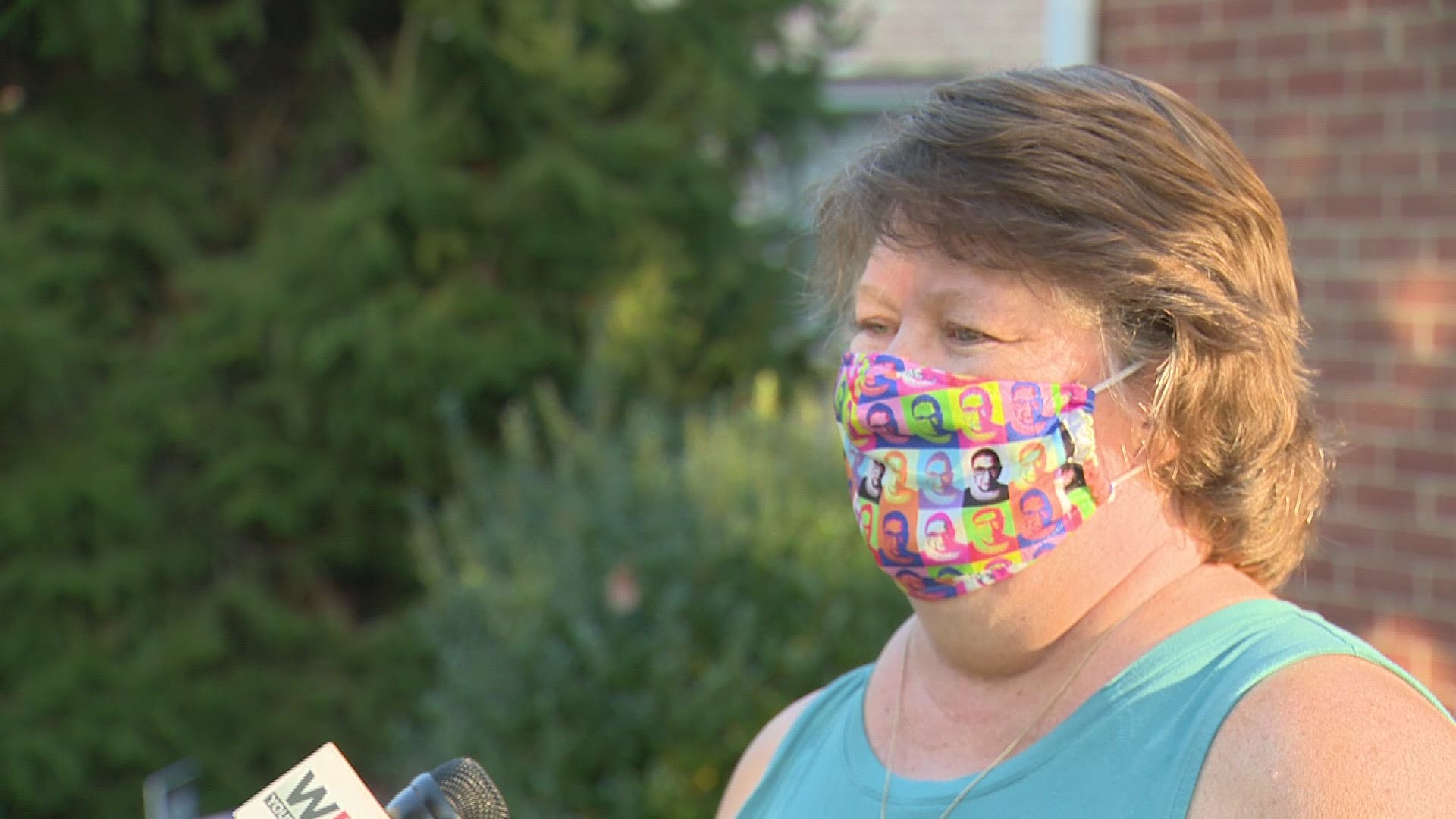 “We take these types of threats extremely seriously. Such threats to commit violence are illegal and have no place in our democracy, and we will hold accountable those who make them. We are grateful for the assistance of the City of Frederick Police Department and to citizens who provided tips that ultimately led to Mr. Reed’s arrest and these federal charges,” said United States Attorney for the District of Maryland Robert K. Hur.

READ THE FULL LETTER BELOW: