It is unclear how many people were killed or injured. 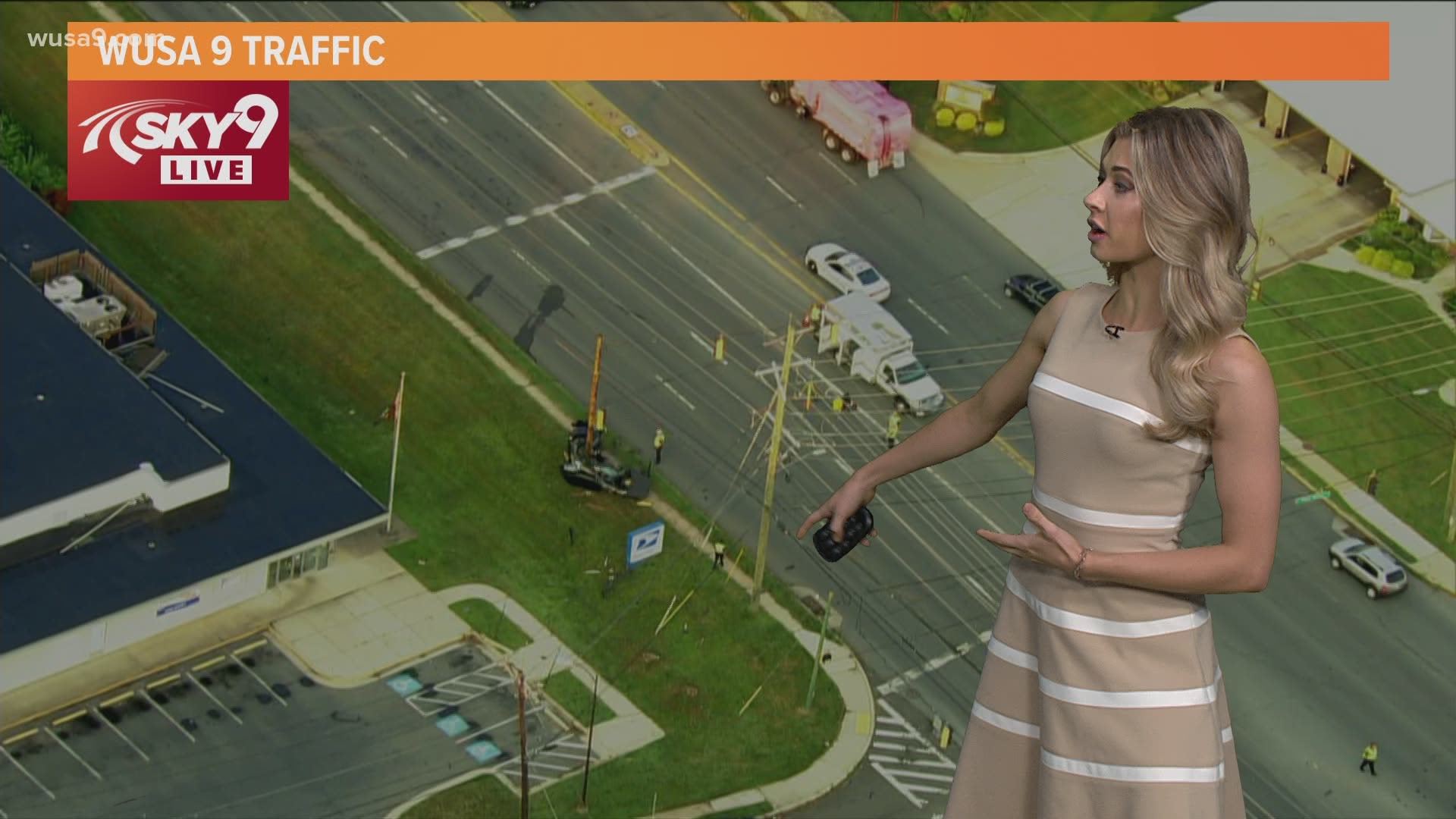 SILVER SPRING, Md. — Police are at the scene of a fatal car crash in Silver Spring Thursday morning, according to Montgomery County Police Department.

The crash has shut down all lanes on northbound New Hampshire Avenue at Wolf Drive, including Cannon Road and Randolph Road. Southbound lanes in the area remain open.

Police said this incident is fatal, but it is unclear how many people were killed or injured.

SKY9 is at the scene and it appears a car struck a utility pole and is wrapped around the pole.

Information on what led up to the crash has not been released. The identity or identities of the people involved is unknown.

Northbound New Hampshire Avenue is expected to remain closed for an extended period of time as crews investigate the crash.

The incident doesn't appear to be causing any major backups or delays.

To view the latest traffic updates, click here to use our interactive map.

Sky9 over New Hampshire Ave at Wolf Dr in #Colesville, where northbound traffic is closed due to emergency utility work from an earlier accident. Southbound lanes have reopened to traffic. (6:25am) @wusa9 #GetUpDC pic.twitter.com/yFKT7ngkf9

This story is developing. WUSA9 will provide the latest updates as information becomes available.