The fire started at a two-story home in the 8600 block of Kelso Terrace around 4 p.m. Saturday. 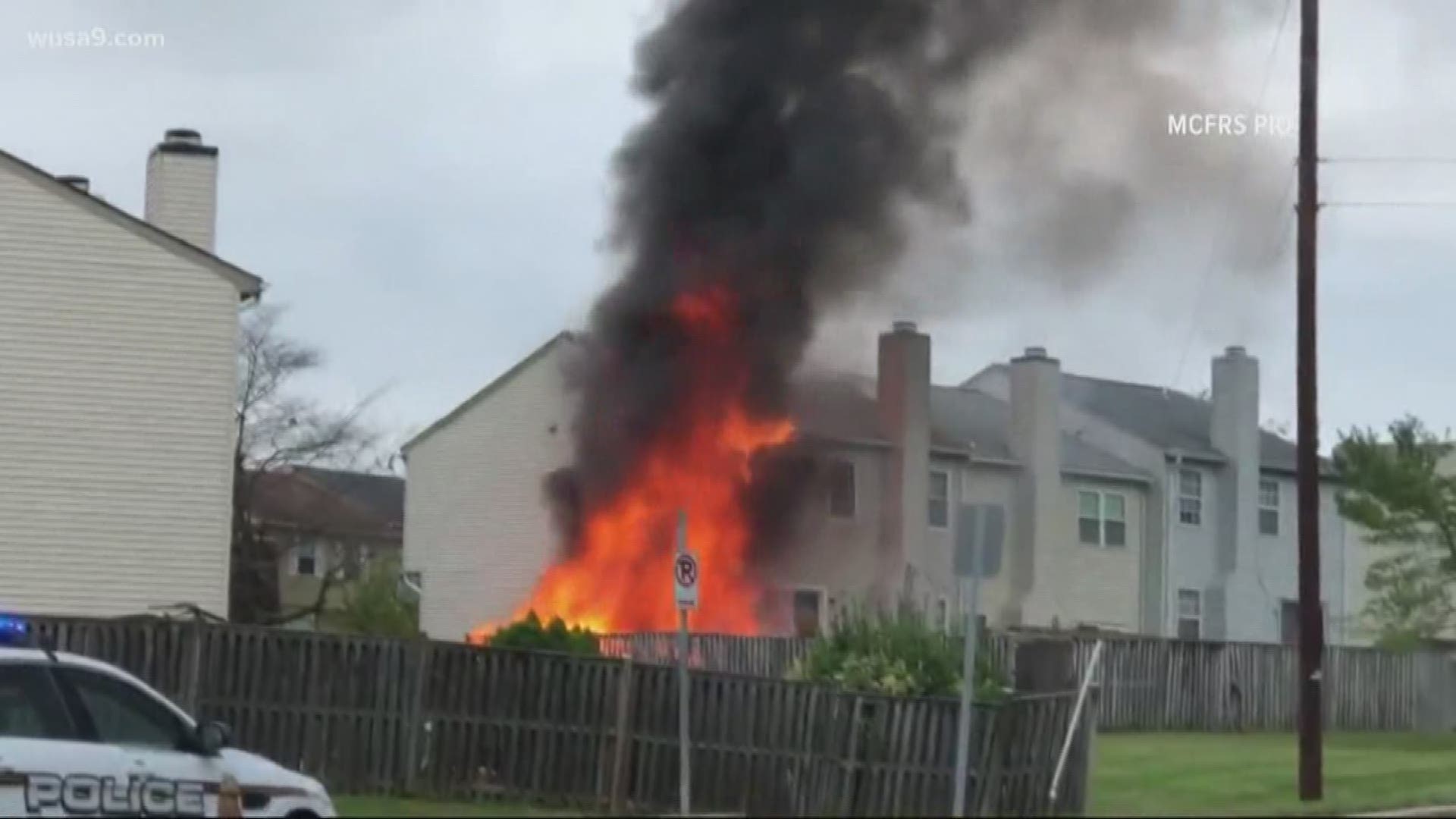 GAITHERSBURG, Md. — A family was displaced after a fire destroyed their home in Gaithersburg, Maryland.

Montgomery County fire crews responded to the fire at the two-story home in the 8600 block of Kelso Terrace around 4 p.m. Saturday. Officials say the fire appeared to have started on the outside of the home and extended inside and into the roof and attic area.

Luckily, everyone inside the home managed to get out safely and no one was injured. Fire officials evaluated several patients and took at least one person to the hospital with non life-threatening injuries. No firefighters were injured.

RELATED: It took 70 firefighters to put out this Maryland house fire

More than 75 firefighters responded to the scene and the fire was knocked down in 10-15 minutes. Officials have not yet said what caused the fire.