Law enforcement said the father jumped in the deep end of a pool to rescue his 7-year-old daughter even though he didn't know how to swim. 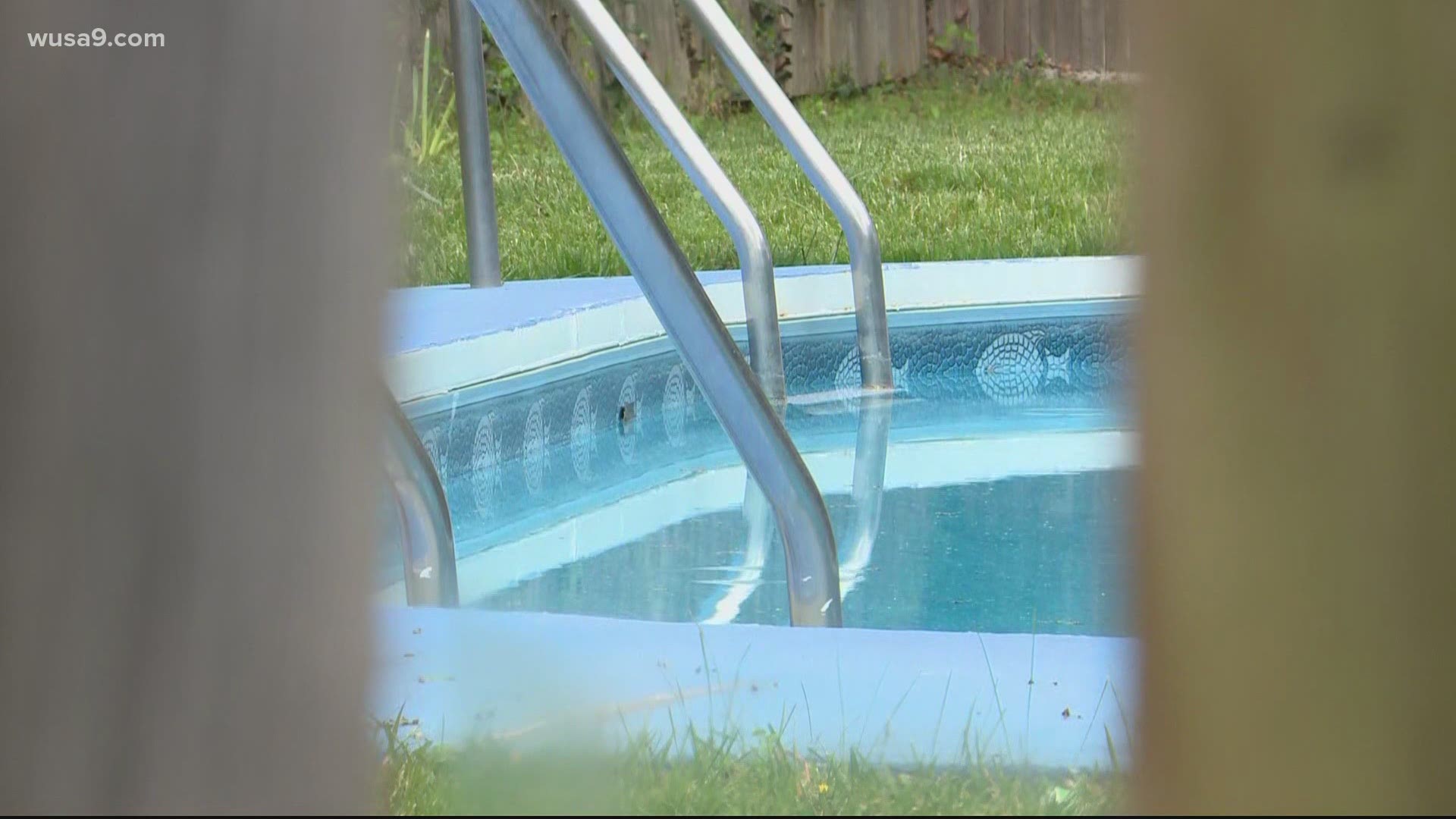 WALDORF, Md. — Lisa Ridley knew something was wrong when the music abruptly stopped.

The resident along Jefferson Lane in Waldorf could hear the large birthday party in her next-door neighbor's backyard late Saturday afternoon, when suddenly the jovial sounds turned into panic.

She could both see the quick response from firefighters and paramedics and hear the cries of help from her neighbors after a father and his young daughter died in a drowning.

"It was just complete and utter chaos," Ridley told WUSA9. "They were having fun and started cooking when all of a sudden, everyone just started freaking out."

Officials with the Charles County Sheriff's Office said 7-year-old Christian Agboola of Hyattsville jumped into an uncovered and open in-ground pool before 6 p.m. even though she didn't know how to swim. Her 44-year-old father, Haffis Agboola, jumped in the deep end of the pool to rescue her but he was unable to swim, according to investigators.

A 17-year-old boy at the party jumped in to help both of them, but he took too much water. The teenager was sent to Children's National Hospital where he remains in critical but stable condition.

Someone has left behind flowers outside the home where a Hyattsville father and his seven-year-old daughter drowned in a pool during a birthday party over the weekend in Waldorf. The father tried to rescue his little girl but he didn’t know how to swim, officials say. @wusa9 pic.twitter.com/YWzKL7s1HP

A couple of days later, someone left a bouquet of flowers at the fence where firefighters busted through to get to the victims.

Ridley said hearing the anguish from the girl's mother is what will stick with her the most.

"The loudest scream I've ever heard in my life followed by her falling on the ground," Ridley recalled. "That's something nobody should ever deal with ever. It hurts me because I have young kids that age and to know what she's going through, I can't imagine."

Neighbor Genesis Burch said someone from the party knocked on their door asking if anyone knew how to swim. Like Ridley, Burch wished she was able to help.

"That was very scary to see something like that," she said.

The father's sister-in-law told WUSA9 that the family is clearly grief-stricken. The mother of the daughter is staying at a hotel to give herself some space.

RELATED: Waldorf birthday pool party results in drowning of 7-year-old daughter, father who tried to save her