Waldorf birthday pool party results in drowning of 7-year-old daughter, father who tried to save her

The two died at a home pool in the 1200 block of Jefferson Lane in Waldorf amid a birthday party happening at the residence. 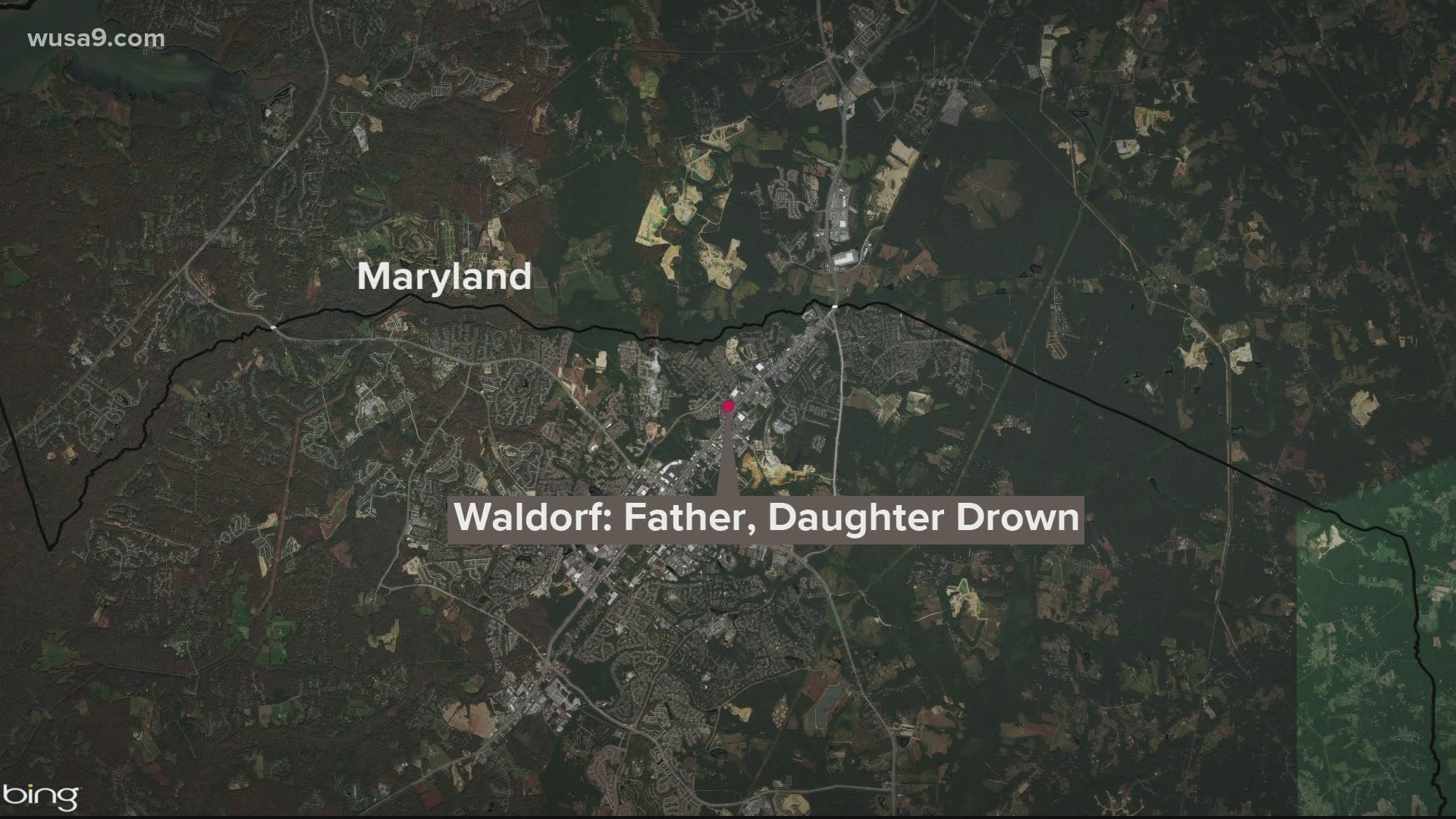 CHARLES COUNTY, Md. — A father and his 7-year-old daughter died in a drowning at a pool in Charles County, Maryland, just before 6 pm on Saturday, according to the Charles County Sheriff's Office. The tragedy took place in the 1200 block of Jefferson Lane in Waldorf.

Initially, officers responding to the 911 call observed three victims at the bottom of the pool amid a birthday party happening at the residence and immediately jumped in to rescue them. All three victims were removed from the water and given CPR.

The 44-year-old father and daughter died shortly after being transported to the hospital.

The third victim, a 17-year-old male, was flown to Children’s Hospital Center in critical condition. Two firefighters were also injured during the water rescue and were transported to the hospital, treated and later released.

The sheriff's office stated that the girl either fell or jumped in the pool, which led to two men and a teen going into the pool to help save her. The father and the teen had to be pulled from the pool, according to the Charles County Sheriff's Office.

Detectives are in the process of positively identifying the child’s name. Her father has been identified as Haffis Olanrewaju Agboola of Hyattsville. The 17-year-old is not being identified at this time. The investigation is continuing.