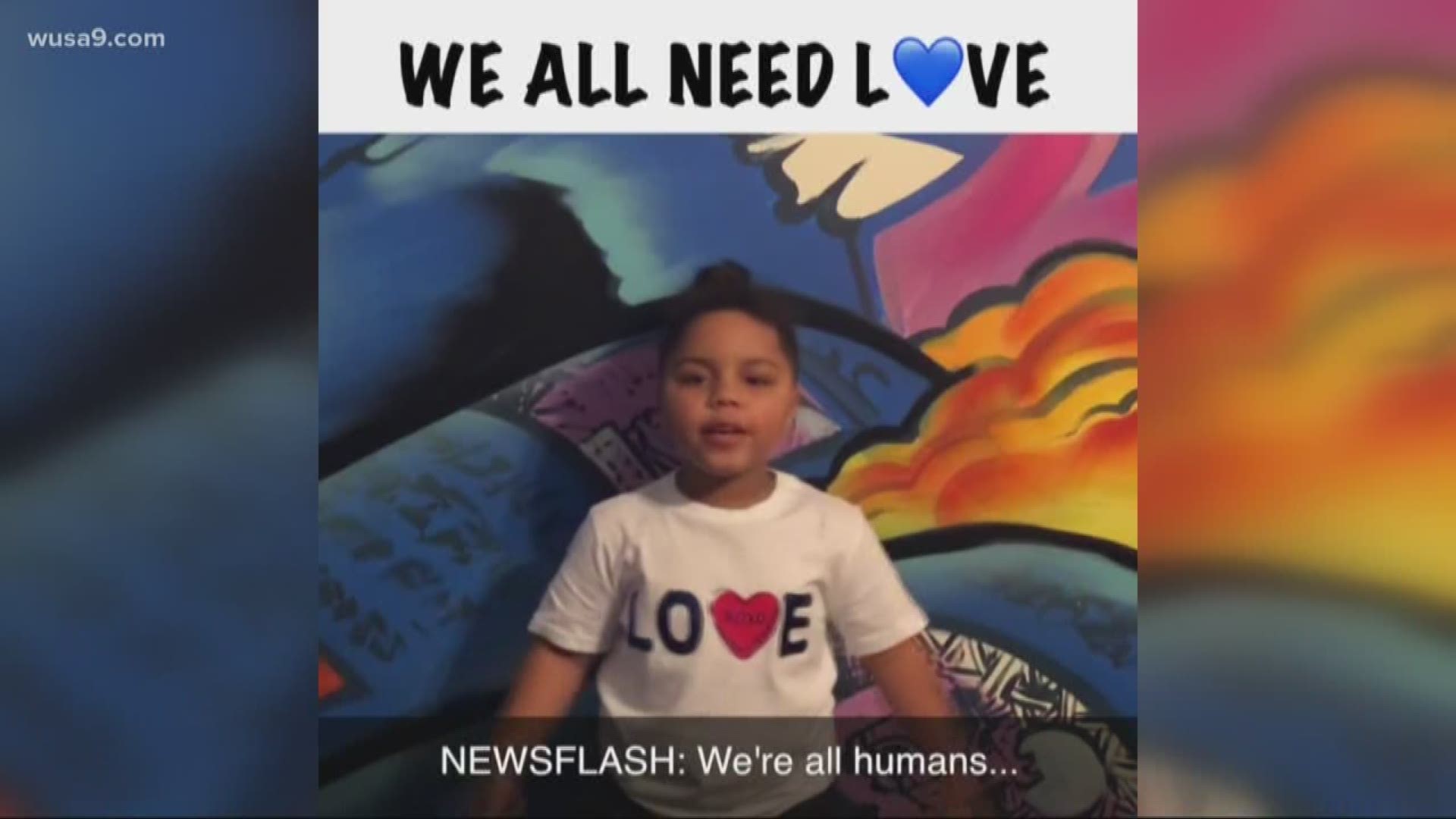 GAITHERSBURG, Md. — A cute kid is tackling an ugly problem.

Anti-bullying activist Cavanaugh Bell is just 6-years-old, but he's already drawing attention to bullying victims who have taken their own lives.

And he's convinced his community to do something about it.

He focuses on young people who have taken their own lives after being bullied.

"That's Gabriel Taye. He was supposed to turn 11. He was bullied. He thought about suicide. And his mom found him dead," he said, pointing to one of a dozen photos of bullying victims scattered on a table in his bedroom.

Two weeks ago, Cavanaugh climbed up a step stool, and asked the Gaithersburg City Council to designate February 21 as Anti-Bullying Awareness Day.

"My name is Cameron Bell. I'm six years old," he said calmly to the council members and a crowd of people watching. "And today, I want to talk about bullying. I had some trouble with bullying."

"If we don't stand up to bullying, we may never get it to stop," Cavanaugh continued.

"He was so articulate and prepared for this moment, and he really had an impact on us," said the mayor.

"I hope every February 21, we'll pause to reflect and spread positivity and love to each other," Cavanaugh told them.

"We're going to issue the proclamation in two weeks," said Mayor Ashman. "Sometimes it takes some of the youngest among us to remind of what's important in life."

Cavanaugh said he was bullied himself.

His mom is coaching him through kindergarten at home for now. But he's planning to go back to school for first grade. And you get the sense there's no stopping him now.

"You can achieve whatever you believe," he said.