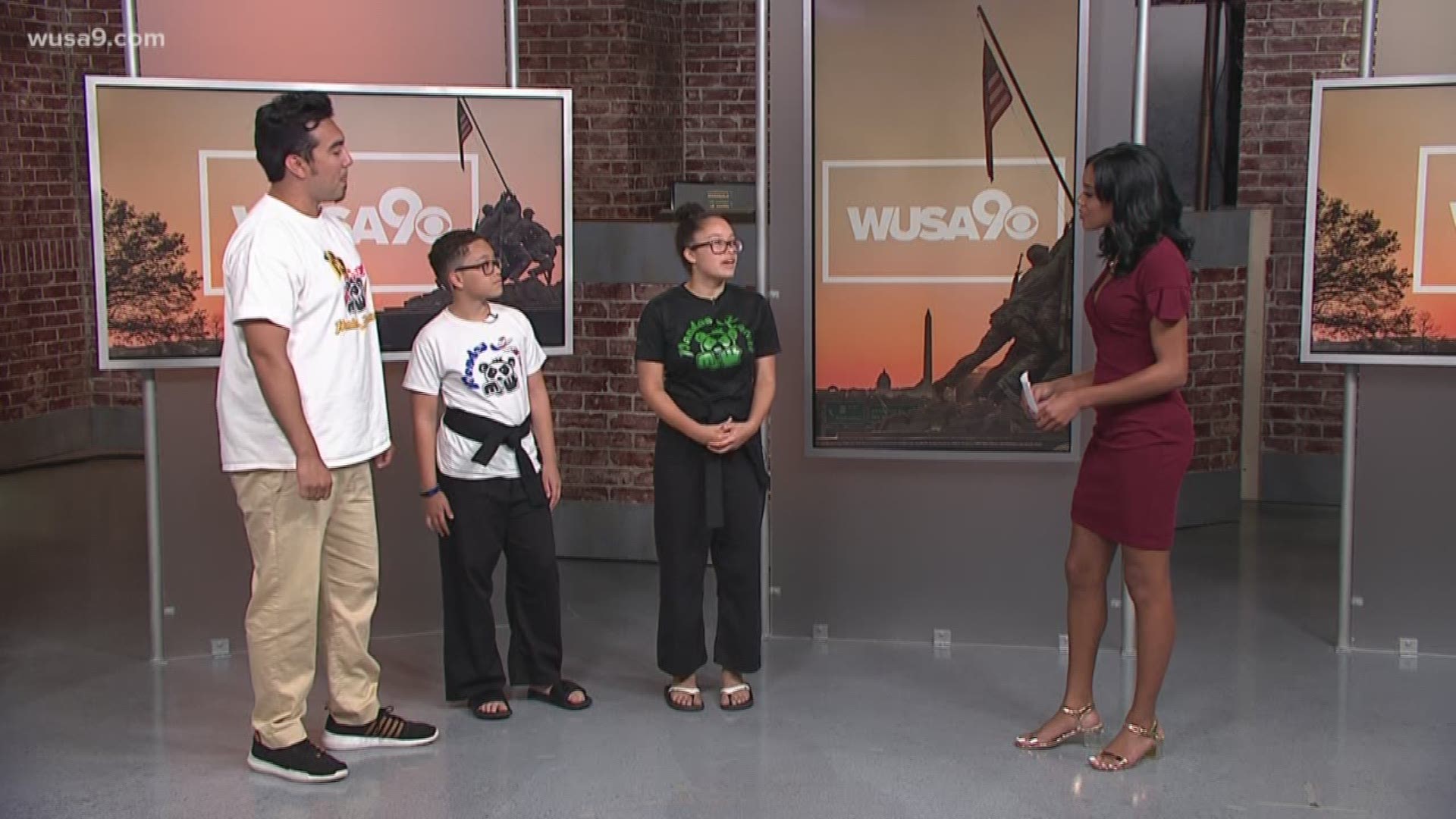 WASHINGTON -- As Maryland public school students head back to class this week, a local anti-bullying program is raising awareness about ways kids can protect themselves without physical violence.

When Daniel Amaguana was kid, he was teased about his weight. The bullies were relentless from the fourth to eleventh grade. Now, several years later, Amaguana is helping children across the DC metro area prevent what he went through.

"I'm a bully survivor and I'm really fortunate that I had a great circle of support," said Amaguana, the co-founder of Pandas Karate in Derwood, MD near Gaithersburg.

Amaguana and his wife, Susan, have an exclusive anti-bullying program called " PK Armour," which teaches kids how to fight bullying without using physical violence.

COMING UP: We have @PandasKarate in the studio to talk about its anti-bullying program. How you can combat bullying using three non-violent tactics. Join us! #GetUPDC @wusa9 pic.twitter.com/7033tvIvsz

"If someone comes up to you and makes fun of you, the first tactic is to agree with the bully," Amaguana said. "That's going to allow the words to bounce off of you."

"The second way is blame it on the parents," he said. "So, parents don't mind them using you as a shield to protect themselves."

Using a role play demonstration in the studio Sunday, two of Amaguana's students gave an example of "parental blaming."

If a kid tells a boy his haircut is ugly, that child should say "my parents wanted me to get a haircut."

"I always ask students if bullies have hearts and they say yes," Amaguana said. "So, what you want to do is touch the heart they have and use empathy by being direct and asking them why they are even doing this in the first place."

Amaguana is a fifth-degree black belt and has helped promote more than 300 students to black belt. With more than 20 years of experience in the martial arts industry, Amaguana and his wife made it their mission to improve the quality of life for kids across the area.

The have been to more than 30 schools with a performance called "Sticks and Stones.”

Amaguana is passionate about empowering youth and improving others’ self-esteem.