The future of policing in Montgomery Co. schools could keep SROs on staff, but not directly inside schools

Montgomery County Councilmember Nancy Navarro proposed an alternative SRO plan that would remove SROs and replace them with an exterior cluster team. 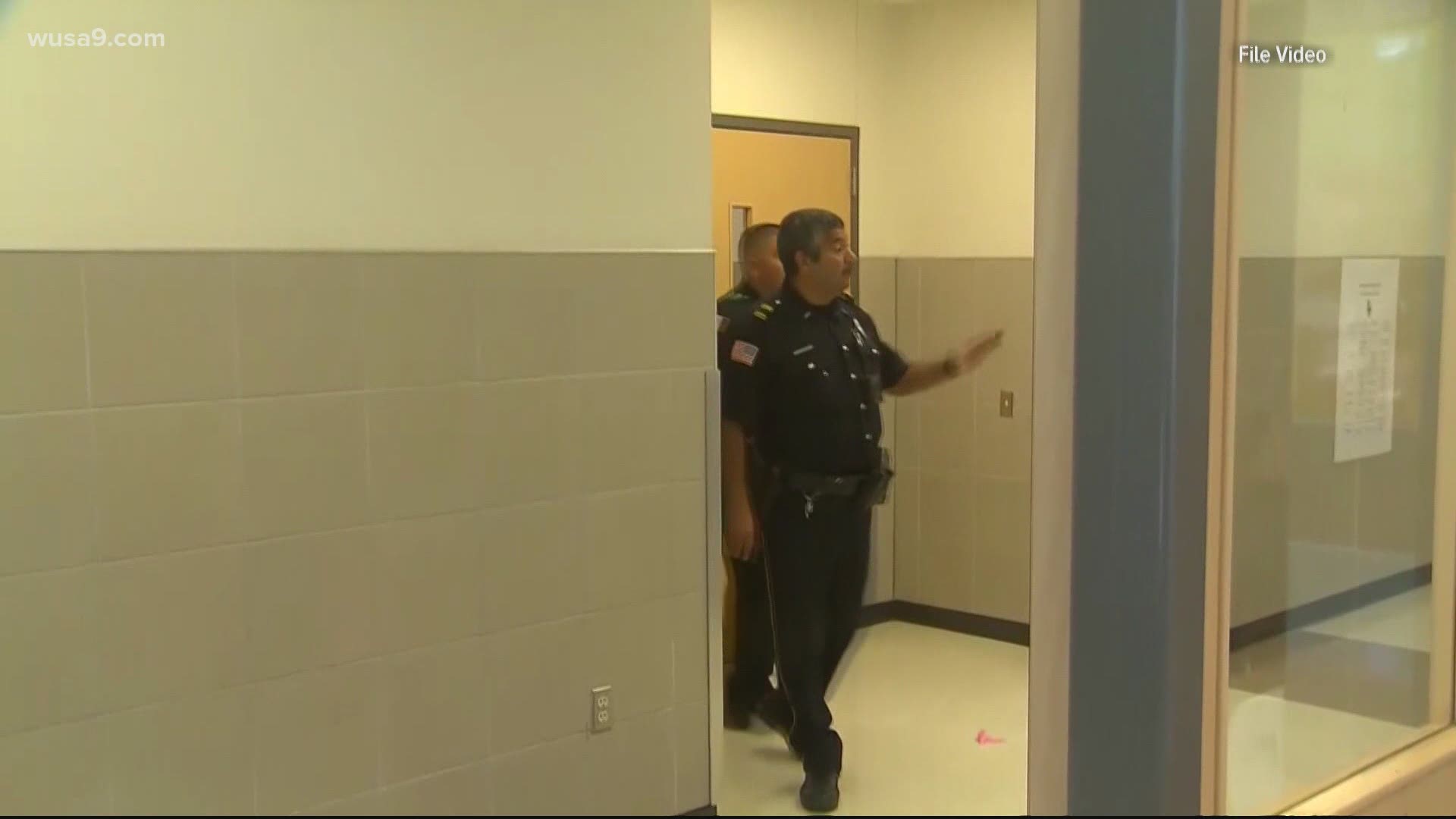 Navarro’s amendment to a pre-existing bill to keep SROs would keep the officers out of school facilities and instead place the officer in a cluster team made up of SROs, mental health professionals, and positive youth development staff.

Previously proposed bills aimed to either eliminate them entirely or keep the SRO program with modifications.

“It incorporates elements that I think should satisfy all the different sides,” Navarro said. “It does remove SROs from schools, but it does provide a type of public safety coverage that I know a lot of parents are wondering about.”

She said the SROs would be a part of a cluster and would have to go through rigorous training.

"It would be a team that would be comprised of police officers, SROs, also mental health professionals, positive youth development staff and they would have to go through very rigorous training, which actually a lot of that training is contained in one of the bills that was introduced," Navarro said.

She said there would also be a memorandum of understanding to share data between the police department and the school system to understand the arrests being made.

“We do want to make sure that our students are protected, that is, of course, important, but we also have to prioritize the mental health, the wellbeing of our students, and especially the issues of disproportionality with our Black and Brown students. I mean, they are the majority in the school system,” Navarro said. “And so we cannot just turn a blind eye and pretend that this is not a very, very important, and concerning issue this notion of disproportionality in the school to prison pipeline.”

The councilmember said officers would only be called inside the school to respond to certain offenses.

“The officer is still a part of her cluster model, and that's something that's a little bit concerning,” Zakiya Sankara-Jabar, the Co-Founder of Racial Justice NOW! and an MCPS parent, said. “She's trying to balance, you know everybody's concern. I know for me and my family, we don't view having police officers as safety. In fact, we believe that sometimes when officers are involved, we fear that people will actually get more harmed or even die because of the history and because of things that we know are continuing to happen in our world."

Sankara-Jabar said she likes the spirit behind Navarro’s amendment, but can’t yet fully support it without having questions answered. She said as a mother, she has her personal concerns to consider.

“I'm certainly very concerned about him as a Black boy. He is an eighth-grader currently in an MCPS Middle School, and he's going to be heading to high school which we now are filled with SROs who are armed. So, this is very personal for me, and is one of the reasons why we have been calling for police-free schools, since last summer," Sankara-Jabar said.

The Maryland legislature is also discussing several bills that aim to eliminate SROs.

"I'm speaking for the parents and folks that are part of our group, we would preferably like the Police-Free Schools Act because obviously you know we're concerned about people not just in Montgomery County, but we're certainly concerned about our children in Prince George's County, children in Baltimore City and Baltimore County. So we're concerned with children all across the state and so we would prefer the Police-Free Schools Act," Sankara-Jabar said.

Happening on WUSA9 at the 11pm newscast tonight. Hear me talk about my alternative SRO plan that removes SROs from schools and replaces them with cluster team model. Stay tuned!https://t.co/dDDH8geTiP pic.twitter.com/F1hYsfaGRp

Navarro said she believes a cluster model could be the path forward for the county and the state.

“This particular model could serve as a model, I think, for the state and other jurisdictions who are grappling with the notion of how you balance public safety with reducing or eliminating the issue of disproportionality that has for so long affected Black and Brown students,” Navarro said. “It's not about eliminating, terminating and them not having something, it's about evolving this notion of public safety and supports for students in order to respect and address the issues of disproportionality.”

Navarro said the proposed amendment would have clusters set in geographic areas but does not anticipate that to include middle or elementary schools. She added that there’s no set date on when the council will next discuss the future of SROs.