Montgomery County would be the first county in the state of Maryland to end its SRO program if approved, according to councilmember Will Jawando. 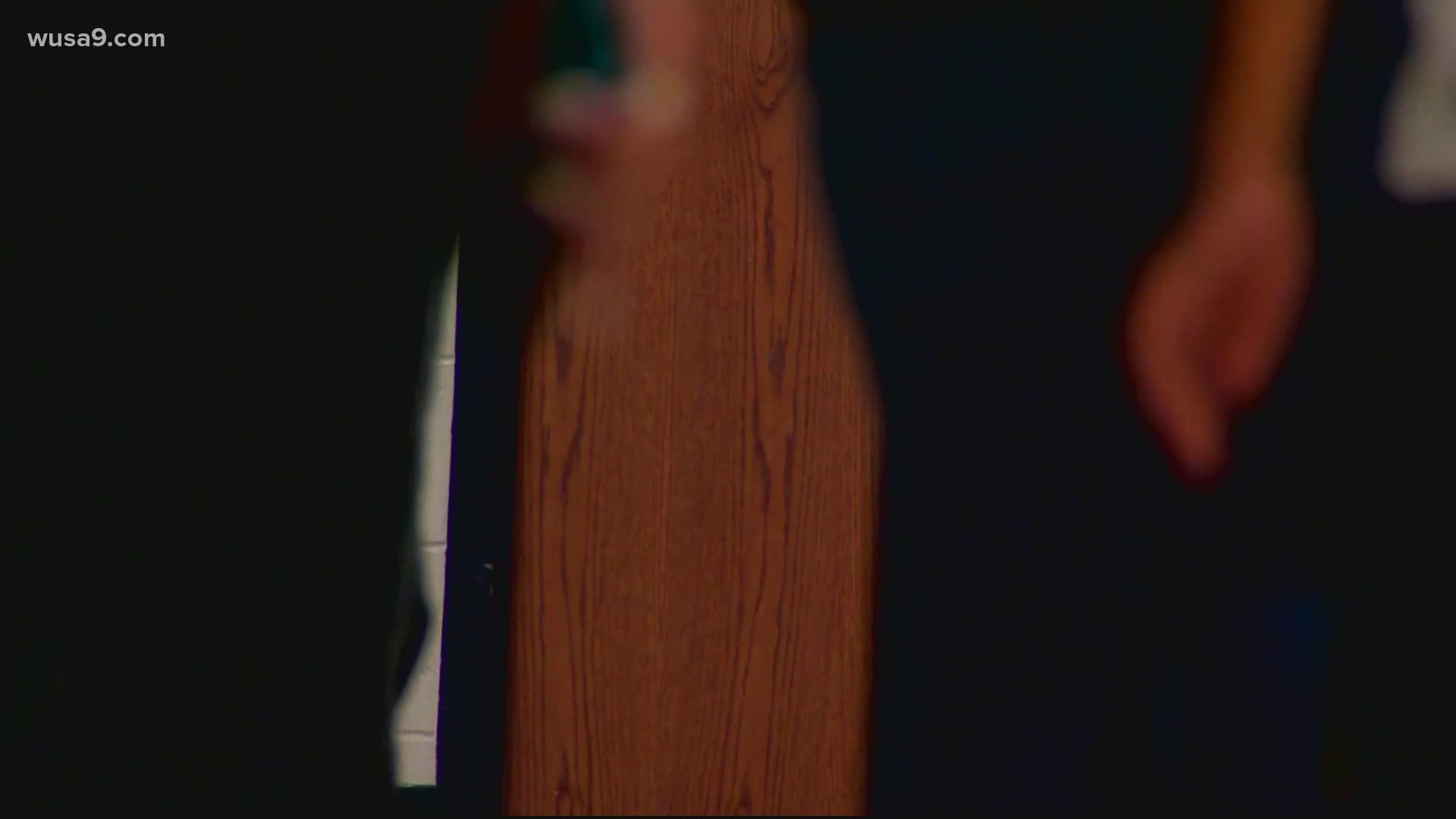 MONTGOMERY COUNTY, Md. — Some Montgomery County councilmembers are exploring the idea of ending the county’s school resource officer program through a proposed bill.

A public hearing to put an end to officers in Montgomery County Public School hallways was held Thursday evening.

Montgomery County would be the first county in the state of Maryland to end its SRO program if approved, according to councilmember Will Jawando.

Jawando, who is a bill co-sponsor, said the bill aims to end the school to prison pipeline and invest in student supports.

“A big part of the harm is disproportionality in arrests and having police officers in the building leads to arrests when you don't have to. When you look at what happens down the line, you hear the term school to prison pipeline, a student gets arrested, particularly a student of color. We know half the students arrested are Black students, despite their population,” Jawando said. “We also know that students, for example just like the general public, Black students aren't more likely to use marijuana than white students, but they're getting arrested more for it. So that's part of the problem.”

Jawando said the county should instead invest in student supports that are proven through research to support the needs of students and reduce the need for discipline, suspension, expulsion, and arrests.

While Jawando said we do need police, and they do need to be paid well, he stated they don’t need to be focused on having a daily presence in schools.

On average over the last four years, 50% of students arrested in Montgomery County Public Schools by School Resource Officers were Black, even though Black students represent just under 20% of the student population, according to Jawando.

“50 plus percent of juveniles arrested in the county outside of school are also Black even though they only represent 19% of the population,” Jawando said. “And so you have the same disproportionality happening, but the difference is it's happening in a school which is supposed to be a safe, supportive, loving place. We don't want it happening anywhere. And we know there are better tools that can be used.”

“In 2018 and 2019, 163 students were arrested in Montgomery County on campus, of that 42 were by SRO’s, so 25% were from SRO’s. This means the other ones were from school administrators calling the police to come to campus to make arrests. So is it the police making the arrest by race, it’s not. It's the school administrators are calling based upon that,” Holland said.

Holland said schools shouldn’t be replacing SRO’s for counselors, but rather be a combined effort with both. He also said there are ways to improve the program such as having officers dress in a softer uniform, have officers teach classes on policing, and reintroduce the DARE program.

“First is the safety aspect, of course, no one can forget what's happened in schools throughout the country with mass shootings, and in this county, we've had two notable gun arrests at school,” Holland said. “Secondly is the relationship building that SRO’s do with students and gaining trust in students. And that is shown in the 2018 incident of the high school in Clarksburg. That officer was told by a student with who he built a relationship with that a kid brought a gun to school.”

Despite opposition from the police union and some principals, Jawando said the student government association, the PTA, and more than half of the county's teacher’s union are in support of ending the SRO program.

Ahead of Thursday’s public hearing, a former Blake High student sent testimony to the council that reads in part, “Even when there was no disturbance, there was a “law & order” atmosphere. I was a half-day student my senior year & often when I would leave school property, I would be questioned by an officer on duty at the school, hardly ever was it a teacher or counselor. That set the tone to let me know, that we were feared as children, when we really needed to be nurtured.”

Jawando said the county’s 23 school resource officers would not lose their jobs but would be reassigned.

No final decision will be made at Thursday’s public hearing, Jawando said it should be brought back up for discussion this spring.

You can watch the public hearing HERE.