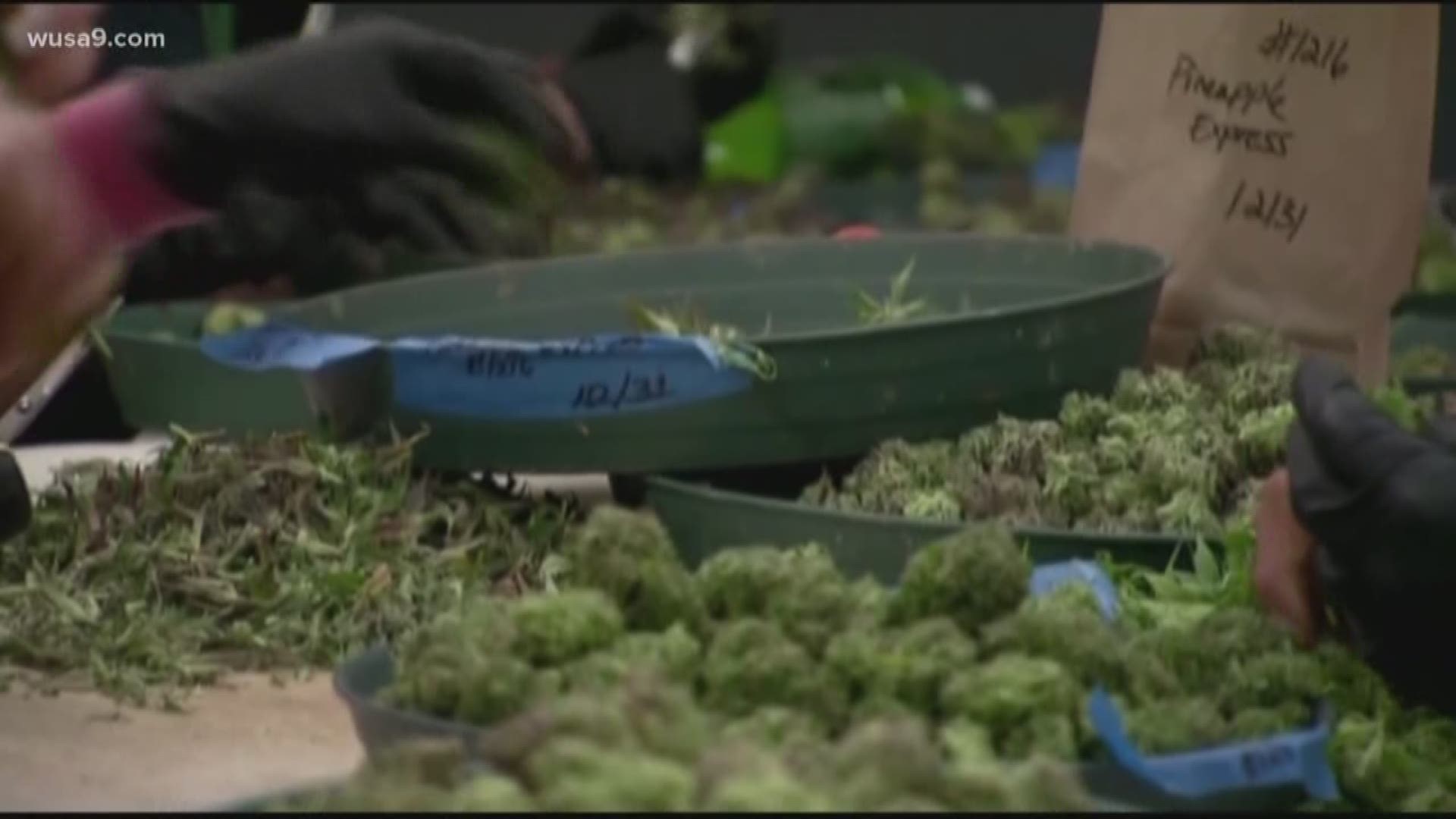 ANNAPOLIS, Md. — Business owners waited to hear their fate at an Annapolis state office Thursday afternoon, whether the Maryland Medical Cannabis Commission would pick them for a rare license to grow and process the lucrative crop.

But more than a dozen licenses were set aside for minority-owned business in the selection round. But in a surprise announcement, the commission punted.

"As they used to say in the old days, something in the milk ain't clean," Angela Chester-Johnson, owner of proposed Howard County cannabis farm Viridus, said.

But when Chester-Johnson and other minority business owners got letters these past days from the state announcing their operations were not picked, they grew suspicious at the selection process and contacted the Maryland House Black Caucus.

RELATED: VERIFY: No, President Trump did not sign an executive order legalizing marijuana for private use

There were 200 applicants, but only 14 winners were to be selected. The Commission isn't saying who it picked, keeping that list confidential for now.

Among the most powerful voices, Delegate Cheryl Glenn. After all, the Natalie LaPrade Maryland Medical Cannabis Commission is named after her mother.

"Maryland State residency meant something," Glenn said. "House Bill 2 was not for the purposes of expanding the footprint to hedge fund companies out of Maryland."

"There are more than enough people of color, who are qualified to have stepped into those licenses that were allegedly set aside for us," Chester-Johnson said.

There wasn't announcement when the commission would make its decision pending an investigation into the process.

Additionally, new emergency legislation paves the way for D.C. students to use prescribed medical marijuana in their schools.

"Medical marijuana, in a non-smokable form, may be administered to a qualifying patient who is enrolled in school, at the school of enrollment, if a school has a policy in place for allowing administration of medication at school."

Prior to the bill's passage, medical marijuana could only be taken in a residence or medical treatment facility in the District of Columbia.

In March, Maryland law allowed for a business entity or person to own only one dispensary in the state. However, a legislative loophole allows third-party businesses to operate as many dispensaries as they want to, on the behalf of a dispensary licensee, through management agreements.

State Senator Chris West, R-Baltimore County, put forth a proposal earlier this year that could potentially discourage such agreements by offering entrepreneurs another way to conduct their business. West's bill, SB0426, would make it legal for a person to own up to five dispensaries in the state of Maryland, instead of only one. West told the Maryland Senate Judiciary Proceeding Committee in late February that his proposal would be more cost effective for business owners and customers alike.