7 pedestrians hit by cars in Montgomery County in 2 nights

A cyclist was also struck in a hit-and-run in D.C., and a pedestrian hit in Prince William County has serious injuries. 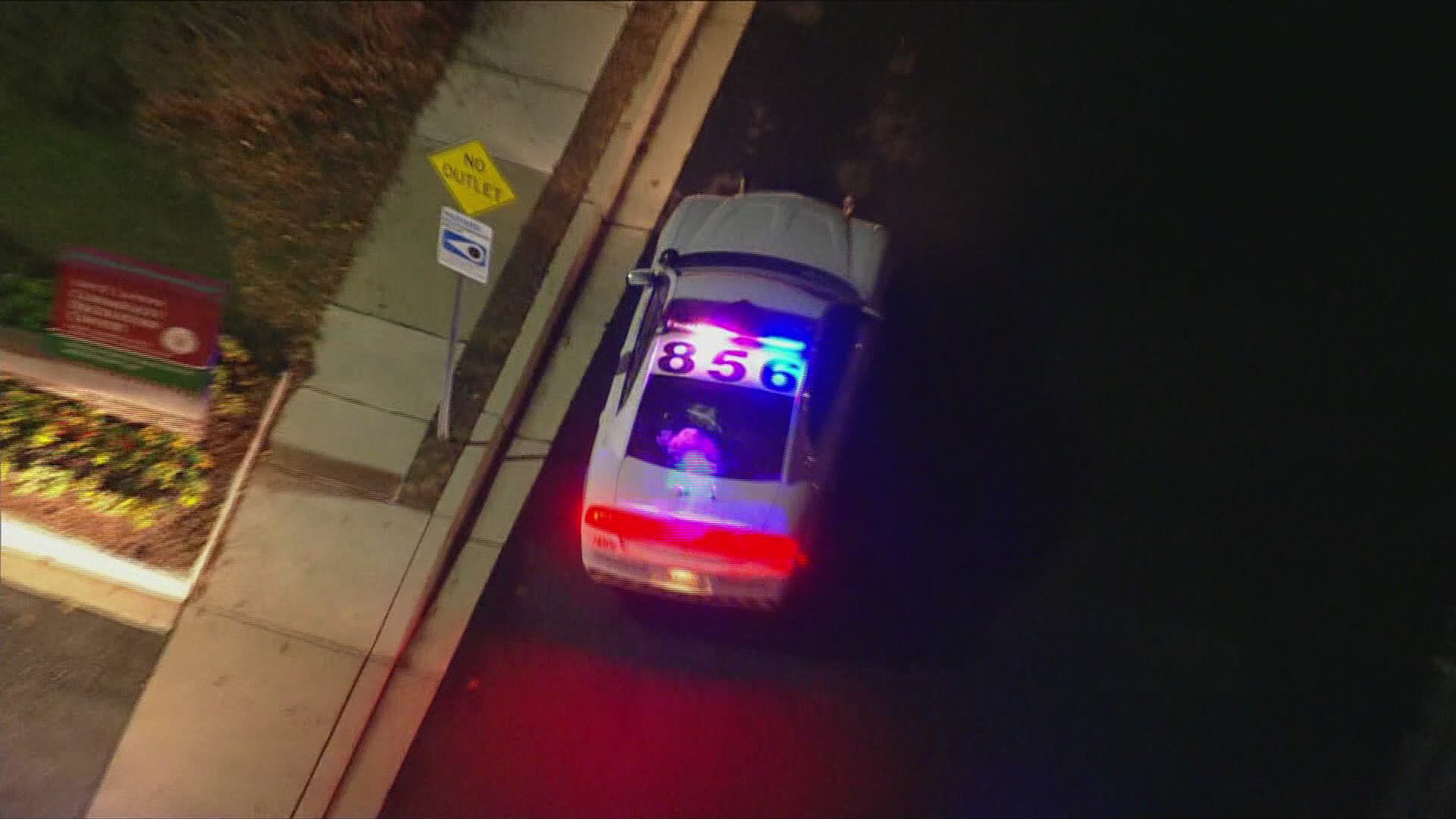 MONTGOMERY COUNTY, Md. — It has been a rough few nights on the roads in the DMV, with eight pedestrians and a cyclist involved in accidents across the region in less than 48 hours.

Beginning around 5:15 p.m. Montgomery County police said a pedestrian was hit at the intersection of Massachusetts Avenue and Osceola Road in Bethesda, but the pedestrian suffered only minor injuries and was not taken to a hospital.

Less than 30 minutes later, a toddler was struck at 4300 Willow Lane, near the Jane E. Lawton Community Center in Chevy Chase. The child was taken to the hospital with serious injuries, according to the police.

Shortly after, an adult was hit by a car at the intersection of Towne Road and Rose Avenue near Pinstripes Bowling in North Bethesda. Police said the pedestrian was taken to the hospital with traumatic injuries.

Finally, around 8:40 p.m., a man was hit in the 2100 block of Rockville Pike near a TGI Fridays restaurant. He was taken to an area hospital with life-threatening injuries, and later died at the hospital. The victim has been identified as 40-year-old Michael Louis Gamboa, of Gaithersburg.  The driver of the striking vehicle, Adam Moche Aseraph, remained at the scene.

A cyclist was hit in D.C. in the 200 block of H Street Northeast. It was a hit-and-run accident, but the cyclist was OK. D.C. police are asking the public to look out for a white van.

In Prince William County, around 6 p.m., a man was hit on Route 1 at Quantico Gateway Drive, and taken to the hospital with serious injuries.

In November, the District's Department of Transportation adjusted the timing of hundreds of pedestrian signals across D.C. in order to "prioritize pedestrian safety."

"We want people to feel safe and we want to ensure that people are safer when they cross the street," DDOT Director Jeff Marootian said.

The National Association of City Transportation officials said that cuts down on pedestrian crashes by 60 percent.

RELATED: 6-year-old boy killed after being hit by car in a crosswalk in Columbia, Md