Cold weather brings these hopping invaders inside houses, scaring their hosts, despite being harmless. 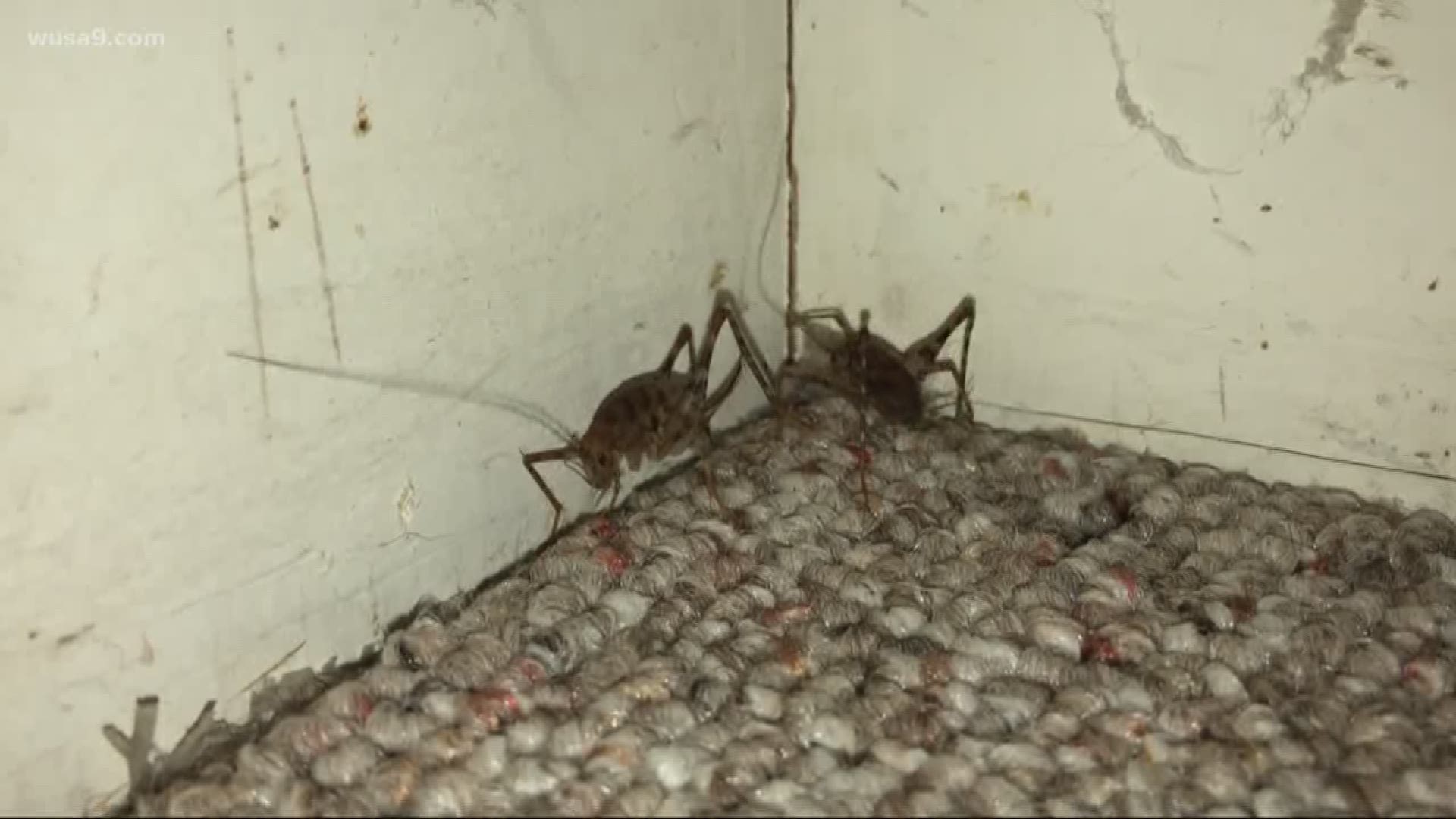 WASHINGTON — They look like scary spiders, live in the dark and can jump more than a foot with each hop.

Plus, they scare the heck out of people who are squeamish about bugs.

"They're a menace to society, A menace," complained Stephanie Appiah who was visiting friends in Maryland from her home in Detroit.

"I was definitely grossed out," Appiah said.

The bugs are commonly called Cave Crickets, Spider Crickets or Camel Crickets, but they are all the same animal, according to Dr. Michael Raupp, a entomologist at the University of Maryland affectionately known the region as "The Bug Guy."

Despite their spidery appearance, their knack for showing up even in the most well-kept homes and scaring people with unpredictable leaps, they're completely harmless, Raupp says.

"These really aren't going to harm people, Raupp said. "They don't bite you, they don't bite your pets. They're not really going to cause any particular damage. They're probably just scavenging organic material they find in your basement."

The crickets are more noticeable in the fall and early winter, according to Raupp. They enter homes for the warmth and stay active, while the crickets who remain outdoors hunker down in wood piles and other debris for the winter.

"They basically have been coming in for the past several weeks or months, because it's still warm inside your home," Raupp said. "This has nothing to do with the cleanliness of a home. This is simply an organism that lives outside taking the opportunity to get in."

True to their name, the Cave Crickets like basements. They particularly thrive where there is moisture, darkness and organic matter to feed on.

Raupp says the most common variety found in the DMV are actually invaders from Asia, which have overtaken the native variety of Cave Crickets during the last century.

Since the crickets are harmless, Raupp does not recommend using toxic pesticides.

He suggests so-called "sticky traps" placed in basement corners as the most effective way to capture the bugs for disposal.

Raupp also recommends improving door sweeps and weather stripping, as well as sealing any gaps or cracks leading to the outdoors to keep crickets out.

"You'll probably save some on your energy bill too," Raupp said.

RELATED: VERIFY: No, there's not a new 'killer bug' going around spreading a deadly virus