VERIFY: No, there's not a new 'killer bug' going around spreading a deadly virus

The Verify team got answers after a viewer wanted to know if a viral post is true, that warns of a new killer insect that's spreading a virus to the human body. 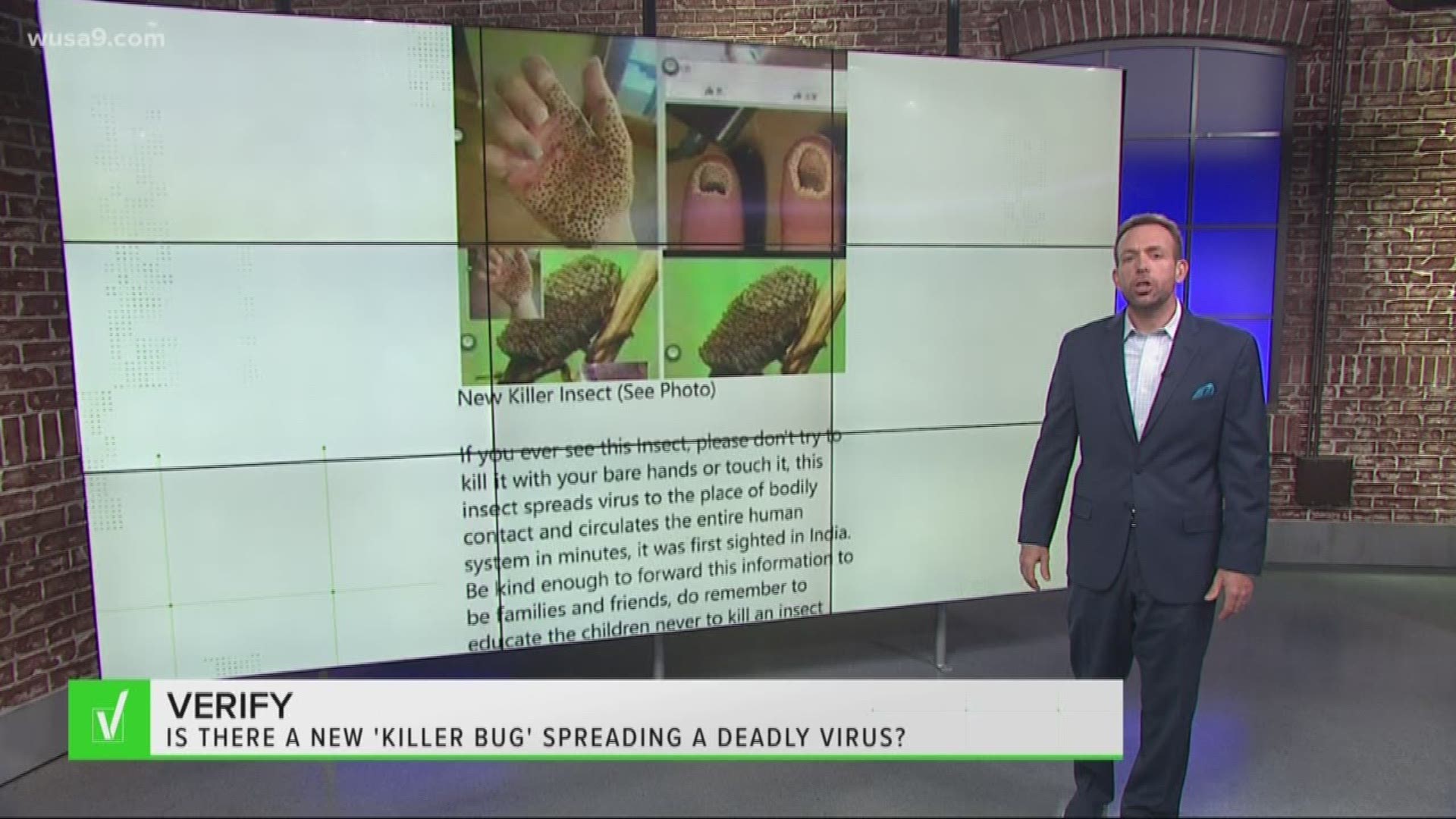 Is there a new ‘killer insect’ to look out for that’s spreading a deadly virus?

Megan Fritz: Medical entomologist at the University of Maryland

A viewer asked the WUSA9 Verify team to check out this post… It shows some creepy graphic images and warns to beware of a new supposed killer insect that spreads a virus to the human body.

So, is this killer insect is legit?

Our team of researchers did some online sleuthing on this pic. Turns out, this image of the disfigured hand has been circulating online for years and can be seen here in a special effect make up tutorial video, so it's not a photo of an actual virus.

A medical entomologist from the University of Maryland, Megan Fritz, told Verify researchers, she’s unaware of any pathogens transmitted by this insect in the post.

Fritz also said she’s looked at hundreds of images of skin conditions caused by insects and has never seen anything like what’s shown in the photos...concluding these are not images of bona fide insect-borne disease.

As for the killer insect claim we reached out to a University of Maryland entomology professor who says the insect in the photo is a giant water bug. And in some species, the female glues her eggs on the back of the male, which is what we see in the lower images of the post.

The bugs are native to North and South America, and they’re usually found near ponds and lakes.

So, we can verify false, this viral rumor of a new killer instinct spreading a virus to human skin is not true.