"All parents should prioritize the safety of their children and do everything in their power to keep their children properly restrained in a vehicle." 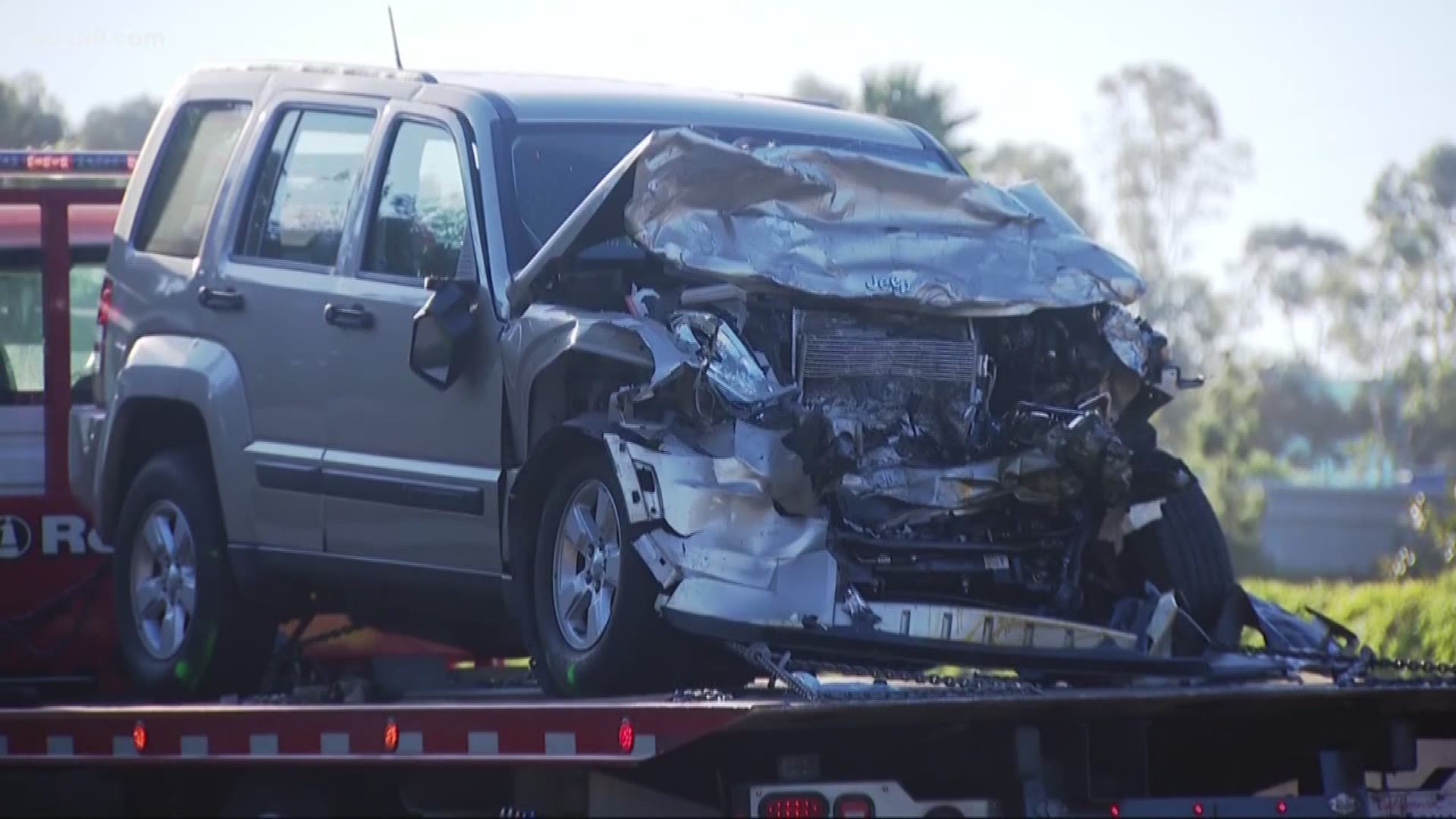 WUSA9's Whitney Wild shares her first-hand experience with how drivers reacted to her calling for a ride share without a car seat.

In October, my family and I went to Brooklyn, New York, to visit family. My husband and his brother spent the afternoon at a Giants game, so I hit the streets to entertain myself looking at the oft-Instagrammed streets of Brooklyn. I strapped the toddler in her stroller and we took off.

I did not realize how big Brooklyn is. This seems like a good time to mention that I was seven months pregnant, pushing a 30-pound toddler in her stroller during an unexpected heat wave that hit the East Coast.

Surely, I walked 25 miles. My iPhone told me my trip spanned around five miles, but I’m still not convinced. I was exhausted. The weather, the walk, and Brooklyn had bested me.

RELATED: New rules of the road for ridesharing companies

I called my husband to complain and wondered aloud if I should just call an Uber. I didn't. My fingers stalled over the Uber logo on my phone because I was afraid. Without a car seat, I was terrified about what could happen.

The Insurance Institute for Highway Safety, a non-profit, shared video with WUSA9 that shows what could have happened had I put my exhaustion ahead of my better judgment.

A dummy the size of a small child sits in the back seat of a minivan. Then, propelled by the speed of the car, the dummy smashes head-first into the windshield as the minivan slams into a wall.

That video is my nightmare.

The real-life examples are more horrifying.

CBS News acquired dash cam video showing a toddler-sized child in the back seat of a taxi, flanked by a man and a woman on either side.

When the taxi crashes, the man is thrust forward, thrown backward then jostled uncontrollably on top of the toddler. It’s stomach-turning to watch.

Just last week, a head-on collision in Southern California left a 10-month-old with life threatening injuries, after he wasn't strapped into a car seat, according to TEGNA-owned television station KFMB.

With the vast amount of education about car seat and seat belt safety from federal, state and local officials, not to mention virtually every pediatrician in America, it’s difficult to understand why anyone would knowingly risk a child’s life by failing to buckle up.

Here are some facts to remember: Car seats reduce the risk of fatality by 71 percent for infants, and by 54 percent for toddlers.

Yet, the National Highway Traffic Safety Administration (NHTSA) says car crashes are the leading cause of death for children ages one to 13.

“It's a very big mistake,” said Justin Owens, a researcher at Virginia Tech’s Transportation Institute. “All parents should prioritize the safety of their children and do everything in their power to keep their children properly restrained in a vehicle.”

Owens and his colleagues recently conducted a study that shows parents might be trading safety for convenience by using ride-share vehicles without a car seat.

“We found at least a third of the parents that we talked to had taken their children in ride-share vehicle before, and about half of those reported at some point not using proper child seats,” Owens said.

Those laws apply to ride-share vehicles as well.

In select cities, including DC, Uber offers a car seat option for children who are a minimum of 1-year-old, 31 inches and 22 pounds.

Lyft offers a similar program, but only in New York City.

Both apps prompt riders to select the type of ride they'd like to take. For example UberX or Uber Black. To find vehicles offering a car seat, riders must scroll through the options presented in the bottom half of the screen. 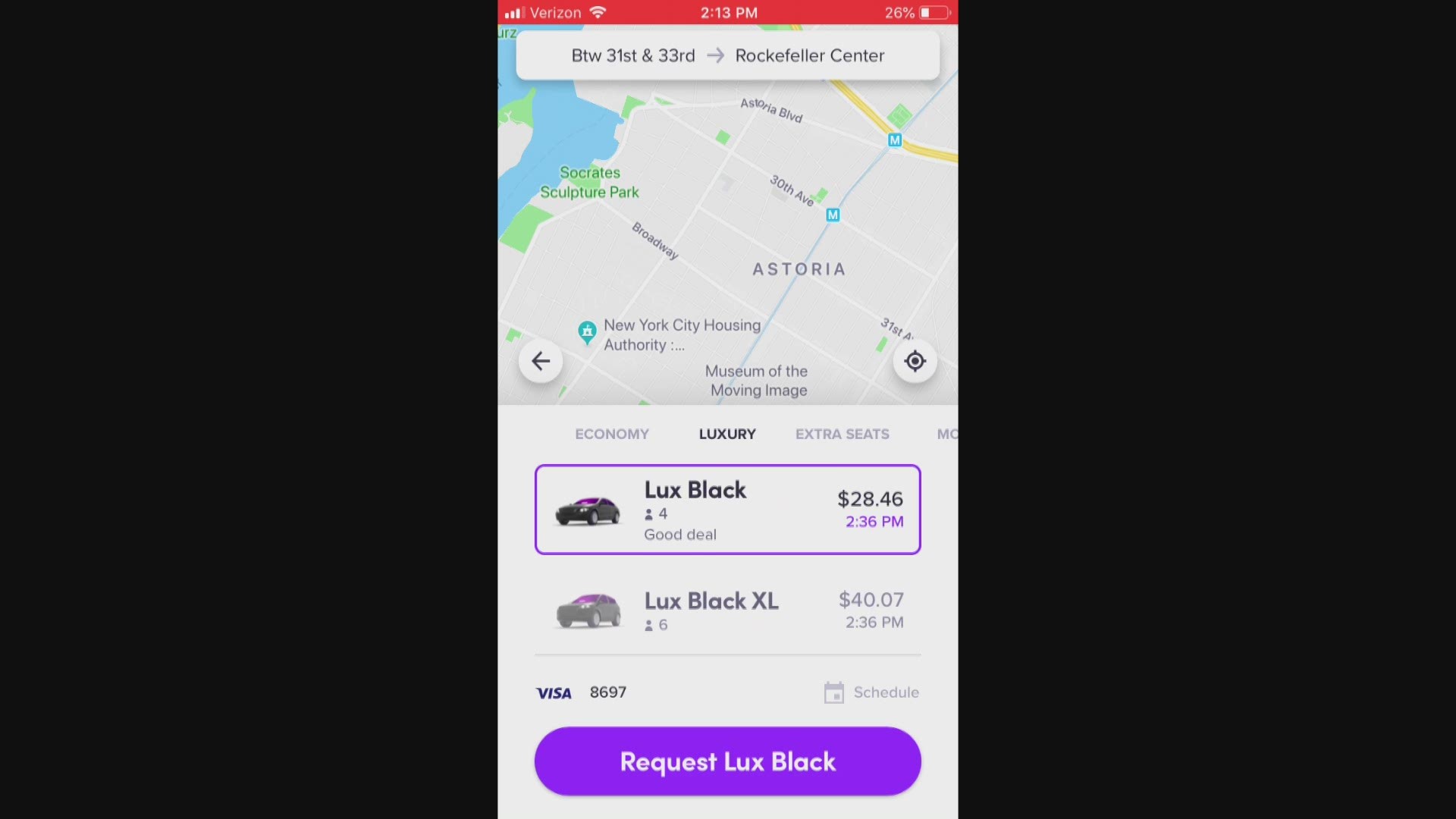 We wanted to know how ride-share drivers would react if I called a vehicle without a car seat, and asked to take a ride with my toddler.

On a rainy November day, we brought my 2-year-old daughter to WUSA9. With her inside, we asked six Uber and Lyft drivers to come to our TV station in Northwest, DC.

DC officials told WUSA9 ride-share drivers are not exempt from requiring parents to use a car seat in the back. 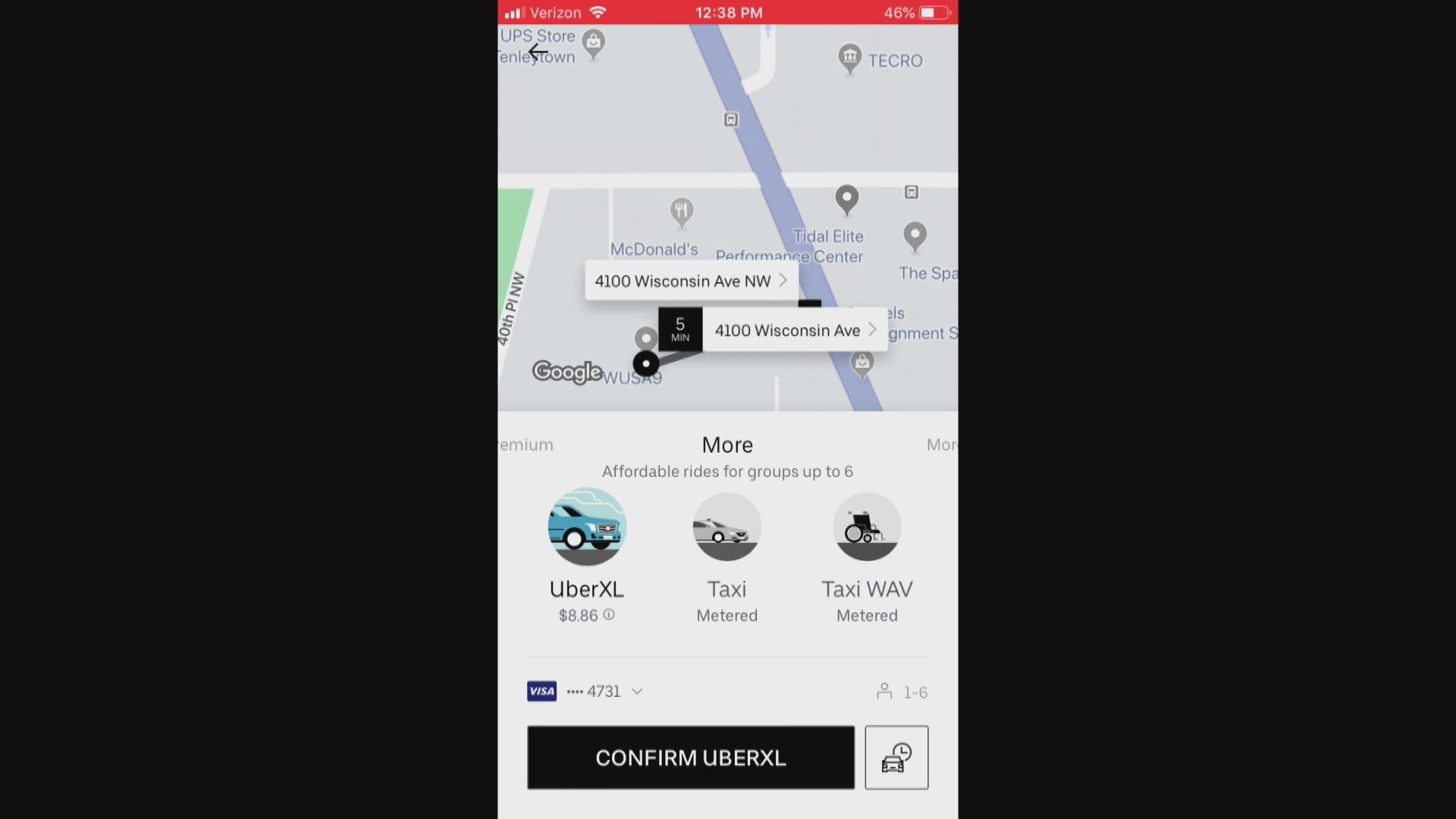 Each driver should have said "no" right away.

Two told us yes. Two wanted to know how far we were going. Two told us no. One driver explained why.

“I have to follow the rules,” said the driver, who declined to give his first and last name. “You don't know. Life is uncertain, if there's [sic] something happens you have to protect yourself. You have to respect the law and the protect the human life.”

Uber tells its drivers to follow all local and state laws for car seat use. Lyft's policy specifically said drivers are not to transport kids in the car without a car seat.

When we shared our findings, both companies said their drivers could have refused us if they felt uncomfortable. Neither company directly addressed the drivers who agreed to the trip.

Here's one possible reason we got so many different answers: The laws aren’t always easy to understand.

In DC, taxi drivers are exempt from child passenger safety laws, but the law views ride-shares as private vehicles.

Owens said ride-share drivers and riders in lots of states might mistakenly think no car seat is required in a ride-share, when in fact, they are.

He said the responsibility falls on lawmakers to clarify the rules.

“I think it's very important for legislatures and regulatory bodies to begin to clarify what the statutes are regarding when child seats are required,” Owens said.