Inspectors are warning homeowners of potential dangers after a home deck collapse in Germantown sent six people to the hospital. 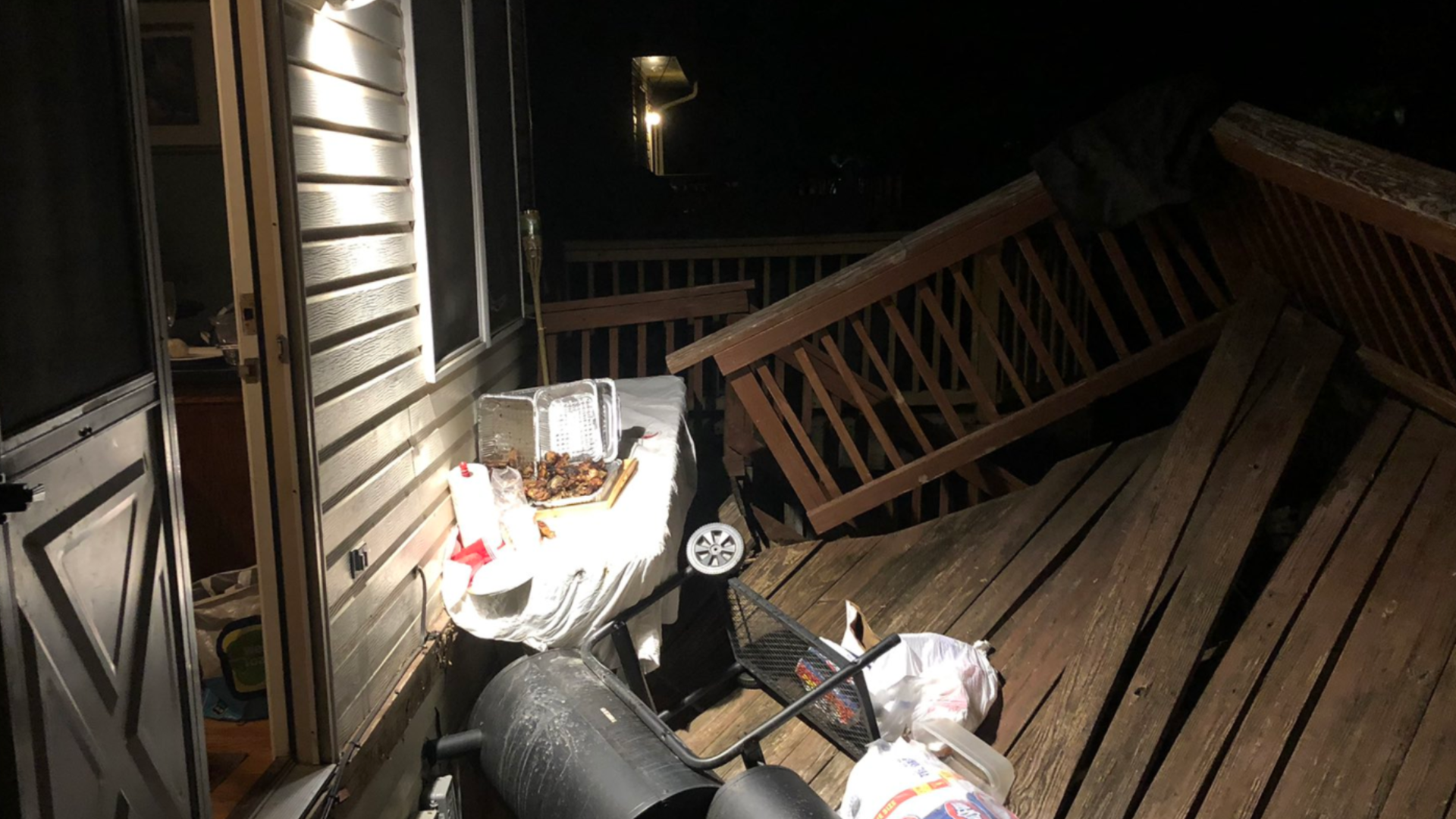 GERMANTOWN, Md. — After a weekend cookout in Germantown ended in chaos and hospital visits for several of the partygoers following a deck collapse, Montgomery County’s Department of Permitting Services inspection team has some advice for homeowners.

First, determine if your deck is attached to a cantilevered floor.

Under modern building standards, Shupp said that's not considered as stable as it should be.

"You want to look for dark stains, which would be indicative of water finding a route to the van board inside the home," Shupp said when asked what homeowners should look for when inspecting their own decks. "This could happen because of improperly installed flashing and even the ledger bolts can allow water to get inside the house van board."

Montgomery County code doesn’t have rules about how many people are allowed onto a deck. However, codes have recently changed.

"In July of 2019 is when we actually made the code more stringent as far as ledgering the house deck to the house," Shupp said. "We no longer allowed just simply lag screws, so you can’t just take a screw and screw it into the house. We actually require through bolts."

The deck that collapsed in Germantown Sunday night was 33 years old, according to a county inspector. Montgomery County is considering extending its free inspection program in light of that deck collapse.

Typical private deck inspections can run from $200 to $300 according to the county. You can start on your own with this safety checklist and these building plans.

See @MontgomeryCoMD Department of Permitting Services video RE residential deck safety https://t.co/dXFHECjgvu included a few things to look for to keep your deck safe & sound for the summer season & beyond https://t.co/ffrb2ziEsH pic.twitter.com/OBNlPNATdT