Go-Go Awareness Week is almost over, but go-go culture is here to stay

It's the end of a week dedicated to celebrating DC music and culture, while raising awareness about the importance of it. 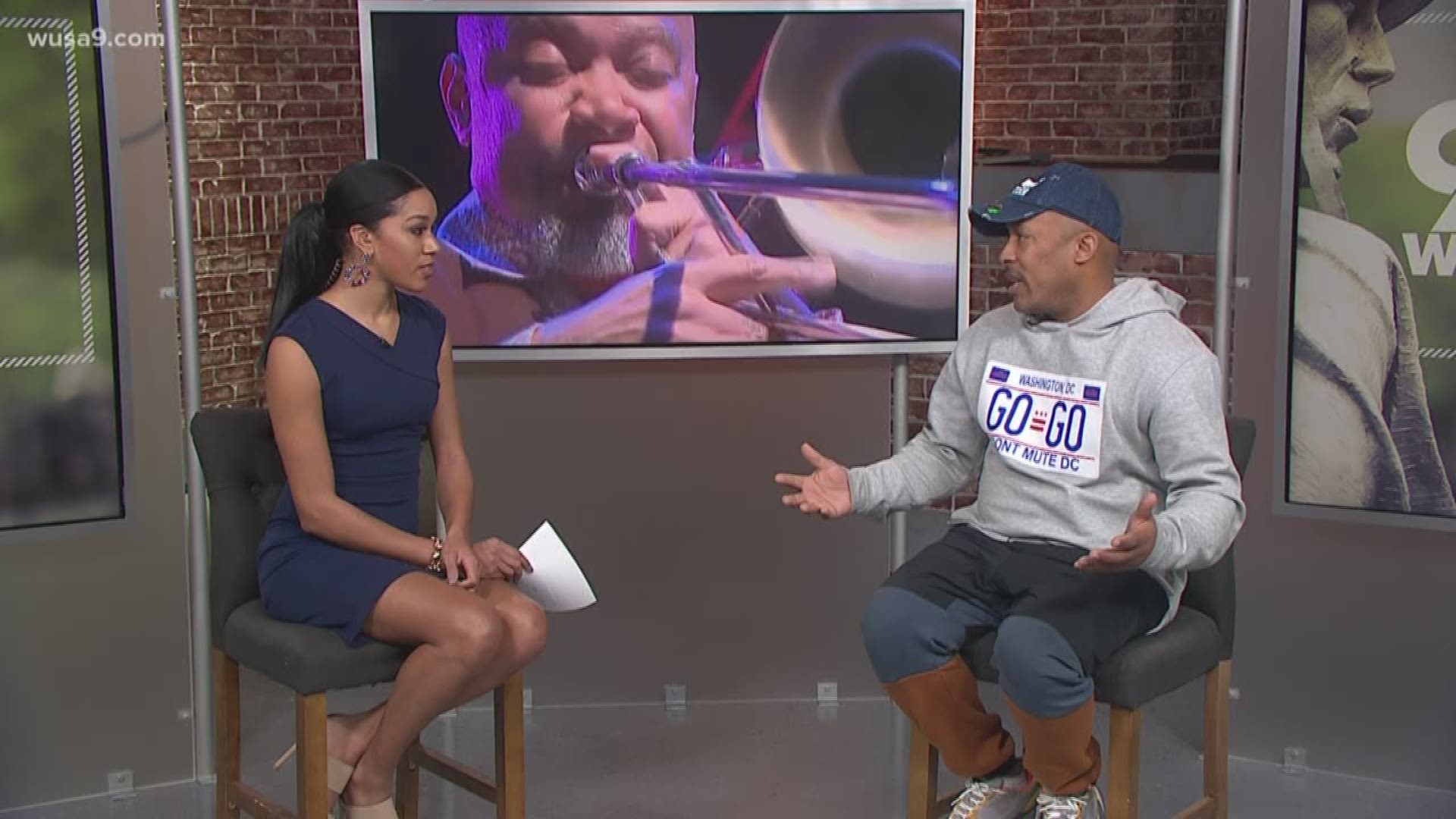 WASHINGTON — Go-Go Awareness Week may be coming to an end, but one of the leading voices behind the Don't Mute D.C. movement said efforts to preserve the heart and soul of D.C. culture isn't over.

It was an important week for people like Community Activist Ron Moten, who wants people to understand the importance of sustaining DC's music and culture.

"It's very important to be able to express the history about our music and culture and to also talk about preserving and elevating it to another level," Moten said.

"Elevating our music and culture and putting it out there so people can understand it and embrace it is what this is all about," he said.

D.C. Mayor Muriel Bowser declared Nov. 17 to 23 as Go-Go Awareness Week, which would be a 'celebration of Washington DC's indigenous music,' according to the proclamation.

The blend of funk, rhythm and blues and old school hip-hop was first introduced in the 1970s by the late guitarist and D.C. native Chuck Brown. Brown is known as "The Godfather of Go-Go."

The weeks featured several events, including a Don't Mute DC Call to Action Conference, the return of the Go-Go Music Awards and a series of workshops and forums.

Moten organized the Go-Go awards after its 10-year hiatus. He said the program needed funding. In the past, the event has been held at the Lincoln Theatre and the Convention Center. With the help of sponsors, it was held inside Ballou High School's newly renovated theater.

"It was very expensive," Moten saidabout planning the event in the past. "This year we were able to get some sponsors to help offset the costs and we really appreciate them because we can't pay for it."

Moten said Ballou was the perfect place to honor go-go musicians this year because it's symbolic. The ceremony had special tributes to Go-Go Legends with ties to the school and its marching band like: Sugar Bear, the Junkyard Band and original Rare Essence members.

Don't Mute D.C. became a movement in the spring when a resident at an luxury apartment complex, near Metro PCS at Seventh St. and Florida Avenue, complained about the store's loud go-go music. When the owner turned it off, upset locals pushed to have the music cut back on. A petition and protest followed. Ultimately, the battle was won but conversations about D.C. culture and protecting it grew.

Go-go Awareness Week wraps up Sunday with an event at Eaton Hotel where Backyard Band is performing.

"We're going to be working with the Kennedy Center to elevate our music and talk about these issues," Moten said. "Most importantly, we're educating people and getting them activated ... It's more than a block party."