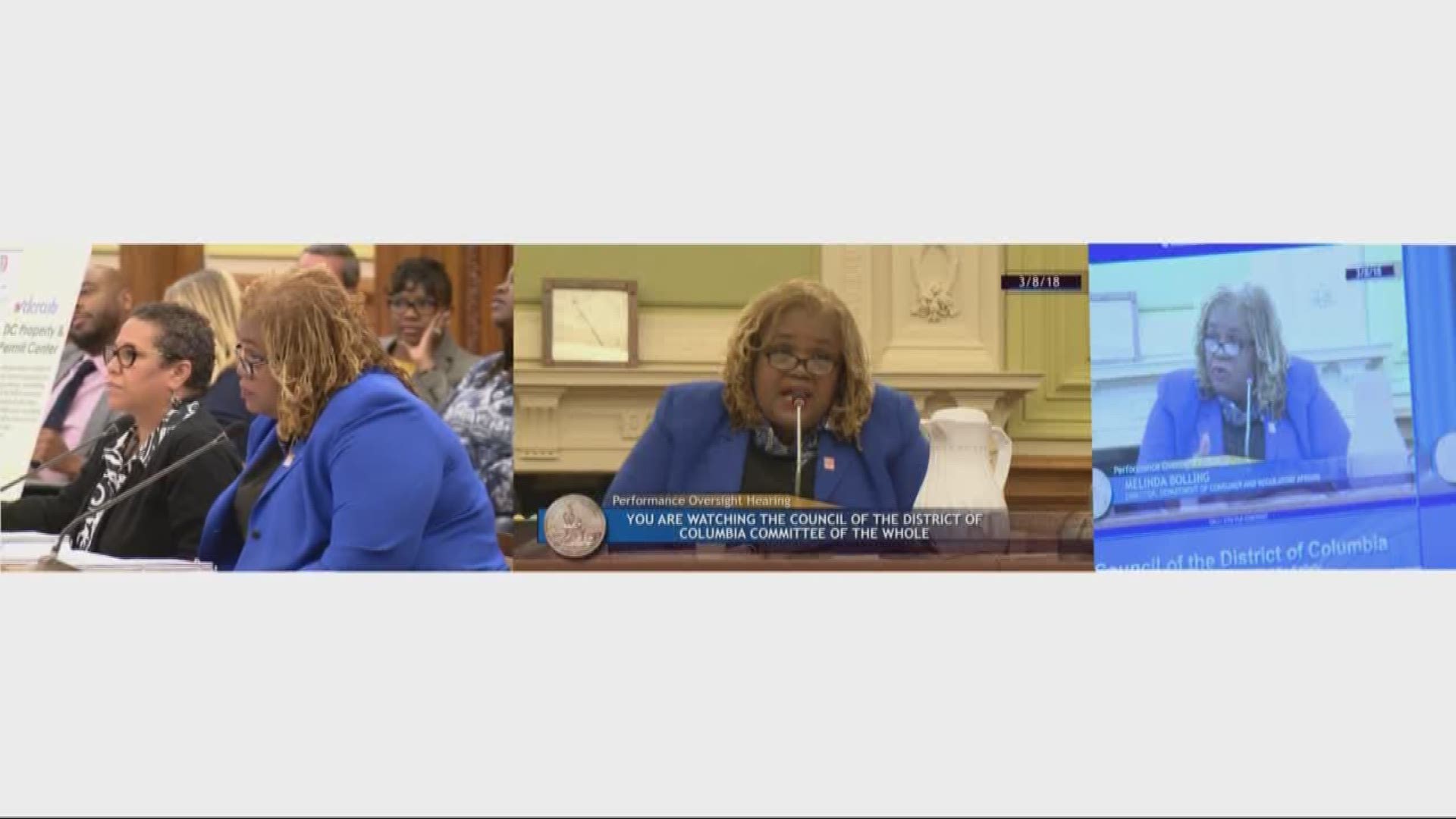 WASHINGTON, DC -- The D.C. Department of Consumer and Regulatory Affairs, DCRA, is an agency in turmoil. Four top leaders are out and many of them are named in an employment discrimination lawsuit, including the agency's ex-director, Melinda Bolling.

Bolling is now the head of the Department of Permits, Inspections and Enforcement for Prince George's County, Md. That department is currently under FBI investigation for approving faulty electrical work that severely injured a little girl at MGM National Harbor last summer.

City council members even grilled Bolling for her mismanagement o the department.

"The day I saw the report I said 'great, that's something that someone is bringing to light because these are issues I saw myself dealing with DCRA,'" said Scott Williams.

He signed a lease on a Northeast, D.C. storefront back in September. He had high hopes to get his business off the ground. But, Williams said because of DCRA, he's not only out of business but out of his life savings.

Williams even had a soft opening for his new business, District CBD, an alternative wellness center and art gallery.

He transformed the old beauty salon with some elbow grease and a coat of pant so he thought getting a permit to open would be simple enough. But, think again.

"They're asking for a slew of different things, this electrical outlet needs to be this place and exactly these dimensions," he said.

After months of visiting DCRA, Williams said that he never got a straight answer. And, they kept asking for architectural documents tha should have already been in the system sine he didn't make any structural changes.

"I really don't know if there was a prejudice towards us or if their inherent process is broken," said Williams.

And now he's broke, $30,000 invested in the business that he says got derailed by DCRA.

We reached out to county executive-elect Alsobrooks about the appointment of Melinda Bolling. Her spokesperson said in the following statement:

“Like all of the appointments we announced today, Melinda came to us as part of a national search conducted by a highly regarded talent acquisition agency. She was then vetted by our team and in all of our conversations with her, we found her to be a person of integrity with strong ethical standards. We have also spoken with several people in the District of Columbia to include council members, business leaders and members of the community and not one person had a negative thing to say about Melinda or her work. Like all of our appointees, she is someone with a proven track record in the area for which she was selected. She is a strong leader who holds people accountable and gets the job done. We are confident in her ability to efficiently and effectively serve the citizens of Prince George’s County.”

And, the spokesperson added that "we are aware of the lawsuit."