Head of troubled DC agency out after WUSA9 investigation

A major shake-up in a DC agency that WUSA9 has been investigating for more than a year. Melinda Bolling, the Director of the Department of Consumer and Regulatory Affairs is out. 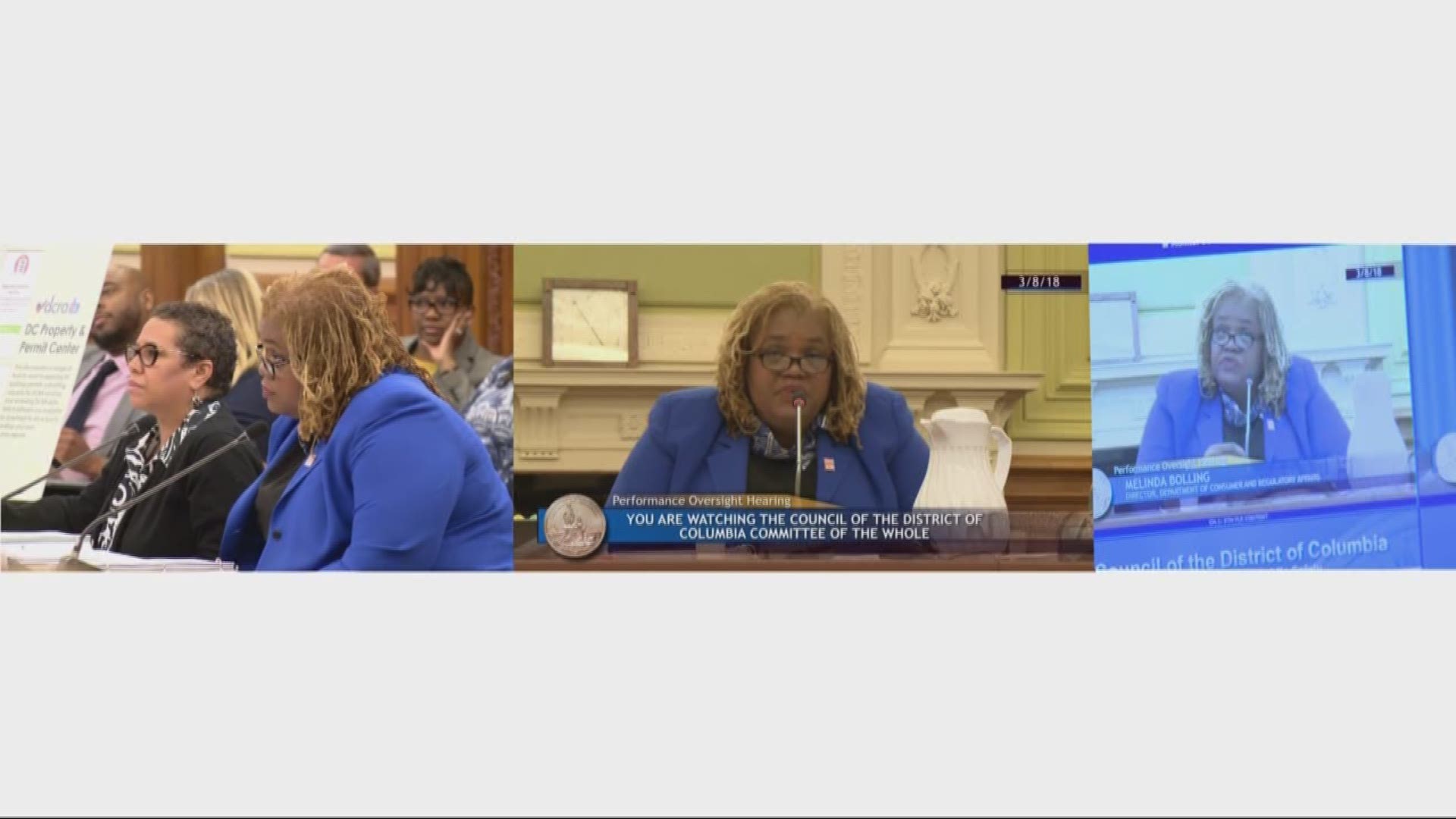 WASHINGTON -- A major shake-up in a DC agency that WUSA9 has been investigating for more than a year.

Melinda Bolling, the Director of the Department of Consumer and Regulatory Affairs, is out. She was brought in to save the troubled department, but WUSA9 has exposed widespread failures that put your safety at risk.

Bolling never responded to three months of requests (since last January) for a formal interview, but showed up to the DC City Council last Spring because she had to; WUSA9 wasn't the only ones chasing her down for answers. So was Council Chairman Phil Mendelson who grilled Bolling in an hours long hearing.

RELATED: 'I pray every time I get on this thing:' DC woman says wheelchair lift was unregistered for 12 years

That’s where we met Glenn McFadden, who called DCRA for help with his landlord but feels like they let him down.

“My beef is with DCRA, right. I called them for help,” exclaimed McFadden.

McFadden said his landlord was trying to kick him out of his Trinidad apartment, so she could redevelop.

The landlord told us, “I’m not authorized to speak to anyone.”

“The landlord was creating the housing code violations to make the unit uninhabitable,” explained Chairman Mendelson. “Rather than DCRA stepping in and fixing the problem, DCRA moved in and ordered the tenant to leave.”

McFadden’s is not the only one complaining.

“I was screaming, I said 'help me,'” added Walter Mendez.

Articia Morton and Walter Mendez live in different parts of town, but both had elevators in their apartment buildings with countless safety violations.

Joe Gersen of Northwest, DC showed us cracks in his home from illegal construction next door.

“I pray every time I get on this thing,” she said.

So that brings us back to the top. Melinda Bolling was brought on as director about three years ago to fix DCRA, but residents and city council members say it’s only gotten worse.

“Do we have missteps, absolutely,” said Bolling in the March interview outside city council chambers. “But we’re working to fix every single one of them.”

“I fully intend to not let up, in regard to oversight, to continue to press and in that way to try to get the agency more responsive,” said Chairman Mendelson.

It’s not people outside the agency who have problems with DCRA.

Agency insiders said the department is so poorly managed that they fear for public safety.

Chairman Mendelson still wants to break up DCRA into two separate departments, but told us “this change in leadership will hopefully provide an opportunity for the department to get ahead of its problems.”