Many attended the 2nd annual Missing in Washington, DC Day on Saturday. 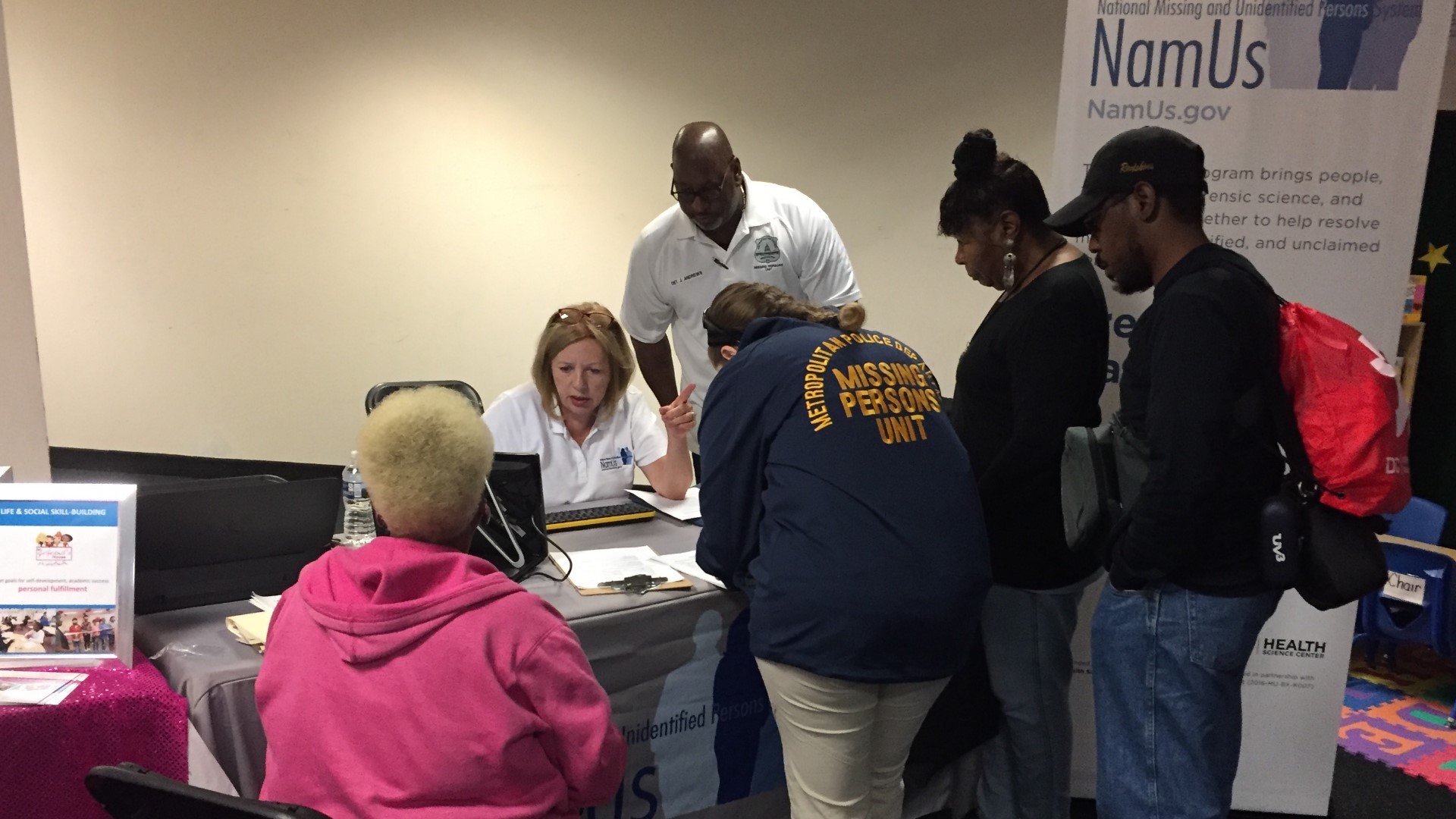 The Youth and Family Services Division, which includes the Missing Persons Unit, put together the event to give families of loved ones who are missing the chance to come together, meet with detectives and learn about new technology that is offered to investigators.

“We give them the opportunity to meet with a detective, to go over their case with a fine-tooth comb,” said Commander Ramey Kyle who heads the Youth and Family Services Division for DC police. “Make sure nothing was missing. Also, to get updates on the case.”

Many with missing loved ones attended Saturday’s event held at Temple of Praise Church in Southeast, D.C. Family members say meeting with detectives and raising awareness about their loved one gives them hope in what feels like a hopeless situation.

“They don’t get any more tips or anything like that on her case anymore. It’s like her case is just sitting there waiting for someone to start looking at it more,” said Lisa Sullivan.

Sullivan’s 19-year-old daughter, Katelin Akens, disappeared on Dec. 5, 2015. Akens case is being investigated by the Spotsylvania County Sheriff’s Office. Akens was supposed to get a ride from Spotsylvania to Reagan National Airport they day she disappeared.

Credit: Lisa Sullivan
Katelin Akens has been missing since December 2015.

“My ex-husband is one of the last people to see her,” explained Sullivan. “He was supposed to take her to the airport and she has not been seen since.”

As of November, WUSA9 learned Sullivan’s ex-husband had stopped cooperating with the investigation.

Vernea Boone also hasn’t given up on finding her son, Leon Davenport. Davenport was last seen in Northeast, D.C. on Feb. 19, 2009. Boone said her son had gotten into a fight with his girlfriend. When police were called, Davenport fled. Police lost track of him as he crossed into Maryland.