An encrypted cell phone may hold clues to teen's disappearance

An encrypted cell phone and a series of text messages may hold the keys to cracking the case of a missing teenager. Nearly three years ago, 19 year-old Katelin Akens disappeared from Spotsylvania County under mysterious circumstances. 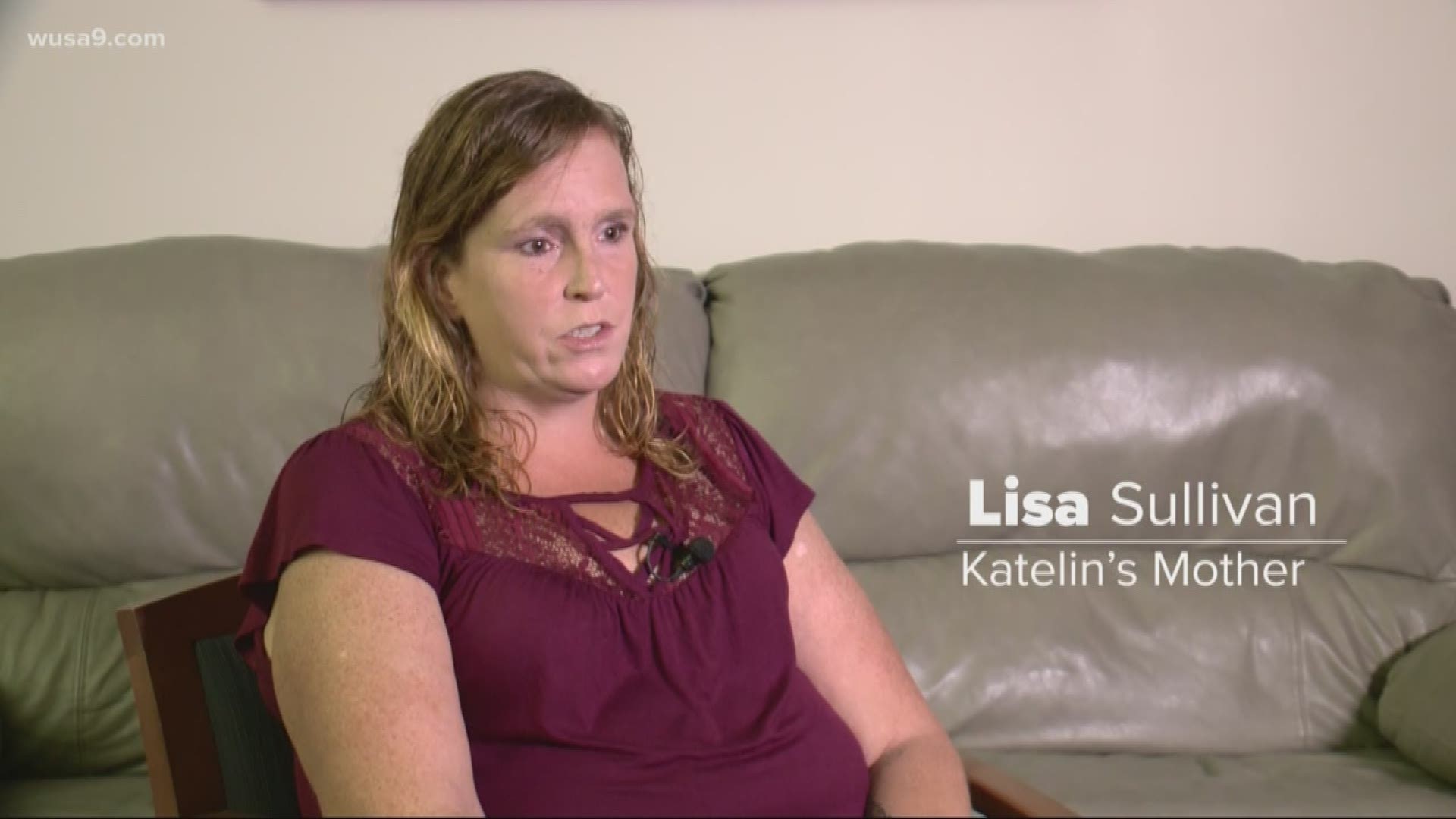 SPOTSYLVANIA COUNTY, Va. -- On December 5, 2015, Katelin Akens was supposed to fly from Reagan National Airport back to her home in Arizona. The 19-year-old never used her airline ticket.

"I think about it 24/7. I wake up thinking about it. We talk about it as a group all the time, the theories, the things we can do," said Senior Detective Sharon WIlliams of the Spotsylvania County Sheriff’s Office.

Katelin's former step-father James Branton was the last to see her alive. He'd agreed to drive her from his Partlow home to the airport, 80 miles away.

Katelin's mother, Lisa Sullivan, maintained an amicable relationship with Branton. She said, "He’s the only father figure that she’s ever had."

At 11:56 AM, Katelin messaged her girlfriend in Arizona. "Something came up," she wrote. "I’m not coming back today, I’ll let you know when I get a new flight. I won’t be able to text for a bit."

Branton: I dropped Katelin off.

Branton: Not too bad

Sullivan said his next text concerned her.

Branton: I dropped her at the Springfield metro station. She was going to take the metro to the airport since there is a stop at Reagan.

That comment worried Sullivan, who told us it seemed out-of-character for Katelin. Sullivan said, "She has not ridden the train since she was like six or seven years old. She would not know how to work it."

The investigation after Katelin's disappearance confirmed her fears.

"And that’s two o’clock and I can tell you her phone was never there at two o’clock. Her phone was in Fredericksburg, it was in Spotsy. And it never went farther north than Stafford," said Detective Williams.

At 2 p.m., another series of texts from Kaitlin’s phone to her mother:

Katelin: I’m at the airport. Battery dying so won’t be able to text for a bit

Sullivan: Ok let me know when you get on the plane.

Katelin: I’m staying with a friend

I need some time alone

I am very worried about you

"We’ve pulled video from Springfield Mall, from the Metro station and from the airport, and Katelin’s not on any of them," Detective Williams added.

Katelin’s former stepfather, James Branton, is an employee at Dahlgren Naval Base. We left messages for him on his cell phone and at his home. We also sent him emails to multiple accounts. He has not responded to our requests for his side of the story.

"The stepfather was cooperative with our agency initially," said Detective Williams. "Provided us his timeline of events, which also does not match up with the cell phone tower information that we’ve received."

Branton stopped cooperating with the investigation. Sheriff’s Deputies searched his home and seized an encrypted cell phone. He’s refused to turn over the password, and authorities have been unable to see what’s on it. And, he refused to take a polygraph. That turned the tide for Sullivan.

"He did something wrong," she said. "I tried to defend him until then."

Adding to the mystery, a shocking roadside discovery two days after Katelin vanished. A VDOT employee found her luggage. A blue rectangular suitcase with a broken wheel. Her wallet and ID were inside.

While Sullivan tries to keep her hopes up that her daughter is still alive, investigators have a different take.

"Sadly, I don’t," said Detective Williams. "This is a girl that talked to people every day. Every day, constantly on her phone. This girl gradually stopped talking to everybody on one day of her life, at 19 years old, I don’t see it."

Sullivan said her anxiety is relentless.

"I don’t sleep much. I don’t eat much. I just work a lot," she explained. "That’s what keeps my mind busy."

Even the discovery of a body would bring her relief.

"It would bring me something," she said, her voice cracking. "We would know where she’s at. We won’t have to keep worrying. We worry every day. That’s all me and my family talk about is Katelin."

Anyone with information is urged to call the Spotsylvania County Sheriff's Office at 540-582-7115.