Man stabbed outside of Popeyes remembered for his big smile, easy laugh

'Hatred and anger and death is around us constantly,' his godmother says. 'We got to get back to valuing one another. But it starts with self.' 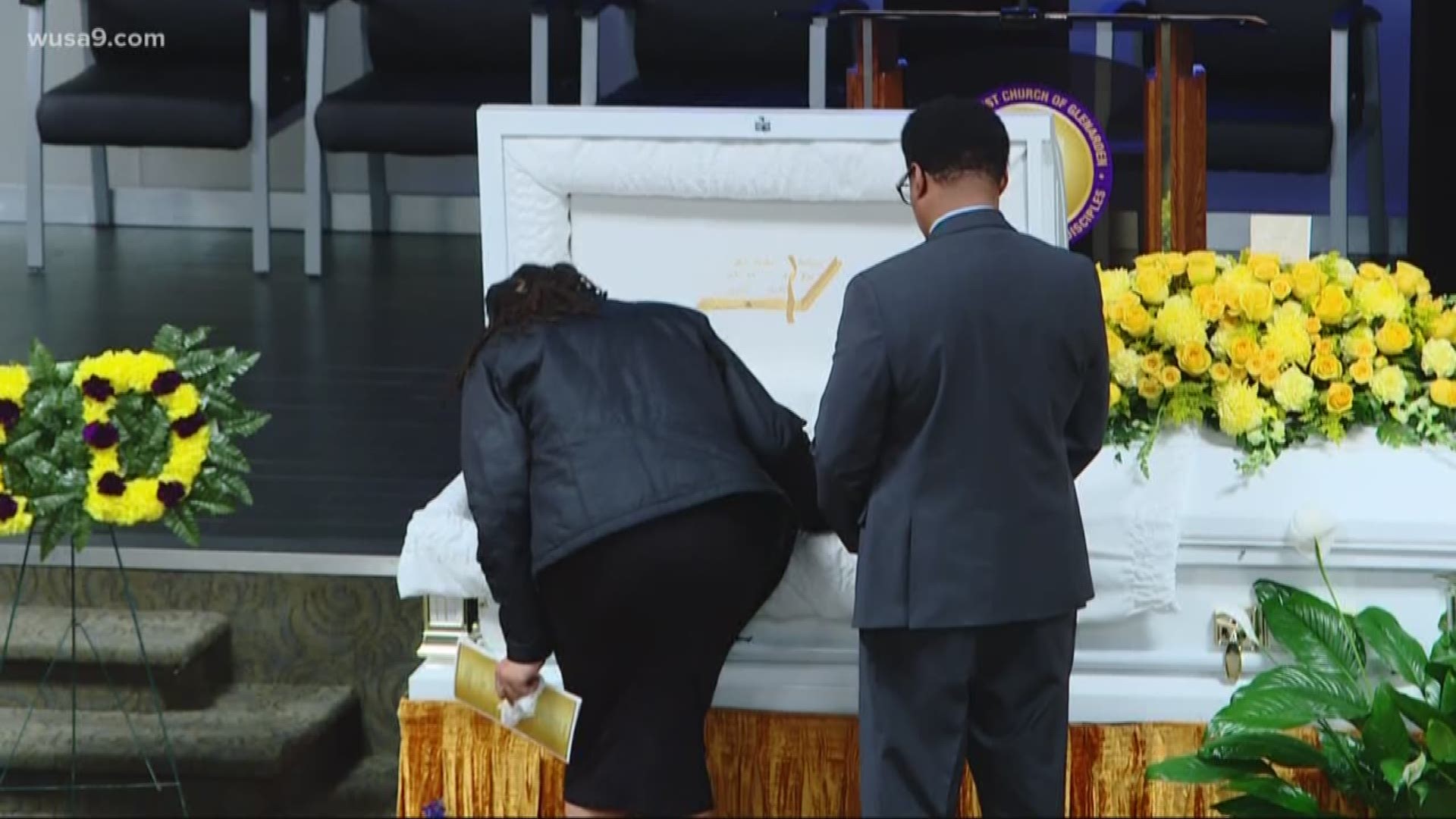 PRINCE GEORGE'S COUNTY, Md. — Friends and family remember the victim of the Popeyes' stabbing for his big smile, his easy laugh -- and his senseless death.

His relatives wept at a church in Prince George's County, and urged people to think about the consequences before resorting to violence.

Police said 28-year-old Kevin Davis got in an argument with a man waiting in line for a Popeye's chicken sandwich, and that Ricoh McClain stabbed Davis to death Nov. 4 after they both stepped outside.

Family and friends struggled to understand how a man so full of life was murdered over cutting in a line for a chicken sandwich.

"When you think of him, something like this is the last thing that you think of," Amina Ali, Davis' godmother, said.

She said his girlfriend worked at the Popeyes -- she could've given him a chicken sandwich.

"Hatred and anger and death is around us constantly," Ali said. "We got to [have] peace. We got to get back to valuing one another. But it starts with self."

RELATED: Police: Fatal stabbing at Popeyes happened after a man cut in line while waiting for a chicken sandwich

Hundreds of people crowded into the First Baptist Church of Glenarden to remember the high school military academy graduate. Family members said Davis loved to joke and to engage in playful debates on random topics.

"You will now live in glory and never to grow old," Davis' sister said.

There has been violence across the country surrounding the re-release of the Popeye's sandwich, the murder in Oxon Hill among them. The lawyer for suspect Ricoh McClain told a court McClain was at the restaurant with his wife and children.

"Look at the final result," Ali said. "His life is over. And Kevin's is as well. And I don't think a chicken sandwich or anything else is worth that."

A judge ordered McClain be held without bond in the Prince George's County jail.