'I would love to be able to go into the community to help law enforcement and to help kids change their lives,' Edmond testified. 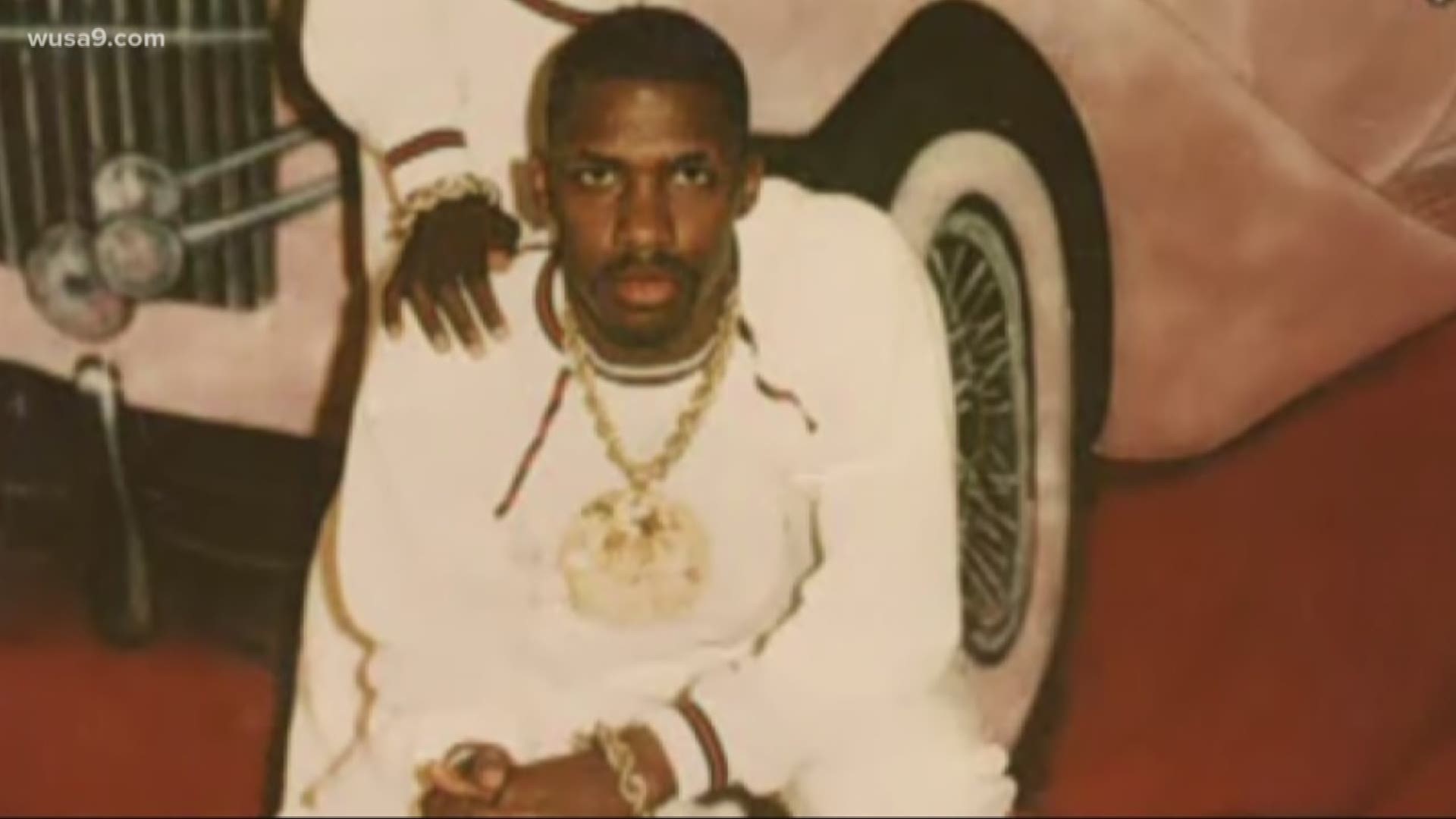 WASHINGTON — The legendary drug kingpin who's blamed for the historic 1980s crack cocaine wars that hollowed out D.C. neighborhoods for decades wants out of prison, and aims to come back to D.C. to be a pastor.

"I would love to be able to go into the community to help law enforcement and to help kids change their lives," 55-year old Rayful Edmond testified at a sentence reduction hearing conducted in U.S. District Court in D.C. Wednesday.

Judge Emmet Sullivan predicted the unique circumstances of the case would make it, "the most challenging decision of my judicial career."

D.C. Attorney General Karl Racine said Sullivan will have to balance evidence of Edmond's critical cooperation with federal authorities over decades, with the lasting damage the convicted drug kingpin wrought on the District.

"We were all, in short, victims and impacted," Racine added, noting that neighborhoods are still struggling with the legacy.

But a parade of former investigators and prosecutors testified that Edmond had transformed from one of the nation's most iconic '80s drug lords into the country's most prolific informant.

"He provided a target list for us and the FBI that lasted 10 years," federal prosecutor John Dominguez testified.

Edmond's information and testimony over the years put away a killer responsible for 30 murders and helped unspool the Cali and Medellin cartel operations in the U.S.

Investigators revealed Edmond was a cellmate of Pablo Escobar’s future brother-in-law. Retired prosecutor Richard Watkins said that after Edmond was caught in 1994 directing Colombian cocaine into D.C. using prison phones, he decided to cooperate with investigators despite the threat of death.

Edmond's performance as an informant was "an 11 on a scale of one to 10," Watkins said.

Dominguez said the risks Edmond took to inform over the decades were "extreme."

"He wouldn’t have lasted past lunchtime," had the convicts inside the Lewisburg Federal Penitentiary known he was a snitch, Dominguez said.

Edmond said he had a change of heart after being caught up in the prison drug case.

"I wanted to put my life as a drug dealer behind me," Edmond said. "I wanted to get out of that way of life."

"I knew it was wrong," he continued. "I was just sick about it."

Edmond's lawyer is asking for a reduced sentence from life without parole to time-served, which is over 30 years. U.S. prosecutors are asking for 40 years.

"He's been cooperating for over 24 years," Edmond's attorney Jason Downs said.  "It led to hundreds of indictments against more than 300 defendants. So in Mr. Edmond's case, he has surpassed substantial cooperation."

In 1998, during his time in prison, Edmond negotiated an end to a lethal gang conflict on the streets of Northeast D.C., according to testimony in court today.

Edmond phoned in from prison to a church service where rival gang leaders were present to encourage the successful truce, Pastor Willie Wilson of the Union Temple Baptist Church testified.

But D.C.'s divided on Edmond's request for a sentence reduction, according to Racine, whose office conducted town hall gatherings on the subject at the request of judge Sullivan.

"He ran the largest and most destructive narcotics distribution organizations in our city," Sullivan said during opening comments at the hearing.

Sullivan predicted he will decide the case within two weeks. Edmond has been held in protective federal custody at an undisclosed prison.