Did development around Ellicott City lead to worsening of catastrophic floods?

A study of the region stressed the impact that development can have on stormwater runoff. 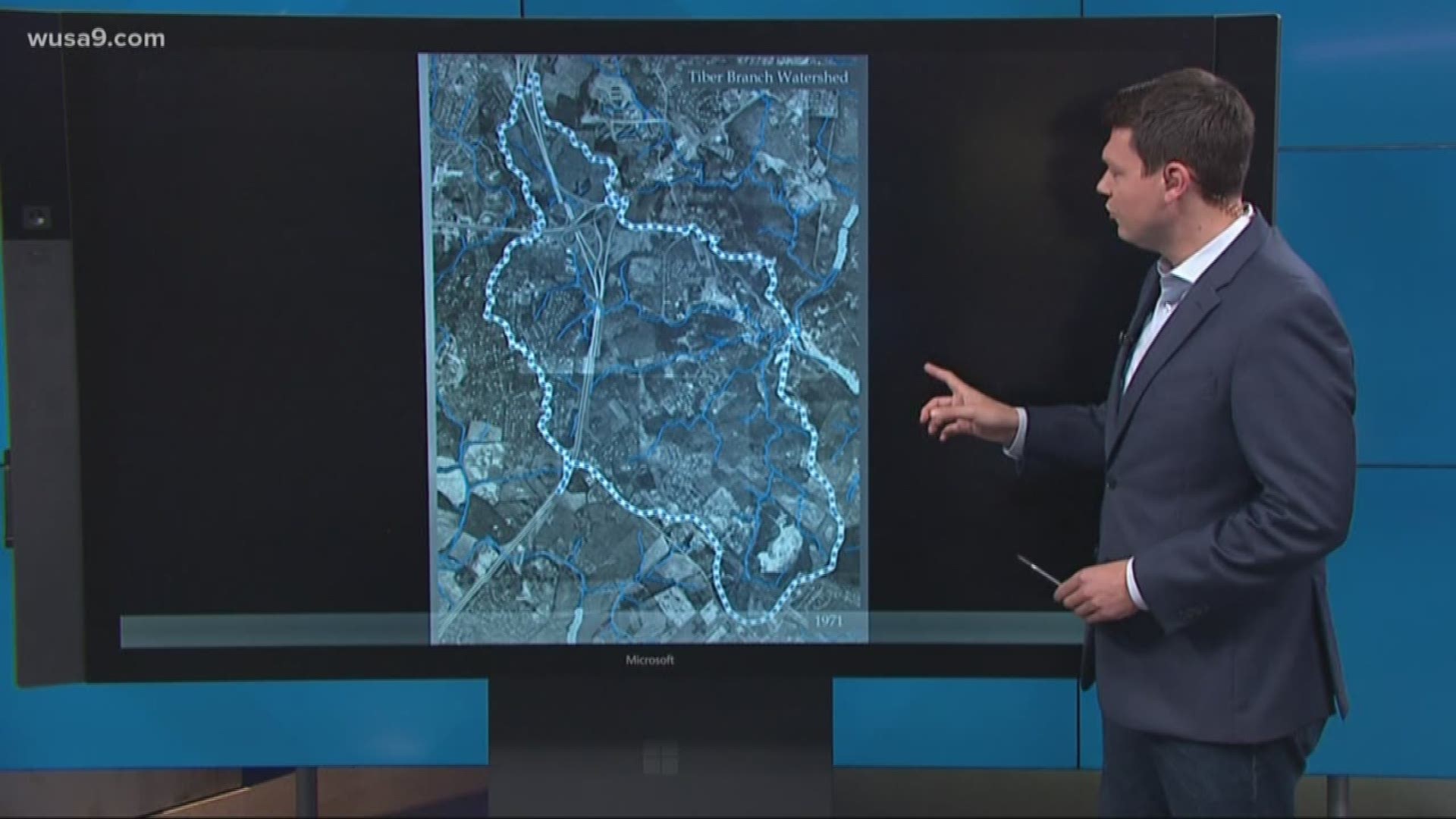 ELLICOTT CITY, Md. -- After the second devastating flood in Ellicott City in as many years, an idea resurfaced in online comments: Did too much development -- and a lack of water-absorbing surfaces -- make flooding more catastrophic in Ellicott City?

While we do not know all the specifics of this latest flood, we do know much more about the last flood thanks, in part, to a study by Howard County.

Hired consultants studied the flood of July 30, 2016 and found that Ellicott City is flood prone mostly because of its topography, nestled in steep hills and at the intersection of multiple streams.

The report, released only two months ago, stressed that development nearby is not the sole or primary source of flooding.

RELATED | Why Ellicott City is so prone to catastrophic floods

The study did, however, stress the impact that development can have on stormwater runoff. Most of this area near Ellicott City was developed prior to 1980, predating most stormwater regulations.

The report says the existing infrastructure in Ellicott City cannot contain 100-year rains. In fact, it can't even contain even smaller storms.

Preservation Maryland says the 2016 and 2018 floods have been different than the 13 major flood incidents before it because they descended from the top of the city and raced downward, instead of originating from the city below.

This point of difference has resulted in "more ferocious, damaging and life-threatening floods."