Immigration status is never a consideration when issuing vending permits, according to DCRA spokesman Jameel Harris. 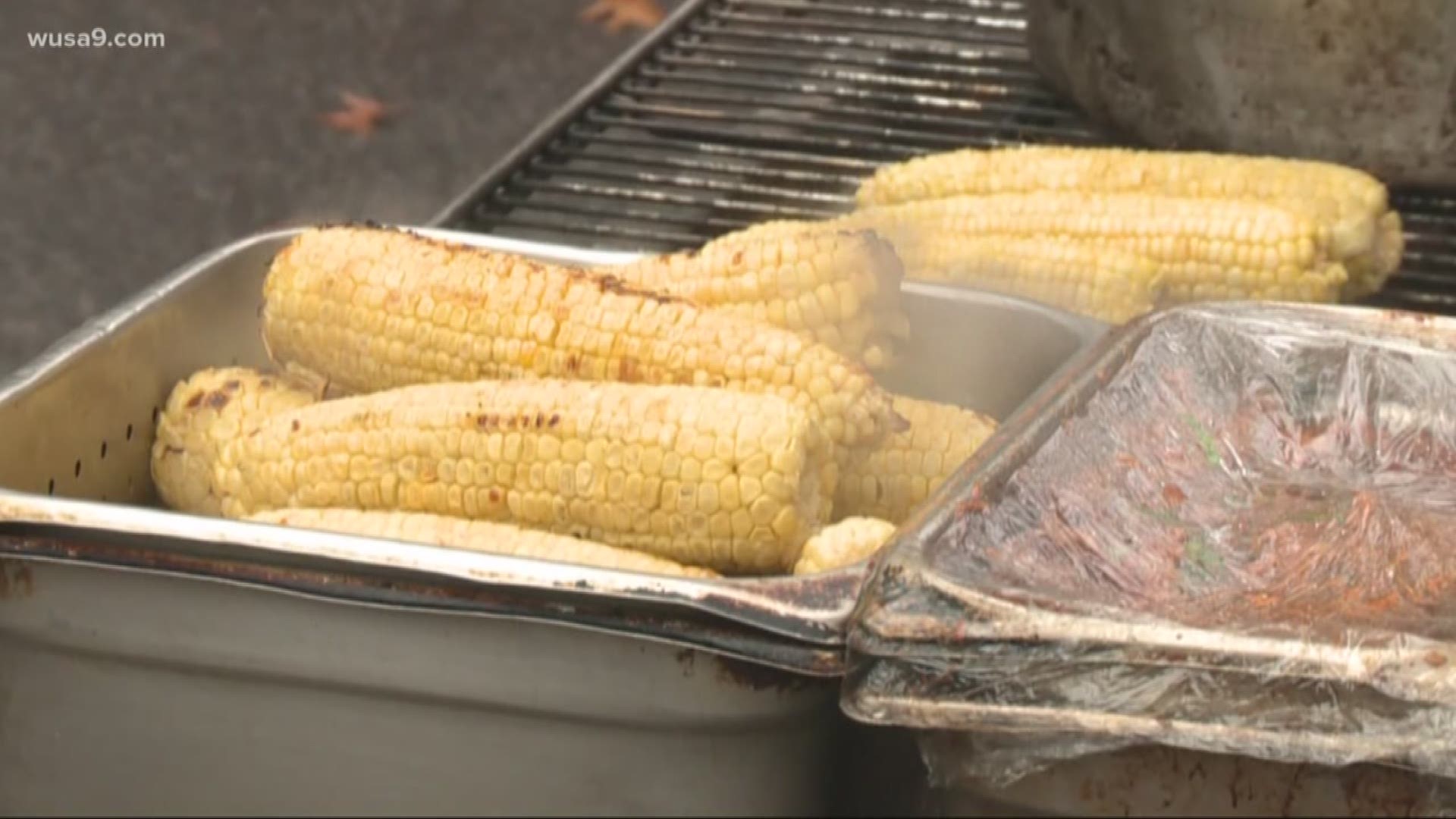 WASHINGTON — Two immigrant rights organizations accused D.C. police of unfairly cracking down on sidewalk vendors after a video surfaced of police in a confrontation with a 15- year-old girl who said she was selling plantain chips in Columbia Heights at the intersection of 14th and Spring St. NW

The organizations Sanctuary DMV and Many Languages One Voice also said at a press conference Wednesday that D.C. regulators do not give the sidewalk vendors licenses.

Thursday, a police spokesman said the incident is now the subject of an internal investigation and they have no response to the claims.

In a written statement, DC Department of Consumer and Regulatory Affairs Executive Director Ernest Chrappah said: "One of DCRA's primary functions is to issue licenses to businesses, including sidewalk vendors. DCRA has issued several licenses to sidewalk vendors in Columbia Heights who follow the regulations in place to protect the public."

Chrappah's statement noted: "Before a license can be issued, the applicant must demonstrate that their business is in compliance with the District’s regulations. These regulations, which include operational and design standards for food carts and stands, are in place to protect the health and safety of District consumers. When a vending operation does not meet the District’s regulations, they cannot be issued a license."

Immigration status is never a consideration when issuing vending permits, according to DCRA spokesman Jameel Harris.

WUSA9 spoke to owners and managers of a half dozen businesses near the scene of the confrontation Thursday. None said they had concerns about unlicensed sidewalk vendors on their block, however, all said aggressive panhandling in the block disrupts customers and hurts business.