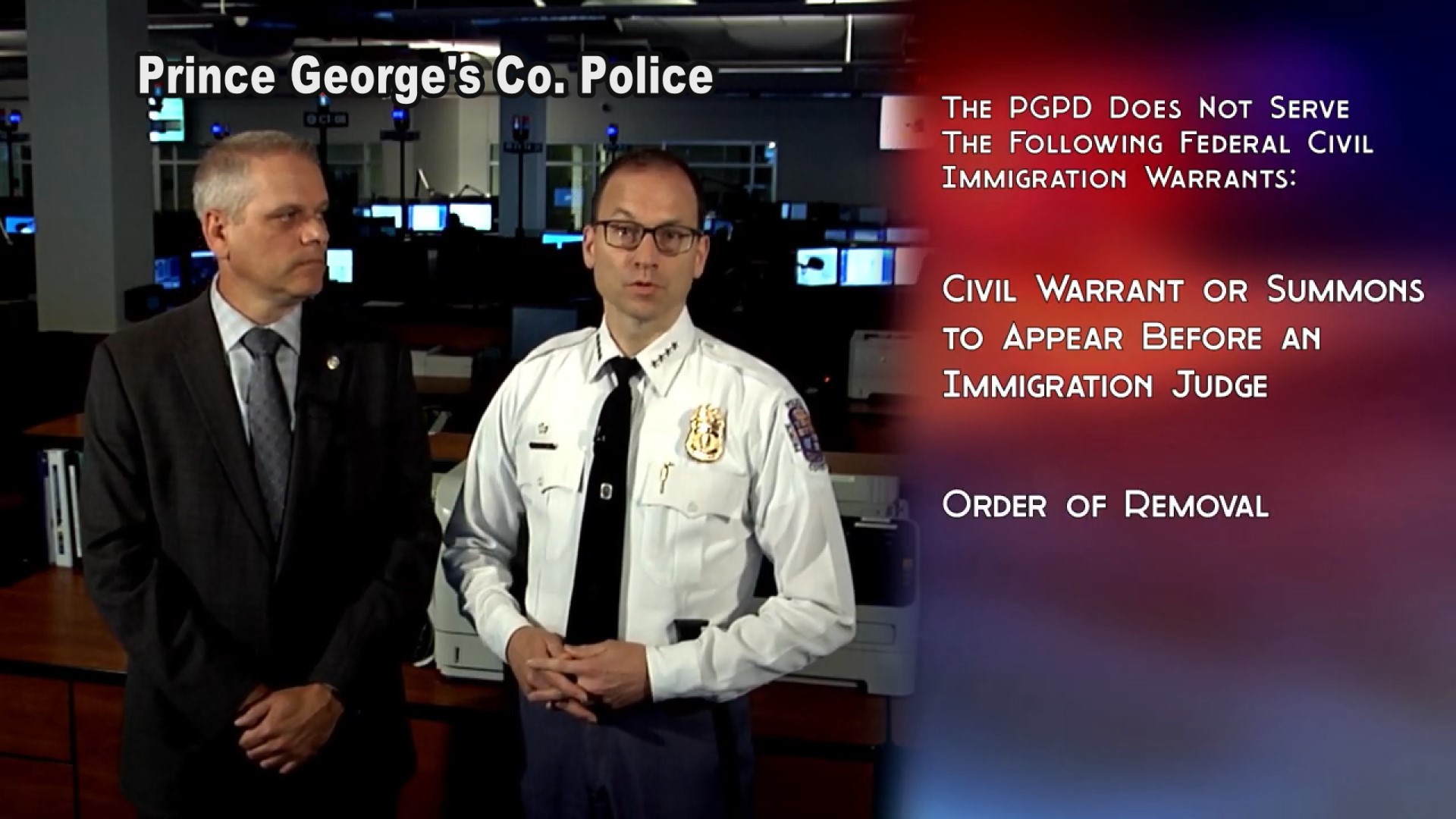 PRINCE GEORGE'S COUNTY, Md. — In the final legislative session of 2019, the Prince George’s County Council voted unanimously to pass the the Community Inclusiveness Act. The bill, proposed by District 2 Council Member Deni Taveras, "mandates that all County agencies not engage in immigration enforcement."

“This measure keeps us all safer," Taveras said. "It provides added assurance that the County’s Police Department will not perform the work of ICE, and that all residents, regardless of immigration status, can report crimes and rely on police protection, without fear of deportation.

The bill was introduced after residents were deported, or faced deportation, after routine traffic stops by police. County police already had a policy against immigration cooperation and coordination, but the bill turns the policy into law.

In early 2019, at least three undocumented county residents were arrested after police officers noticed warrants listed in a national database that was checked during routine identity checks.

Taveras also commented on what she hoped would be the bill's affect on residents participation in the 2020 census.

"Just as importantly, the passage of this bill sends a strong message to the immigrant community that it is alright to cooperate with government entities in light of the upcoming Census, ensuring that all our County residents feel comfortable being counted.”

RELATED: Census miscounting caused Prince George's County to miss out on more than $250,000,000

Taveras also plans to introduce legislation in 2020 that would expand the county's body-cam program, and another bill to address transparency in police tracking gang activity.

"Together these measures will help to ensure that all residents are treated equally, regardless of race or immigration status," she said.