'Yahoo Groups' to phase out, impacting communication within DC neighborhoods '

Many locals use Yahoo Groups to bring attention to policy issues, crime and even missing pets and packages. 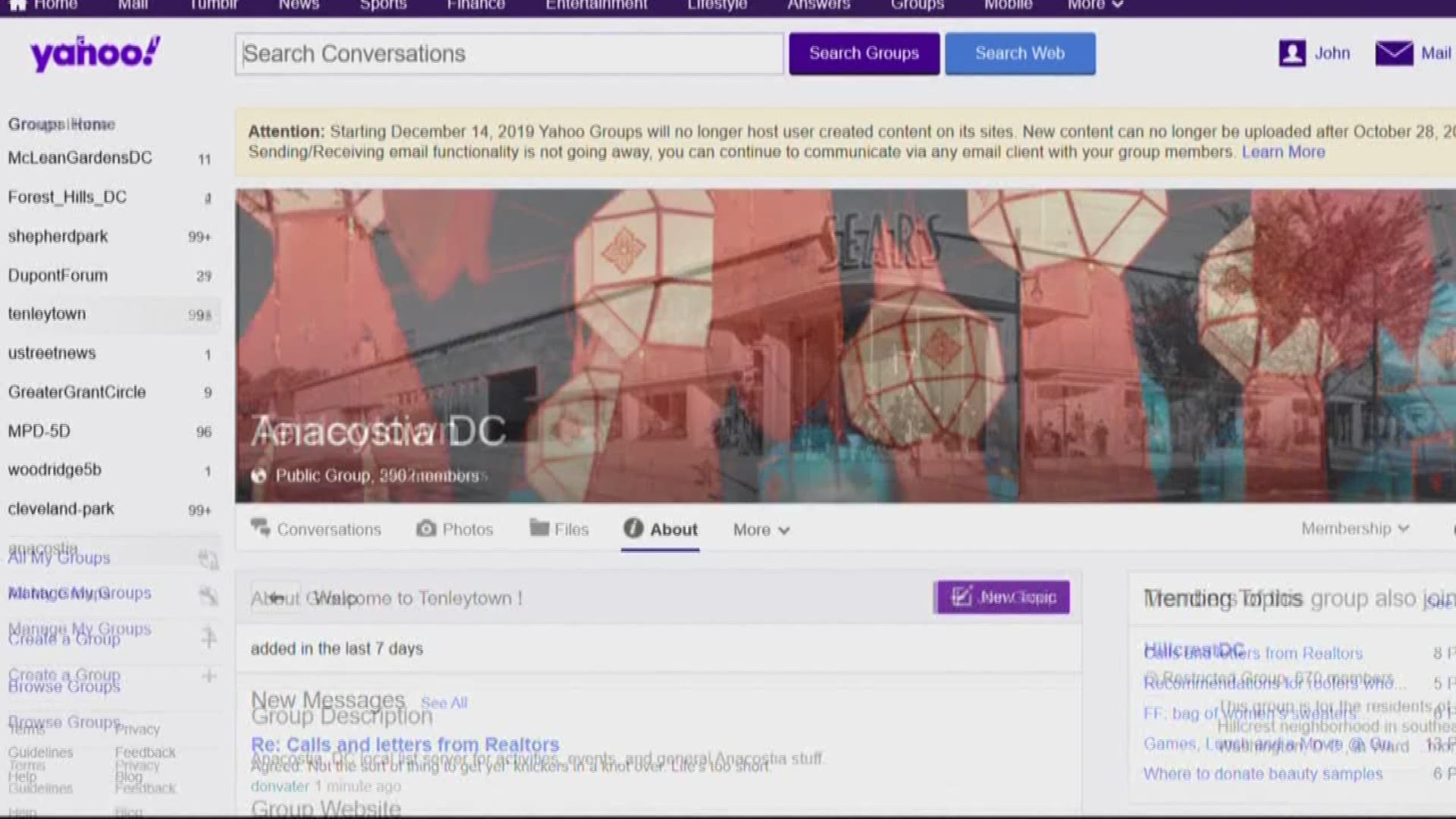 Dozens of neighborhoods in the District from Tenleytown to Anacostia use the Yahoo Groups website to create online forums for locals to bring attention to policy issues, crime and even missing pets and packages.

But, Yahoo recently announced that it plans to roll back the functionality of its service.

According to Yahoo, on Oct. 28, users will no longer be able to upload content onto the site. Then, on Dec. 14, all previously posted content on the site will be permanently removed.

In addition, all public groups on the website will be made private. However, users will still be able to communicate to other users within existing groups via email.

Yahoo has suggested group users save any conversations, pictures or links that they need from their community forums before they delete them in December.

On Thursday, MPD announced that it will now create nine new groups to replace the current community Yahoo groups with Google groups.

RELATED: Have a Yahoo account? Here's how to get up to $358 in data breach settlement

RELATED: How much money is Facebook, Google worth to you?