For now, they're living in style at the Willard Hotel. 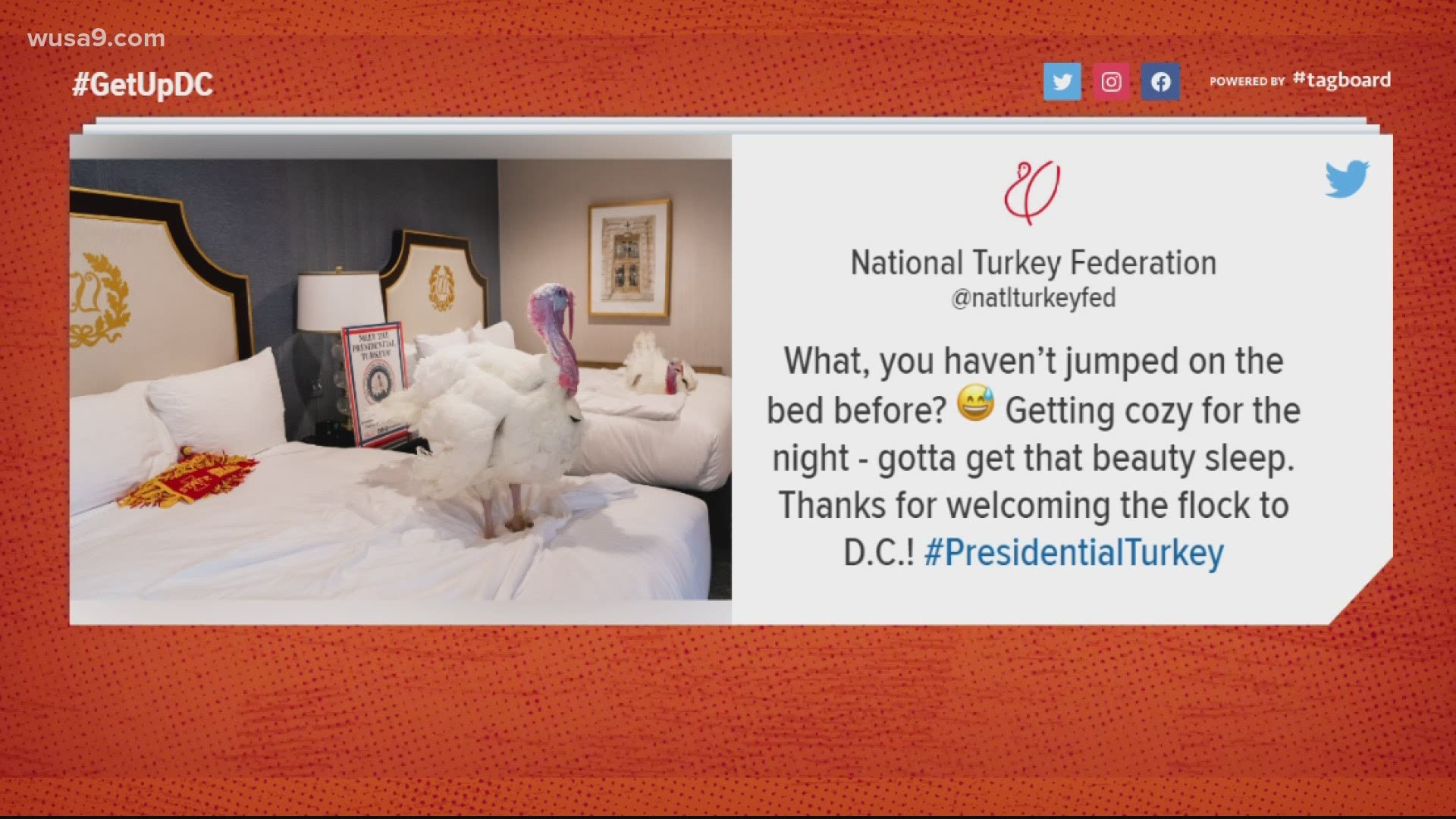 WASHINGTON — The two turkeys for the White House Turkey Pardon are officially in the District and are living it up at the Willard Hotel before their media debut.

The birds stayed in a suite at the Willard Hotel near the White House after arriving from Iowa over the weekend. They're being pampered in a luxurious way ahead of a Monday morning press conference where they will be introduced to the rest of the country.

During the press event, Chairman Ron Kardel of the National Turkey Federation will share more information on the annual event ahead of the annual pardon on Tuesday at the White House.

Oh, and the cutest part, their names are Corn and Cob.

The poultry duo rolled up in a chauffeured car and walked a red carpet to the entrance of the Willard Hotel. They were escorted into their suite where, they too, jumped on the bed.

Last year, the turkeys were named Bread and Butter and received their pardon and the official honor of being named 2019 Thanksgiving Turkey.

The National Thanksgiving Turkey Presentation is a tradition that first took off in 1947, according to the White House. The first president to grant a pardon came much later -- President George H. W. Bush was the first to formally grant the bird a Presidential pardon in 1989.

The act of gifting a turkey to a president has been around for a very long time, according to the White House Historical Association.

The annual White House Turkey Pardon is scheduled on Tuesday.